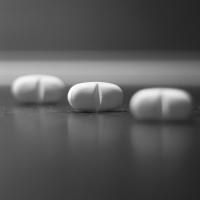 "Chuck," whose real name OPB is withholding at his request, told Think Out Loud that he's jumped through hoops and has tried many alternatives to opioids. He says he's afraid that if he uses his real name, his business will suffer and it will make dealing with the medical system even more difficult.

In the 15 years since his chronic neck and back pain began, Chuck has tried everything from stretching, exercise, acupuncture and massage to extreme treatments like nerve burning. He said he'd go off the meds immediately if he could do without them.

Chuck said he needs the medication, but he's not an addict:

"I like to think of it more like a dependence, like someone on a heart medicine and they have to have it everyday, a certain amount, in order to have a livable, decent life. And that's the way I see myself."

He said doctors' skepticism and the obstacles they present makes managing his condition even harder — and he's still in constant pain.

"I understand the caution, because so many people are abusing, but there are those of us — there's gotta be thousands like myself — that need to exist and need to carry on (our) regular lives."

His wife, Michelle, said that there is a big difference between the way an addict uses narcotics and the way her husband, Chuck, uses them.

"An addict takes their drugs to get away from life, and a chronic pain patient takes drugs to try to get their life back."

Michelle said both she and Chuck fully support all the alternative therapies for pain, like meditation and massage. He's tried them. But, she said, she's very concerned about what might happen if he can't get the amount of medicine he needs simply to get through the day.

Pharmacists are scheduled to start prescribing birth control directly to women in Oregon next month. The details are still being worked out.

Instead of getting a prescription from a doctor, women will be able to go directly to a pharmacist for their birth control.

Advocates say it gives Oregonians the easiest access to the birth control in the nation.

Fiona Karbowicz with the Oregon State Board of Pharmacy said women will still have to answer a 20-question risk assessment.

“The purpose of this is to evaluate any potential contraindicating medical conditions,” she said.

For example, a 35-year-old smoker may not be able to get the prescription because the risk of a heart attack outweighs the benefits of birth control.

The state is still working out how pharmacists will be paid.  Previously, they haven’t had to bill for writing prescriptions.

The state hopes the new system will reduce the rate of unintended pregnancies. About half of pregnancies each year in the U.S. are unintended.

Lots of human tissue is frozen, from blood to embryos.

But the size and complexity is constrained by ice crystals that form when frozen. Crystals can damage and even destroy a cell.

Researchers use what’s called a cryoprotectant, like the stuff you put in a car to stop the radiator water from freezing to reduce that damage. But cryoprotectants are toxic.

Now, Adam Higgins with Oregon State University says they’ve developed a new way of using cryoprotectants, “The way to reduce toxicity is to intentionally cause the cells to swell, but not swell too much," he said.

The findings were announced in the Public Library of Science. 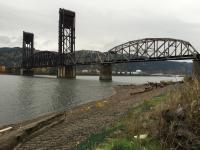 The National Remedy Review Board is meeting in Portland this week to consider the Environmental Protection Agency's (EPA) current strategy to clean up the Portland Harbor Superfund site.

The 11-mile stretch of the Willamette River was designated a Superfund site in 2000, and the EPA is charged with coming up with a strategy for cleaning it up.  Other nonprofits, community groups, tribes, municipalities and industry groups have already submitted their comments to the review board.

Human and ecological health is at risk from the chemicals that made their way into the river as a byproduct of industry and other human activity.

Barbara Smith, the spokeswoman for the Lower Willamette Group, which is made up of some of the potentially responsible parties — including companies like Northwest Natural and municipalities like the City of Portland. Smith told Think Out Loud that reducing the risks from the pollutants is the main goal of the Superfund cleanup. But she says each cleanup requires a mix of approaches:

"It isn't a one size fits all. And when you have a dynamic river system and an active harbor, like here in Portland, you really have to take into consideration the physical characteristics of the river. And a lot of the research that we've done has gone into determining  what works best where."

Some places, like the McCormick and Baxter site — the first in the harbor to get the Superfund designation — have been cleaned up already.

But much of the other cleanup will not move forward until the EPA comes out with final plan, expected next spring. Contaminants include heavy metals, PCBs, DDT, polycyclic aromatic hydrocarbons (PAH) from fossil fuels, and phthalates, which can interfere with human hormones.

The broadly stated options for river cleanup, include: sediment removal (the most expensive option); capping the soil and sediment; and what's called "natural recovery," essentially leaving the river alone, with little to no intervention.

Travis Williams, executive director of Willamette Riverkeeper, says what strikes him is how long we've known that toxics are a problem. He points out that Rachel Carson's "Silent Spring" — a seminal work documenting the health impacts from toxics in the environment — was published in 1962.

"And here we are, 50 some years later and we're still talking about leaving pollutants in the river, as if the natural river sediments of the Willamette can take care of [them] more than active remediation."

Cami Grandinette oversees Superfund cleanups for the EPA's region 10, which includes the Portland Harbor. She says that leaving contamination in a dynamic river system is not ideal, but cost is a factor for the agency.Grandinetti says the question is how to balance costs with human and environmental health.

"The goal of the Superfund program is a bit beyond reducing risks. There are clear criteria we have to achieve to actually protect human health and the environment. And so there, our goals are based on targets that reduce it to a certain level that we deem to be acceptable."

Health depends on a lot more than just the local health care system.

The economic stability of families; their education levels; physical fitness; even their eating habits play an important role.

To improve all those issues at once, the 'Oregon Healthiest State' was started last year.

It aims to get all kinds of organizations to work together, from businesses to government agencies and charities.

"But if you can gain enough momentum, they tend to carry themselves," said Robertson. Oregon’s well-being score has dropped since 2008 when it ranked 19th in the nation. It now ranks 27th.

The president of Mental Health America, Paul Gionfriddo, said researchers considered 13 elements for the ranking: from the number of residents with mental illness to access to care.

The president of Mental Health America, Paul Gionfriddo, said researchers considered 13 elements for the ranking: from the number of residents with mental illness to access to care.

“Oregon does generally poorly on the prevalence of mental illness ranking," he said. "In other words, there are more children and adults with mental illnesses; with dependence on alcohol or drugs; with serious thoughts of suicide.”

The study also looked at factors like how many people have access to insurance, whether that insurance is adequate, and how high are the barriers to accessing mental health care.

Minnesota was ranked at the top of the list for its mental health care, while Idaho and Washington also ranked near the bottom — coming in at 45th and 47th, respectively.

When looking only at access to care, Oregon did better in the study, ranking 21st.

Despite the low ranking, Chis Bouneff with the Oregon chapter of the National Alliance on Mental Illness defended mental health care in the state, saying the data used were from 2013.

"Oftentimes the difference between 2015 and 2013, those two years, may not be a big deal. But because you had a seminal event under the Affordable Care Act, in that we expanded Medicaid, it’s hard to look at this data right now and use it to really inform future policies,” Bouneff said.

Both Bouneff and Gionfriddo say they expect Oregon to do better when new data are included next year.

Portland has the lowest rate of preterm births of any city in the nation — according to a new study by The March of Dimes.

Portland has the lowest rate of preterm births of any city in the nation — according to a new study by The March of Dimes.

After decades of increases, the rate of premature birth in the U.S. is now declining. But not fast enough, according to the charity March of Dimes.  So it graded 100 cities on their rates.

At 7.2 percent, Portland's rate was much lower than anywhere else. Nationally, about 9.6 percent of births are preterm.

Aaron Caughey, the chair of the department of obstetrics at OHSU, said: "One of the reasons why we can do things here in Oregon that might be harder in other states, is there’s a willingness to work together with disregard of our own personal agenda, our own personal egos, to the best outcomes for the women that we care for.”

Babies born before 37 weeks can suffer from short-term breathing and heart problems, as well as long-term complications like cerebral palsy and poor vision.

PeaceHealth and Providence have signed a letter of intent to develop a new health and wellness center in Vancouver, Washington.