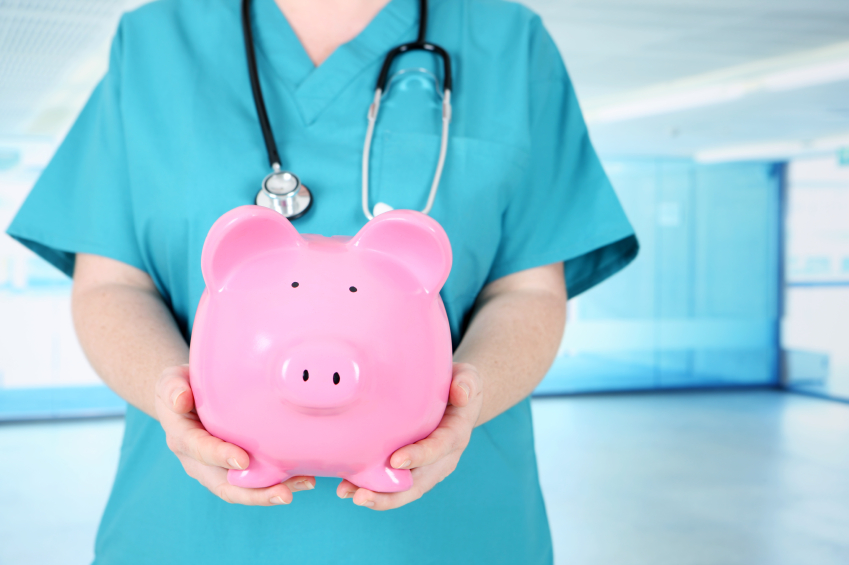 These are tumultuous times for St. Charles Health System. The nonprofit is losing its CEO and slashing its budget, and at the same time preparing to spend millions on new construction to upgrade some of the state’s smallest hospitals.

Among the recent news to emerge from the Bend-based health system:

Based on this series of events, It might seem that St. Charles is at odds with itself – laying off workers because of a budget crunch, while acquiring hospitals and going into debt to pay for new construction. But according to industry analysts, the Bend-based health system is making rational choices in response to a market being reshaped by the Affordable Care Act. Hospitals networks across the country are making similar decisions.

Healthcare organizations expect more people than ever to obtain health insurance and to make use of hospitals and clinics. But because of an expansion of Medicaid and changes to health insurance incentives, hospitals are worried about a squeeze on revenue, according to a recent analysis in Becker Hospital Review.

St. Charles operates four hospitals in central Oregon, and also owns a network of medical clinics throughout the region.

A St. Charles spokeswoman told the Bend Bulletin that the hospital system had to cut expenses by about $5.2 million to meet 2014 budget goals, after the chain did not meet budget projections in 2011 and did not make up enough of the difference in 2012. St. Charles reported a $30.6 million net profit to the IRS in 2012, up from $17.97 million in 2011.

Meanwhile, the chain is preparing to borrow $75 million to replace its Pioneer Memorial Hospital in Prineville and to fund upgrades at its other hospitals, in Bend, Redmond and Madras.

This look at St. Charles Health System is the fifth story in a Lund Report examination of the more than 50 hospitals licensed to operate in Oregon. These articles look at profit margins, hospital size and reach, and touch briefly on executive compensation. Part 1 profiled Providence Health System’s eight hospitals. Part 2 examined Legacy Health’s four Oregon hospitals. Part 3 visited with hospitals owned by four chains: Kaiser, Asante Tuality and Salem Health. Part 4 dug in to Samaritan Health Services.LINK HERE This week, we examine the hospitals of the St. Charles chain. Click on the accompanying Excel spreadsheet for a look at the data collected.

St. Charles Health President and CEO James Diegel’s 2012 compensation reflects the challenges the system has been facing. That year, he made $677,578 in pay and benefits – a 42 percent cut from the year before.

Click the accompanying spreadsheet on executive compensation for a full breakdown on how St. Charles Health’s executives were compensated in 2011 and 2012.

St. Charles - Bend, which opened in 1918, overshadows its sibling hospitals. It contributed close to 62 percent of its parent nonprofit’s revenue in fiscal year 2012. Built by Sisters of St. Joseph, the hospital ended its affiliation with the Catholic Church in 2010.

Henry was laid off in January 2014 as part of a broader cost-cutting and restructuring effort aimed at saving $2 million per year, the Bend Bulletin reported. Bob Gomes, who had been CEO of Pioneer Memorial Hospital and St. Charles-Redmond, was instead made the CEO of the Bend and Redmond hospitals. See the St. Charles-Redmond snapshot, below, for details of Gomes’ 2012 compensation.

Executive pay details for 2013 will not be released for roughly another year.

In January 2014, Gomes’ job description changed: He became CEO of St. Charles’ Bend and Redmond hospitals when the previous Bend chief executive was laid off as part of spending cuts across the hospital chain.

Pioneer Memorial Hospital opened in 1950, paid for by contributions from community members in Prineville. It joined the St. Charles family in 2008, while a community board remains in place to govern its assets.

Medicare and Medicaid designate Pioneer Memorial-Prineville as a critical access hospital. As a result, it is not allowed to have more than 25 beds, and the average length of stay for acute-care patients is capped at 96 hours.

On April 8, construction crews broke ground on a $30 million replacement hospital. The new Prineville campus will also include primary care and physician clinics.

In January 2013, St. Charles took over Jefferson County’s only hospital, tiny 25-bed Mountain View Hospital. Based in Madras, Mountain View was operating at a loss, struggling in part because of its heavy reliance on Medicare and Medicaid reimbursements. A small, rural independent hospital also lacks the purchasing power and home-office support that comes with being in a larger chain, which likely added to Mountain View’s challenges.

With the new owner came a new name: Mountain View Hospital is now known as St. Charles Medical Center-Madras. Joining the St. Charles family has been good for the Madras hospital, which is set to receive a $10 million upgrade.

Medicare and Medicaid designate St. Charles-Madras as a critical access hospital. As a result, it is not allowed to have more than 25 beds, and the average length of stay for acute-care patients is capped at 96 hours.

Because St. Charles-Madras was not yet integrated into St. Charles as of the 2012 tax filing, executive compensation figures for CEO Jeanie Gentry are not included in the system’s tax forms, and are not available for this report.

Apr 24 2014
News source:
The Lund Report
Keywords:
St. Charles Health System, hospital finances
×
This article is for premium subscribers. If you are one, please sign in below.
You can see two more premium stories for free. To subscribe, click here. We depend on premium subscriptions to survive, and they are tax deductible.
Sign InGo Premium Not now