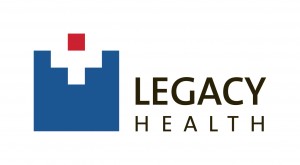 The bonuses are back. After offering almost no bonuses in 2011, Oregon-based Legacy Health brought back incentive pay for its executives in 2012, paying out more than $881,000 to its 13 highest paid executives on staff.

That’s just one of the findings in this latest installment of The Lund Report’s ongoing review of Oregon hospitals.

In this first stage of the project, we are publishing snapshots of each hospital in Oregon, along with a quick look at executive pay. Later, we’ll follow up with analysis that draws on these early stories.

Among the questions The Lund Report intends to address: Are Oregon’s hospital executives fairly paid? Do hospitals spend enough on charity care to help poor people receive needed care? Are they making smart decisions about their money? How is the Affordable Care Act reshaping hospital care in Oregon?

For the first installment in this series, we looked at Providence. Today’s story, part two, digs in to Legacy Health.

In addition, The Lund Report is reviewing Medicare claims data from the American Hospital Directory and hospital debt information from bond databases. The spreadsheets that accompany each article offer a glimpse at the underlying data.

Founded in 1970, Legacy Health combined Episcopal and Lutheran medical groups into a single chain. Today the system is home to five hospitals – four in Oregon, plus Legacy Salmon Creek in Vancouver, Wash. – as well as clinics, a hospice, and other health service sites. System-wide, Legacy Health employed more than 11,400 people. It says it collected $1.1 billion in net patient revenue from Oregon hospitals in 2012, about even with what it collected the previous year.  Legacy Health reported a $3.9 million profit for its 2012 fiscal year, compared to a $5 million profit a year earlier.

Salaries, benefits and other compensation actually cost Legacy less in 2012 than in 2011. It reported spending $96.4 million on these employee expenses in 2012, compared to $93.3 million the previous year. But top executives saw their pay climb.

The highest bonus went to Dr. George J. Brown, CEO of Legacy Health.  Brown’s official base pay was $917,307 during the nonprofit’s 2011-12 fiscal year – reflecting a 20 percent raise. Add in bonuses and other sources of income and his compensation was much higher. According to Legacy tax returns, Brown received $255,586 in bonus and incentive pay, and another $333,283 in deferred compensation – usually pay an executive collects later, when his or her tax rates are lower.  Add in benefits and other forms of compensation, and he received $1,831,835, a total compensation hike of 74 percent.

First established in 1912, the hospital now known as Legacy Emanuel has been through numerous expansions over the years. Most recently, in February 2012, it opened the nine-story Randall Children’s Hospital. Emanuel and OHSU are Oregon’s only Level 1 trauma centers, capable of providing top-level surgical care to trauma patients. Chief Administrative Officer Dr. Lori Morgan, who runs the hospital, was paid $391,816 in base compensation during its 2012 fiscal year - $536,439 with benefits and other forms of pay added in. A year earlier, her base pay was $384,281, and her total compensation including benefits was $497,544.

Located in a bustling neighborhood of Northwest Portland, Legacy Good Samaritan is known within the hospital chain for its specialty programs, rehabilitation and da Vinci surgical robot.

Though still bringing in more revenue than it spends on care, profits at Good Sam dropped for two consecutive years, falling by half in 2011, and declining another 19.2 percent in 2012.

Tony Melaragno ran the hospital as chief administrator until he became head of Legacy’s behavioral health and oncology program this January. He was paid $353,056 in base compensation in 2012 - $456,071 with benefits and other forms of pay added in. A year earlier, his base pay was $342,041, and his total compensation including benefits was $471,830.

Size isn’t everything. Though Meridian Park has far fewer beds than Emanuel and Good Samaritan, it is the most profitable of Legacy’s Oregon hospitals. But, as with others in the chain, profits are declining from year to year. Meridian Park is also Tualatin’s largest private employer.

Based in Gresham, Mount Hood Medical Center is the smallest hospital in Legacy’s Oregon system. Founded in 1922 as Gresham Community Hospital, Legacy Mount Hood has been at its current location since 1984.

Because it's located in Washington state, we aren't able to break out the financial, size and scope details included in other hospital snapshots - that data comes from Oregon-specific public records. But tax filings do provide some information about Legacy Salmon Creek.

The Vancouver hospital reported $218.4 million in revenue in fiscal year 2012, up 18.1 percent from a year earlier. But with expenses also climbing, Salmon Creek's profit actually dropped 3.5 percent, to $10 million.

Jonathan Avery, who was chief administrative officer at Salmon Creek through the end of 2013, was paid $302,880 in base pay in 2012 - $470,788 including benefits and other compensation. In 2011, his combined total compensation from Legacy was $420,345. This January, Avery left Salmon Creek and became chief administrative officer of Legacy Good Samaritan Medical Center.

Note: The subhead of this story has been edited to more accurately reflect the breakdown of Dr. George Brown's compensation package.

How do profitable organizations become non-profits?

I don't understand how Legacy and Providence qualify as non-profits?