This analysis by The Lund Report not only shows the salaries of the top executives at these hospitals, but also takes a detailed look into the profit, net patient revenue, reported charity care, available beds and emergency room visits.
By:
Courtney Sherwood 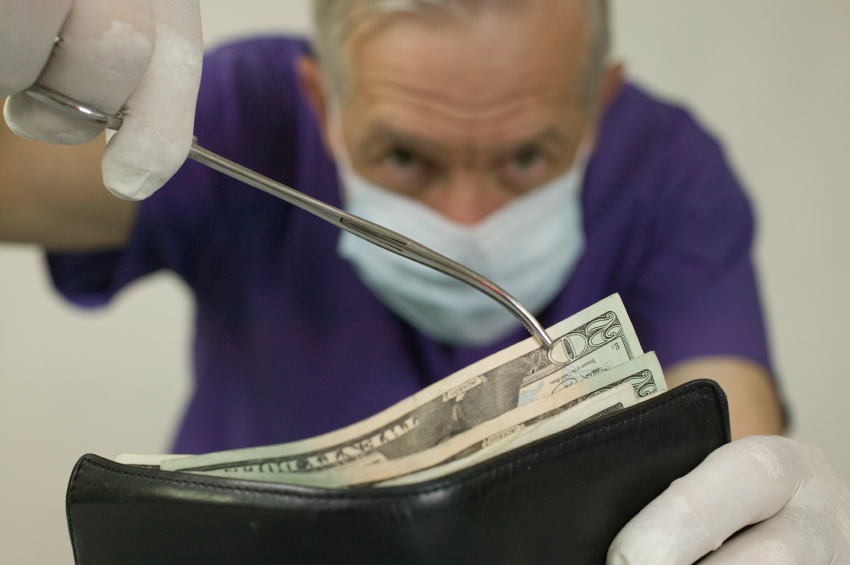 Non-profit hospitals across the state have a mission to serve their community, but an analysis by The Lund Report revealed that many of their CEOs are doing quite well for themselves, too. Across the spectrum of Tuality, Salem , Kaiser Permanente and Asante networks, hospital CEOs were well rewarded for their work.

Dr. Ashish Jha, professor of health policy and management at the Harvard School of Public Health, recently completed a study of executive compensation at every nonprofit hospital in the country. He found that typical CEOs earn between $400,000 and $500,000 –more at large institutions, or if they oversee more than one hospital, and less if they work in rural areas. Jha’s research looked at total reported compensation, a figure that includes actual pay as well as benefits like retirement plans and other benefits that executives don’t bring home.

Looking at Jha’s math, Tuality Healthcare CEO Richard Stenson, whose total compensation was $453,981 in 2012, was right in line with his peers. So was Win Howard at Asante Three Rivers Medical Center, whose $387,518 compensation package reflects the lower pay typical nationwide in rural areas.

But Roy Vinyard, CEO of the Asante system, did better than many of his peers across the country. The typical head of a two-hospital system would have earned $637,609 – while Vinyard’s reported compensation was $1.2 million. Salem Health CEO Norman Gruber, head of another two-hospital system, also did better than might be expected, earning $1.1 million in total compensation.

Assessing pay at Kaiser Permanente is trickier than with the other hospitals in this series. If Kaiser’s national CEO George Halvorson only oversaw his company’s 37 hospitals, he might expect to earn $2.6 million, according to a rough estimate based on Jha’s salary reviews. But Halvorson also heads up a multi-state network of insurance companies, medical clinics and research operations – areas the Harvard researcher did not factor into his compensation research.

These insights are the latest revelations from The Lund Report’s in-depth examination of Oregon’s hospital system. For the first two installments in this series, we visited with hospital chains based in the Portland metro area. Part 1 looked at Providence, and Part 2 examined Legacy Health.

Now in Part 3, we visit with secular nonprofits that own two or more hospitals across the state. They range from tiny Salem Health, which owns the smallest hospital in Oregon, to multi-state insurance and healthcare company Kaiser Permanente, which just opened its second Portland-area hospital.

In addition, The Lund Report is reviewing Medicare claims data from the American Hospital Directory and hospital debt information from bond databases

In these stories, we are publishing snapshots of each hospital in Oregon, along with a quick look at executive pay. Later, we’ll dig deeper into executive compensation and also ask other questions that build on these initial stories: Do nonprofit hospitals spend enough caring for the poor? How is the Affordable Care Act reshaping hospitals in Oregon? Are these institutions making smart decisions about their money?

Kaiser Permanente is for the first time beginning to reveal details about its Oregon hospitals, but there’s still much we don’t know. Kaiser is a massive integrated system of hospitals, insurance plans and medical offices with annual operating revenues in the neighborhood of $50 billion. Through fiscal year 2011 its annual reports to Oregon state officials, Kaiser didn’t break out details of individual hospitals, and instead the best available figures combined the results from 37 hospitals from across the U.S. into a single report. That changed in 2012, allowing The Lund Report to provide a first-ever look into the finances of Kaiser Sunnyside, which appears below. Kaiser’s new Westside Medical Center hospital opened in August 2013, and it will be about two years before we get the full snapshot of that new arrival.

Kaiser Sunnyside is the largest hospital in Clackamas County. First opened in 1975, it expanded in 1983 and again in 2007. It is home to the Northwest Center for Heart and Vascular Care, and is the center for most of Kaiser’s cancer care, neurosurgery and most of the system’s non-emergency inpatient surgeries in the region.

Profit: $47.4 million, prior year not available.

Built at a cost of $344 million, Kaiser Westside Medical Center opened in the Tanasbourne neighborhood of Hillsboro in August 2013. With less than a year in operation, it’s so new that many of the statistics included in this report can’t be compiled for this hospital. Kaiser Westside opened with 126 hospital beds, and planning that should allow it to expand to 174 beds in the future. The 421,000-square-foot building was built to LEED Gold environmental standards.

Salem Health is the organization that supports both Salem and West Valley hospitals. Total revenue across the system was $560.4 million in fiscal year 2012, with a profit of $10.9 million. The system ended the year with $896.1 million in assets, up 4 percent from FY 2011.

Salem Health also operates Willamette Health Partners, a network of physicians and nurse midwives, and is the largest private employer in the Salem area, with more than 4,300 employees as of late 2012. More recently, the nonprofit has partnered with Moda Health to offer Medicare plans within its region and also has teamed up with Moda, Oregon Health & Science University and Legacy Health to win a contract for Oregon’s public employees.

With just six staffed beds, Dalles-based West Valley is the smallest hospital in the state, but is busier than larger institutions that serve some rural communities.

Tuality Healthcare is a nonprofit that runs a small health insurance plan, a health education center and two hospitals, located in Forest Grove and Hillsboro – employing 1,400 people overall. Tuality Community Hospital of Hillsboro, the larger of the two, was founded in 1918, today Tuality Community Hospital maintains partnerships with OHSU and Pacific University. Although Tuality’s two hospitals have different names, buildings and locations, regulators oversee them as two branches of a single hospital. As a result, both report combined financial data and information to state officials about how many patients they see.

Medford-based Asante is a nonprofit healthcare company that owns two hospitals and operates a number of clinics along the Interstate 5 corridor in southern Oregon. Those hospitals – Rogue Regional Medical Center in Medford and Three Rivers Medical Center in Grants Pass – are at the heart of Asante’s efforts. These hospitals serve an older population base than many of their peers across Oregon. People aged 65 or older accounted for 39 percent of Rogue River patients, and 49 percent of Three Rivers Patients. Asante’s combined system-wide revenue was $532.4 million in fiscal year 2012, up 2.6 percent from 2011. System-wide profit was $52.2 million, up 21.9 percent.

Asante’s 2012 fiscal year ran Oct. 1, 2011, through Sept. 30, 2012, and right in the middle of that period Rogue Regional Medical Center experienced a change in executive leadership. Kent Brown stepped down in April 2012 after five years as the hospital’s CEO, and Scott Kelly was named to replace him.

Grants Pass-based Three Rivers Medical Center prides itself on its holistic approach to modern medical care. Patient rooms are secluded, and the hospital’s healing garden aims to promote tranquility. The hospital was designated a “Baby Friendly Hospital” by the World Health Organization and the United Nations Children’s Fund.

Next week: A Look at Samaritan Health Services

Apr 2 2014
News source:
The Lund Report
Keywords:
tuality, salem, kaiser permanente, Asante, hospital finances
×
This article is for premium subscribers. If you are one, please sign in below.
You can see two more premium stories for free. To subscribe, click here. We depend on premium subscriptions to survive, and they are tax deductible.
Sign InGo Premium Not now