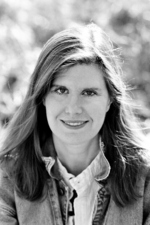 March 19, 2012 -- The Northwest Center for Alternatives to Pesticides will host a nationally influential environmental health activist when author Sandra Steingraber gives a free talk from 7 to 9 p.m. on Thursday, April 5 at the Old Church, 1422 S.W. 11th Ave. in Portland.

New evidence that physician attitudes and stereotypes about race, even if unconscious, affect the doctor-patient relationship in ways that may contribute to racial disparities in health care

March 16, 2012 -- Oregon Health & Science University is pleased to announce an important addition to its nationally respected Center for Ethics in Health Care. Dr. David Barnard, Ph.D., J.D., will join the university and ethics center as the Miles J. Edwards Chair in Professionalism and Comfort Care. The position is named after the late Dr. Miles J. Edwards, M.D., a distinguished doctor and ethicist at OHSU. Edwards died in 2006 following an extended battle with cancer. His final weeks were chronicled in a series of articles in The Oregonian.

For the second legislative session in a row, the bill could not overcome opposition from the insurance industry

March 15, 2012—Legislation requiring state agencies to purchase their prescription drugs through the Oregon Prescription Drug Program (OPDP) once again was unable to overcome staunch opposition from the pharmaceutical industry and insurance lobbyists.

Alternative Providers Turn to Rule-Making Process for Inclusion in CCOs

They want to see clear definitions of terms, and guidelines on reimbursement and provider capacity in these coordinated care organizations

March 15, 2012—Alternative health providers, including naturopathic doctors, chiropractors, massage therapists and acupuncturists, are turning to the Oregon Health Authority’s rule making process for coordinated care organizations (CCOs) to make certain their provider groups are on board.

March 15, 2012 -- Facing budget cuts, legislators reduced the amount of money going toward tobacco education and prevention before they adjourned, which set a dangerous precedent, according to advocates.

“Tobacco is one of the major cost drivers to the (healthcare) system,” said Brett Hamilton, executive director of the Tobacco Free Coalition of Oregon. “I recognize that Oregon, like the rest of the country, is struggling with the global economic recession and is facing numerous budget challenges for 2011-13.

OHSU Team Looks to Reduce the Number of C-Section Births

March 15, 2012 – Last month 21.7 percent of the babies born at Oregon Health & Sciences University were delivered via Cesarean section – slightly fewer than the number of C-section births statewide (28.2 percent in 2008) and lower than the national average of 32.3 percent (also in 2008), according to numbers released by the March of Dimes.