She also briefed the Health Policy Board on the financial deficits facing her agency over the next six years.
By:
Diane Lund-Muzikant 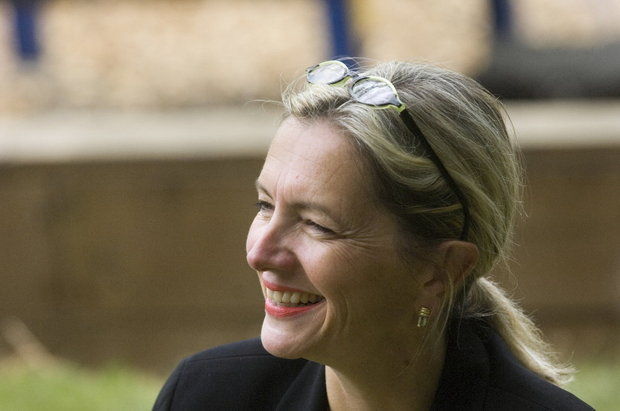 Lynne Saxton’s very close to deciding on a chief health systems officer to oversee the coordinated care organizations, and expects to announce her decision by late September, and also hire a Medicaid director by mid-October, along with an external relations director  and business IT lead. She made that announcement at yesterday’s Health Policy Board.

The CCOs, along with a leadership team convened by Saxton, who’s the director of the Oregon Health Authority, has been conducting interviews of the three finalists for the health systems officer, a newly-created position that’s being called a czar or czarina by some insiders.

Describing those candidates as having a diverse background, Saxton didn’t reveal their names. However, The Lund Report has learned that Dr. Robert Dannenhoffer is among the top candidates, and, actually had been appointed by then-Governor Kitzhaber to a selection committee that chose Saxton for the job.

Dannenhoffer would certainly bring a wealth of experience to the position, having created a CCO in Douglas County – Architrave Health – by bringing together physicians and the local hospital, Mercy Medical Center, to run the organization as equal partners.

Last February, Dannenhoffer was fired as its CEO. Even though he’s refused to speculate on why he lost his job, Kelly Morgan, CEO Of the hospital, told The Lund Report at the time that just before Dannenhoffer’s dismissal – which was a unanimous decision by the board – he had filed a Stark self-disclosure report against physicians in his community with the Centers for Medicare and Medicaid Services.

“Under attorney-client privilege I’m not at liberty to share the details of that self-disclosure report,” Morgan said. “But it had absolutely nothing to do with Bob’s dismissal.”

Looking over the next six years, Saxton shared a detailed financial report with the Policy Board, which showed the agency faces a $497 million budget deficit in the 2017-2019 biennium, with that number reaching $1.682 billion in 2019-2021. It also outlines the dollars recouped from the hospital tax and tobacco settlement, among other sources.

During the last legislative session, Saxton shared the same financial data with lawmakers, who questioned her about ways to reduce that deficit.

Sen. Richard Devlin (D-Tualatin), who co-chairs the powerful Joint Ways and Means Committee, challenged Saxton, she admitted, saying that it was a “pretty big ask,” if legislators had to come up with another half billion dollars in the2017 session.

But Saxton said she’s not scared, calling the potential budget deficit a platform for decision making. “This makes clear the importance of innovation in Oregon,” she said. “We need to work faster and harder and have no time to rest on our laurels.”

Saxton also intends to publicly release the revised 2015 rates for the coordinated care organizations later this week, following meetings with legislators. Using financial cost reports from the CCOs, several organizations are receiving more money, while others, such as FamilyCare, may be facing a significant decrease in payments.