March 13, 2012 -- The residents of Philomath voted in favor of water fluoridation this week, reversing a prior decision made last May from their city council to end fluoridation after over 30 years.  Their vote ensures that their community will once again have all the health benefits of fluoridated water. Dismissing un-scientific arguments against fluoride, this election recognizes over 60 years of research that supports the safety and effectiveness of fluoridation as the best public health solution for protecting every citizen’s dental health.

March 14, 2012 -- Those who go in for a colonoscopy may find they won’t take a hit to their pocketbook if the screening leads to another procedure such as removing a polyp. 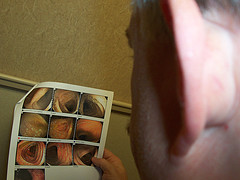 Republished courtesy of The Corvallis Gazette-Times

March 14, 2012 -- Two doctors who worked to add fluoride to Philomath’s water three decades ago on Tuesday saw voters approve putting it back.

Drs. David Cutsforth and David Grube, Philomath physicians, helped lead a petition drive to get measure 02-76 on the March 13 special election ballot. The campaign was launched by a group of community members called Citizens for Healthy Teeth. 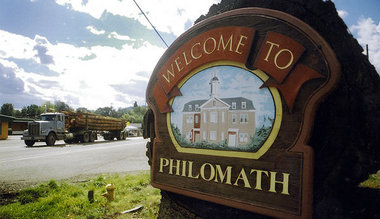 Their public healthcare system reached a record surplus of $5.28 billion last year and is one of the oldest systems in Europe

March 14, 2012 -- BERLIN -- As the Republican presidential candidates try to outdo each other over criticizing the Obama administration’s healthcare plan, several German healthcare officials who watch the debate in the United States are in disbelief as to why the American public doesn’t want a national plan.

Their reactions come as the German public healthcare system reached a record € 4 billion ($ 5.28 billion) surplus for 2011.

March 13, 2012-- Oregon passed historic health care legislation this past legislative session to move forward its health insurance exchange and to begin transforming and improving care under the Oregon Health Plan.

March 13, 2012 -- It’s a disturbing trend. Babies in America are being born too soon. As of 2006, the preterm rate for all live births in the US increased more than 30 percent, from 9.4 percent to 12.8 percent, according to the Centers for Disease Control and Prevention. While that trend has leveled out in more recent years, the U.S. preterm rate still rates poorer than that of many other countries, and remains below the levels here of just a few years ago.

The bill would have required the state to pay for drugs that treat mental illnesses, HIV/AIDS, cancer and immunosuppressant disorders

March 12, 2012—A bill that would have required the state to continue paying for drugs used for mental illnesses, HIV/AIDS, cancer, and immunosuppressant drugs until 2016 died in the last days of the Legislature, blocked by the House and facing a veto threat from Governor Kitzhaber.

Two of the state's three largest health insurers report gains in their surpluses, just as Insurance Commissioner Mike Kreidler continues to argue that the funds those nonprofits have amassed go far beyond what might be needed

Republished courtesy of Kaiser Health News and the Seattle Times

March 8, 2012 -- The National Institute on Alcohol Abuse and Alcoholism has funded a five-year, $21 million Integrative Neuroscience Initiative on Alcoholism grant to support a multi-site consortium led by an Oregon Health & Science University researcher.