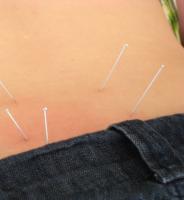 Oregon has the fourth-highest rate of prescription pain killer abuse in the nation, so the state is implementing new guidelines that will require doctors to give lower doses and shorter prescriptions.

That's a challenge for patients who've relied on opioids to deal with their pain. Alternative treatments such as massage and acupuncture don't always work. So Providence Health is also offering to re-educate patients about pain to help them deal with pain by learning to think about it differently.

Nora Stern, a physical therapist and manager of the "Persistent Pain Project," spoke to about a dozen patients about the re-education. "This class was designed to help us all start to talk about pain differently. There’s a lot of new information about pain that leads us now to understand what pain is differently and what the options are for treatment.”

We think of pain as pretty simple, she told them. Johnny rides his bike, falls off, scratches his knee and feels pain. But scientists say how we perceive pain is much more complex.  If Johnny’s mother isn’t around, for example, he might not burst into tears. Stern says soldiers in battle, who’ve suffered massive injuries, sometimes don’t register the pain from their wounds until much later. They're too busy trying to stay alive or complete their mission.

So, Stern said, pain isn’t just a result of tissue damage. Pain is what the brain says it is.

“The brain produces a pain response as a result of putting together information from the body and information from all these other parts of the system in general," she said. "To decide how threatening that information is and based on the threat value it assigns more pain or less pain.”  The threat doesn’t have to be physical. A painter who falls off a ladder and injures himself may suffer worse pain because he’s worried his injury means he won’t be able to work any longer, to pay his bills and support his family.

“You’re likely to feel more pain if you’re having a hard time in your life and people have that happen all the time,” Stern said.

After Stern’s class, people filed out quietly. People in pain don’t tend to be very chatty.

But Sherry Swafford, who has suffered from neck pain for 30 years, says the class was illuminating. She especially liked Stern's suggestion to think more deeply about daily activities and less about pain.

As a nation, we're used to taking pills for our pain. So patients can turn skeptical when someone suggests they should think differently about their pain as an alternative to painkillers.

“You know there’s as much science behind behavioral therapy and physical therapy as there is behind opioids," she said. "The efficacy actually looks better when we look at what data there is available.”

Back at the pain class, Stern tells her students that sometimes they need to understand that, as she puts it, "motion is lotion."

“Sometimes, (pain is a) warning us that we just injured ourselves. Sometimes it’s warning us about something else, like we haven’t been up and moving our bodies enough to have a healthy resilient nervous system," she said.

About a quarter of Oregonians on Medicaid get a dental visit each year. That compares to almost three-quarters of the general population.

Cavities and gingivitis might not sound like a big deal. But over time, poor dental health can lead to inflamed gums. And the bacteria from inflamed gums travel through the bloodstream causing everything from heart disease to cancer.

About a quarter of Oregonians on Medicaid get a dental visit each year. That compares to almost three-quarters of the general population.

Cavities and gingivitis might not sound like a big deal. But over time, poor dental health can lead to inflamed gums. And the bacteria from inflamed gums travel through the bloodstream causing everything from heart disease to cancer.

Rep. Alissa Keny-Guyer, D-Portland, especially wants women who are pregnant to be seen.

“It’s a very short window of opportunity and we know that at least 50 percent of them have dental carriers. And we know that that leads to premature birth," she said. "So how do we get to them really quickly and make sure that they see a dentist?”

The state has launched a work group to improve dental care access for Oregon’s poorest residents. It's expected to have a list of ways to improve access by September.

Oregon’s public health system is “minimal” in a third of communities, according to a new report commissioned by the Oregon Health Authority.

Public health deals with everything from immunizations to ending tobacco use. It also covers tests for lead and monitors factory emissions, which have been relevant issues in Portland and elsewhere statewide lately.

The state estimates it can conduct about five health assessments a year, but five times as many are needed to address environmental risks.

Lynne Saxton, director of the OHA, said the shortage of health workers is apparent across Oregon.

“In my travels across the state in the last year, many counties have said to me, 'We have one person trying to meet the entire needs of the public health system in our county and it’s simply not sustainable,'” she said

Oregon spends about $25 a person on public health each year. That compares to $40 in Washington and $95 in Idaho.

The state estimates it needs an extra $30 million out of the next legislature to modernize the system.

Oregonians could have saved 28 percent on their health procedures last year if they’d shopped for the best price, according to a new study from the Portland cost transparency company HealthSparq.

Oregonians could have saved 28 percent on their health procedures last year if they’d shopped for the best price, according to a new study from the Portland cost transparency company HealthSparq.

People with health insurance don’t usually shop the best cost on procedures like an MRI or hip replacement.

But over the last five years, insurance deductions have increased from around $300 a year to $3,000 a year. HealthSparq CEO Scott Decker said that increase is pushing people to shop more.

He estimates 11 percent of unnecessary spending in overall health care costs in Oregon could be eliminated by shopping.

“You can find even with your insurance, three, four or five times variation in price. So we need to be conscious consumers of health care, just like we are of anything else we shop for,” Decker said.

Such savings would amount to about $90 per person, per month.

HealthSparq's shopping applications is embedded in 70 health plans across the U.S. and allows comparison shopping within network.

Oregon has adopted new federal standards for the prescribing of opioids.

More people die from drug overdoses every year in Oregon than in car crashes.  And 43 percent of those overdose deaths are associated with opioids prescribed by a doctor. 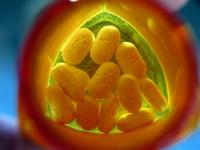 Oregon has adopted new federal standards for the prescribing of opioids.

More people die from drug overdoses every year in Oregon than in car crashes.  And 43 percent of those overdose deaths are associated with opioids prescribed by a doctor.

State epidemiologist Dr. Katrina Hedberg said doctors and the public need to be educated on using fewer opioids, for shorter periods of time.

“It is not that we want people to be in pain. It is that we have one tool and there need to be a variety of tools that are used to address chronic pain."

She said patients need to look to tools like acupuncture, exercise, and learn to function with low levels of pain.

The state task force on opioids will continue to meet into the summer to consider other issues, like how to deal with pain from dental work.

Oregon hospitals have joined together to say they’ll provide patients with an estimate for services within three business days.

Getting a hospital estimate may not seem like a big deal. But hospital prices are notoriously hard to pin down, and they vary widely.

For example, a recent study on hip replacements in Oregon found prices 20 times higher in one hospital than another.

Felicia Hagins with Service Employees International Union called the hospital estimate a welcome idea, but not a fix. “Since most Oregonians, 95 percent of us have insurance, oftentimes, we don’t actually get to choose which hospital we go to," she said.

That means you can’t comparison shop.

Other problems are that to get an estimate, the procedure has to be scheduled — and that isn't always possible, as when surgery is needed after a car crash. Also, the five percent of Oregonians who don’t have insurance probably can’t afford to get a procedure done, even if they’re told how much it would cost.

Health insurance premiums in Oregon are lower than the national average, according to new numbers from the Robert Wood Johnson Foundation — but that may not last.

Some Oregonians were shocked last week when health insurance companies like Moda and Providence asked for rate increases of about 30 percent for next year for the individual marketplace.

But Kathy Hempstead with the Robert Wood Johnson Foundation, said the companies are just catching-up with national pricing.

“Even though you might have felt like you had sort of a lot of price increase between 2015 and 2016, the Oregon market is still kind of under priced, compared to the national market,” she said.

The Oregon Consumer Department will analyze the proposed new rates over the next two months, to make sure they’re sustainable.

About 70 percent of Oregonians who don’t get insurance through their jobs are eligible for tax credits to help reduce the cost.