By:
Donald Orr and Samantha Matsumoto

It took months for Jasmine Cottrell to find a Black therapist who was taking on new clients..jpg 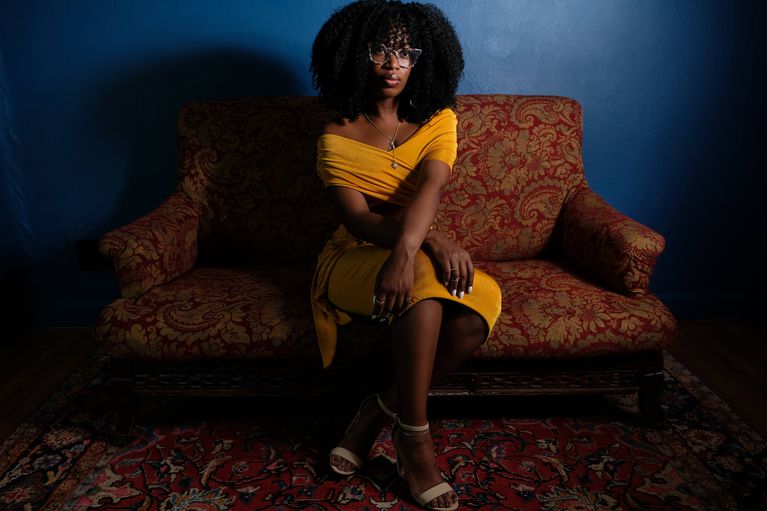 Since the beginning of the coronavirus pandemic, the number of Americans reporting symptoms of anxiety and depression has more than tripled. Among Black and Latino adults, those numbers have been even more dire.

Jasmine Cottrell began looking for a therapist in the fall of 2018.

She spent eight months on multiple waiting lists before she found one.

Cottrell moved to Portland from Alabama in 2017. As a Black woman, she struggled to find a therapist who looked like her in a city that’s abundantly white.

“It was a journey, I can’t lie about that,” Cottrell said. “I did a lot of research ... I had been talking with a bunch of Black folks around the country about ‘How do you find somebody that gets it?’”

That challenge can be familiar for Black Oregonians trying to seek culturally competent health care. For years, Oregon has consistently ranked among the worst in the nation for access to mental health care services.

It can be even more challenging for Oregonians of color like Cottrell who want to find a therapist who shares their background. Fewer than one-in-five clinicians in the state are people of color. And less than 1% of the state’s mental health care providers are Black.

Cottrell wanted to specifically see a therapist who was a Black woman. That way, she said, the therapist would have a better understanding of her lived experience.

“There are a lot of times where, especially in the society in which we live and the way that the world is right now, that I don’t want to have to explain why this is all really kind of crappy,” Cottrell said.

It’s particularly important for Black Oregonians to see a therapist who understands how race impacts their clients' lives, according to Portland therapist ZaDora Williams. Williams is a licensed clinical social worker and the founder of the Sankofa Center for Healing.

“Going to white clinicians has not been well (for my Black clients). For even the clients that I see that have had white therapists, it became an education session for them,” Williams said. “They just don’t have the cultural piece or the understanding of what it is to be Black.”

Those issues have only compounded since the onset of the coronavirus pandemic and the racial justice protests after the police killing of George Floyd. The number of Americans reporting symptoms of anxiety and depression has more than tripled since the beginning of the COVID-19 pandemic. Those numbers are even direr for Black and Latino adults who have reported worse mental health outcomes, increased substance use and more suicidal ideation than white individuals.

“These killings, these murders, these deaths aren’t new. It’s new to a lot of white America,” Cottrell said. “I think what happens for me, especially in therapy, is that I am working through some of the anger, our anger and frustration around it.”

In Portland, protests have continued nearly every night for more than 130 days. Williams conducted a study on the mental health impacts of the protests with the advocacy group Don’t Shoot Portland this summer. They found that just being present at a protest and witnessing police violence against demonstrators elevated people’s risks for depression and post-traumatic stress disorder.

Since March, Williams' schedule has been completely booked with clients. Williams said there’s a huge need for Black therapists right now — and there aren’t nearly enough.

Eventually, Jasmine Cottrell did find a Black therapist at Oregon Health & Science University’s Avel Gordly Center. She said it felt validating and has given her more skills to cope.

“One of the things we’ve talked about is finding the power and confidence in my voice and saying in the moment, ‘Hey, this isn’t OK,’” Cottrell said. “I don’t have to carry the weight of the world every day. I don’t have to march up this hill with this flag and teach the whole world why what they did is wrong. I don’t have to do that emotional labor, and that is really reassuring.”

ZaDora Williams said she works with her clients to help them cope with the reality of being Black in America.

“Sometimes we have to move with radical acceptance of ‘it is what it is’ and 'how do I still go on to experience joy? How do I not let this just consume me?”

Despite the wait, Cottrell said the search for a culturally competent therapist was absolutely worth it.

“If I could offer any advice, it would be to not give up when you’re not getting those calls back,” Cottrell said. “Someone’s going to cancel an appointment, someone’s going to not be able to make something. Get in while you can get on the waiting list and stick it out.”

This story was originally published by Oregon Public Broadcasting and is posted here through a content-sharing agreement among Northwest medial outlets.