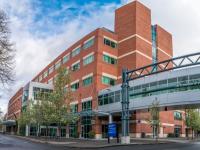 Many health care organizations are putting plans on hold as they wait to see what happens with the Affordable Care Act.

But one Oregon clinic is expanding anyway.

Virginia Garcia Memorial Health is a series of 16 clinics dotted around Washington and Yamhill Counties. They serve Medicaid patients, undocumented people who don’t have health insurance, and thousands of children.

Midwife and lead clinician for the new women’s clinic, Monica Arce, said pregnant patients are currently seen along with everyone else. But next week they’ll have their own, new women's clinic.

“By pulling the prenatal care out of primary care, we’re able to open up a little bit more space to see more patients in primary care and concentrate more on the care of the women while they’re pregnant,” she said.

Arce says Virginia Garcia has been growing since it started in a three car garage in Cornelius in 1975, regardless of the level of support from any presidential administration. 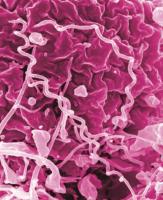 Oregon is in the midst of a syphilis epidemic according to the Oregon Health Authority. Cases of the disease have increased 2,000 percent over the last decade.

Back in 2007, syphilis had all but been eradicated in Oregon. There were just 26 cases.

“It is a big problem and in order for us to interrupt it, we really need the help of the healthcare providers to start asking their patients about some pretty direct questions" about their sex lives and their partners he said. "You know, whether they happen to have a history of methamphetamine use. Not for punishment or for stigma, but to make sure they get the appropriate health care.”

Doctors are testing some people multiple times — for example, men who have sex with men, and people who’ve previously contracted a sexually transmitted disease.

Oregon ranks eighth in the nation for the prevalence of syphilis.

The State of Oregon wants doctors to conduct a full patient evaluation when recommending medical marijuana.

The Oregon Health Authority is asking doctors to obtain a comprehensive medical history for patients, perform a complete physical, discuss the risks of cannabis and maintain detailed records.

Josh Taylor with the Oregon Cannabis Association thinks a full exam is a fair requirement, but he’s worried patients might have to pay another couple of hundred dollars to get their treatment.

“They’re already being hit with fees from the OHA to register their card. They’re already paying fees to see a doctor," he said. "It just doesn’t seem fair to pile on any additional fees for the patient."

The new guidelines strongly oppose smoking as a way to use marijuana.

So far this year more than 150,000 have signed up with healthcare.gov.

But what’ll happen if Obamacare is repealed?

So far this year more than 150,000 have signed up with healthcare.gov.

But what’ll happen if Obamacare is repealed?

“We know that today the law is in place and if you pay your premium, you will get coverage for that month,” said Lisa Morawski with the Oregon Department of Consumer and Business Services.

“You know we certainly are monitoring the situation very closely and will let people know what changes are coming and what, if anything, they need to do,” she said.

President Donald Trump and Congress have yet to come up with a widely accepted replacement for the Act.

But some GOP members, like Oregon’s own Congressman Greg Walden, are calling for it to be ‘rebuilt and repaired,’ rather than ’repealed and replaced.’

The chief budget-writers for the Oregon Legislature have released a spending proposal that includes cuts to state programs.

The proposal issued Thursday outlines how lawmakers might bridge an expected budget gap.

The head of one of Oregon’s largest health insurers, Moda Health, said the company will remain in the individual market for now. 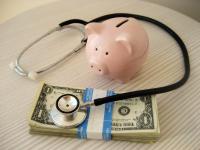 The head of one of Oregon’s largest health insurers, Moda Health, said the company will remain in the individual market for now.

But speaking on OPB’s Think Out Loud, Robert Gootee, said he’s worried about what will replace the Affordable Care Act, which Republicans have said is a priority under the Trump Administration.

“I think one of the things a Republican administration is going to have to do between now and April is to provide some certainly in the markets," Gootee said. "Which is what the original Obamacare and the ACA market did with risk abatement programs."

"You’re going to have to have something like that because you can’t pay for in essence, everything for everybody,” he said.

Gootee said it’s hard to set rates for next year when it’s not clear what the market’s going to look like.

He also said uncertainty has the effect of increasing rates.

One of President Donald Trump’s first executive actions was to sign an order urging his administration to fight the Affordable Care Act as much as possible.

That said, there are only limited places where the law gives the administration power to quickly change course.

The chief budget-writers for the Oregon Legislature have released a spending proposal that includes cuts to state programs.

The proposal issued Thursday outlines how lawmakers might bridge an expected budget gap.

Revenues continue to grow in Oregon, but the cost of providing services is growing faster, adding up to a $1.8 billion shortfall for the two-year budget cycle that starts in July, according to the co-chairs of the Legislature's budget-writing committee.

"I believe we'll start to hear from them once we start to have our public hearings that this is not adequate. It's moving backward," said Nathanson.

She and her senate colleague Richard Devlin drew up their plan without proposing any new revenue sources. They said those conversations are ongoing and a bipartisan agreement on tax increases is far from a sure thing.

Republicans, who serve in the minority in both chambers, offered some praise for the proposal. Senate GOP leader Ted Ferrioli called it a "budget based in reality."

Republicans have been cool to the idea of raising revenue to fill the budget gap.

"The only way Oregon will get through the current budget crunch is by setting better spending priorities and demonstrating budget discipline," said Ferrioli.

The Ways & Means co-chairs said their budget proposal would fund K-12 education at roughly $200 million less than the cost to continue services at existing levels.

Some education advocacy groups say the gap is even larger than that.

"We recognize that the co-chairs are in a tough spot," said Oregon School Boards Association director Jim Green. "But the budget proposals we are seeing signals a terrible cycle of future cuts for our schools."

The legislative proposal wouldn't mean as many cuts to higher education as a spending plan released by Gov. Kate Brown last month. But the co-chairs said it could still lead to higher tuition and staff reductions.

Another difference between the governor's budget proposal and the legislative budget framework is that the lawmakers' version does not recommend the closure of a new psychiatric hospital in Junction City.

Instead, the co-chairs would save money by reducing the number of patients being served in both Junction City and the state's main mental hospital in Salem. Like the governor's budget, the co-chairs' proposal does recommend shuttering an Oregon Youth Authority facility near Astoria.

Lawmakers convene Feb. 1 for a five-month session. Most budget decisions won't be finalized until after two more revenue forecasts — in February and May — give lawmakers a clearer picture of the revenue that will be on the table.

The president of Oregon Health And Science University isn’t waiting to see what Republicans do with the Affordable Care Act. In anticipation of deep cuts, he’s stopping the hiring of most new staff.