Legacy Health Systems is being fined $5 million — the largest civil fine ever imposed by the Oregon Bureau of Labor and Industries.

A statement from Legacy said it fundamentally disagrees with BOLI’s findings. It also said the investigation didn’t take into account the needs of patients and families, which sometimes require meal breaks to be deferred.

"Legacy Health has always been committed to creating a safe and healthy work environment. Legacy Health provides support for all of our staff in their work, including getting the meal breaks they are entitled to under the law. We remain 100 percent committed to ensuring the continued health and safety of our workforce," the health network said in a statement.

The statement also said Legacy will seek a hearing on the findings and vigorously defend itself.

The Bureau of Labor and Industries delivered notices of the fines to each of the three different hospitals. They said Legacy executives knew of the violations, but chose not to address them.

Legacy was fined more than a quarter of a million dollars last year for not giving staff breaks.

Researchers at the Fred Hutchison Cancer Research Center in Seattle found that patients enrolled in the same study have similar outcomes -- regardless where they live.

Survival rates for cancer depend on where you live — at least partially.

Urban patients tend to do better than rural patients. Researchers have long tried to figure out how that divide happens in the first place.

After three failed attempts, a grass-roots group has landed the initiative on the ballot, setting up an election battle over abortion in a pro-choice state.
By:
Jeff Mapes

We don’t usually celebrate failure in the United States, but the truth is that success often stems from it.

The surgeon in Bend, who's the Republican candidate for governor, also said he would protect women's reproductive rights.

The Republican candidate for governor, Knute Buehler, pledged made

The Oregon Department of Education is introducing a new gender option for students and teachers.

Starting this September — the new school year — they’ll have the option of marking "X" for gender on school forms, instead of just "M" for male or "F" for female.

The American Dental Association issued new guidelines for prescribing opioids Monday. Dentists in Oregon say they’ll be adopting them as soon as possible.

For years, many dentists have regarded the opioid epidemic as a problem largely for medical doctors. After all, physicians often prescribe painkillers for patients struggling with chronic pain that can last years. On the other hand, dentists usually only prescribe medications for a few days. An example might be for a patient recovering from oral surgery.  But a recent study found dentists are the leading opioid prescribers for young people ages 10-19, many of whom get their first experience with opioids when having their wisdom teeth out.  “Brains continue to develop until about age 25 and during that period in a young person, their brain is more susceptible to remembering that first exposure to anything, such as a narcotic. And that creates more potential for misuse later," said Dr. Bruce Austin, dental director for the Oregon Health Authority. Oregon's new opioid prescribing guidelines say most patients only need about 10 pills after oral surgery — or three days worth of pain relief. In the past, it wasn’t unusual to be prescribed 30 pills, or 10 days worth. 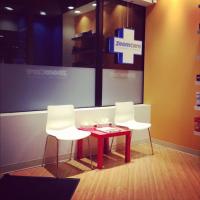 Oregonians need better information about health care costs, according to a new report from the consumer watchdog group OSPIRG.

“Most of us wouldn’t even buy a toaster without knowing how much it costs," said OSPIRG policy director Jesse O’Brien. "But you might be in a position where you have to buy a new knee, or some other very expensive procedure, without any clue what your bill is going to be and we think that’s frankly unjust.”

“Consumers have the right to know how much they’re going to have to pay, especially as their share of the medical bills keeps growing," said O'Brien.

"Price transparency can help contain the cost of health care.”

Philip Schmidt with the Oregon Association of Hospitals and Health Systems, agrees with the need for transparency. And he points to the ‘Oregon Hospital Guide’ website, where lots of price information is available. But he said issues other than price are also important, like the quality of care and following doctor recommendations.

The Oregon Health Authority is asking the public to say what it likes, dislikes and wants to change about the state’s 15 coordinated care organizations.

The CCOs were set up in 2012. But their contracts run out at the end of next year, and the state wants to know how they should change.

Should mental and physical health be better coordinated? Is there inequity in the system?

The survey is online until April 15.

The chair of the Oregon Health Policy Board, Zeke Smith, said the board is particularly interested in things that aren’t usually addressed in the doctor’s office.

“We want to figure out how we can move toward addressing what are called the social determinants of health, things like housing and things like education — so those pieces of a person’s life that really affect their health but are not about their relationship with their doctor or their health care system,” Smith said.

The big unknown is how new policies introduced by the Trump administration could change the system. 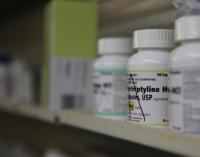 Under Oregon’s new law, drug manufacturers who increase the price of a prescription drug by 10 percent or more must inform the state of its research and development costs, along with its marketing costs, profits and the cost of the drug overseas.

“Every Oregonian should be able to access the medications and treatments that allow them to live healthy, productive lives,” Brown said.

“I think it sends a very strong message to the pharmaceutical industry that enough is enough,” she said.

In addition, the new law requires insurance companies to report the 25 most expensive prescription drugs in their plans, which ones have increased the most and how those costs affect premiums.

As the transparency provisions are being implemented, the law also establishes a task force to look at what additional transparency measures will shine a light on high drug prices.

A spokesman for the drug manufactures group PhRMA says the new law purports to address drug prices, but really only focuses on some cost drivers. He said other drivers include insurance actuaries, wholesalers and pharmacy benefit managers.

Pharmaceutical companies will be required to report on price increases greater than 10 percent beginning summer 2019.