These hospital systems have a relatively small presence in Oregon compared to their national expansion, yet are a major force in the state’s economy
By:
Courtney Sherwood 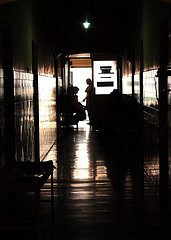 Some of the nation’s biggest healthcare companies have relatively small footprints in Oregon. Today, The Lund Report is digging into three of these institutions: Adventist Health, which runs 19 hospitals in the Western United States, and two giant Catholic chains, Catholic Health Initiatives and CHE Trinity Health, each with more than 80 hospitals nationwide. Elsewhere in the country, these nonprofits have been expanding. But in Oregon, those systems are relatively small - each has only two hospitals in the state.

This story is the seventh in a series of articles in which The Lund Report aims to examine more than 50 hospitals licensed to operate in the Oregon.

Click the accompanying spreadsheets to view the figures we’ve compiled.

Colorado-based Catholic Heath Initiatives is one of the nation’s largest healthcare systems, with 89 hospitals spread across 18 states, in addition to accredited nursing colleges, home-health agencies, other clinics and medical operations.

Despite its big national reach, CHI has a relatively small presence in Oregon, with just two hospitals in the state. Its Pacific Northwest reach nearly changed last year, when CHI entered into prolonged negotiations about merging with another Catholic hospital chain, Vancouver, Washington-based PeaceHealth. Talks ended amicably after the two nonprofits could not agree to a merger plan.

The Sisters of Mercy raised $12,000 from residents of Roseburg to build and open Mercy Medical Center in 1909. Nearly nine decades later, the hospital joined with other faith-based groups to found CHI.

Today, Mercy Medical is Douglas County’s only acute-care hospital, serving an area of more than 5,000 square miles and a population with often challenging medical needs. In documents filed with the IRS, Mercy Medical said its community’s “socioeconomic profile is like that of Appalachian America,” with high poverty rates, above-average tobacco and drug use levels, and lower educational attainment than the Oregon average.

St. Anthony Hospital in Pendleton was founded in 1901 by the Sisters of St. Francis, to provide comprehensive healthcare to community members, regardless of their ability to pay. In 1997, St. Anthony joined CHI.

In late 2013, the hospital moved in to a new $74 million building. This location has just as many beds, but brought an end to shared rooms. It also doubled the capacity of the emergency department. Demolition of the old 1922 hospital building is slated for this summer.

St. Anthony’s 2012 fiscal year – which ran from July 1, 2011, through June 30, 2012 – was a time of leadership transition. Randy Mee, who had been president and CEO, left that August. His total compensation for the portion of that year was $287,237. Jim Schlenker, who was already chief financial officer, also became interim CEO.

As of mid-2013, Harry Geller is now president of St. Anthony.

CHE Trinity Health - created by the 2013 merger of Catholic Health East and Trinity Health - is one of the largest Catholic healthcare systems in the country, with 86 hospitals in 20 states, and a broad network of other services. The combined nonprofits employ more than 87,000 people and have assets of about $19.3 billion. CHE Trinity Health is also the parent company of a regional network of Oregon and Idaho hospitals and clinics, St. Alphonsus Health Systems, which is based in Boise, and operates four hospitals in Idaho and eastern Oregon.

St. Alphonsus’ two Oregon hospitals both have experience in big chains. The institutions now known as St. Alphonsus -Baker City and St. Alphonsus -Ontario were both previously owned by Catholic Health Initiatives, and brought into its family of hospitals when it was founded in 1996. In 2010, CHI handed both hospitals -- along with one in Idaho -- over to Trinity Health, which renamed all three “St. Alphonsus,” and incorporated them into a regional health system along with a hospital of the same name that it already owned in Idaho.

The institution now known as St. Alphonsus Medical Center-Baker City has deep roots in its eastern Oregon hometown. It was founded as St. Elizabeth Hospital in 1897 with just three nuns on staff operating out of a building they had previously used for other purposes. Over the years, St. Elizabeth moved several times before expanding to its current location in 1970. The hospital was renamed St. Alphonsus Medical Center-Baker City when it became part of Trinity Health subsidiary St. Alphonsus Health Systems.

Baker County is a challenging area for a hospital. Designated as a low-income, medically underserved area, for years it has faced a shortage of mental health providers. The hospital has been aggressive in its efforts to recruit physicians. It succeeded in adding several new providers to its staff in calendar year 2012.

St. Alphonsus Medical Center-Baker City houses a Level 4 trauma center which is staffed around the clock with onsite emergency room physicians, rare for a critical access hospital in a community this size.

Ontario’s hospital started as a tent operated by six nuns in 1912, and for nearly a century it went by the name Holy Rosary Medical Center. It was renamed St. Alphonsus Medical Center-Ontario when it became part of Trinity Health subsidiary St. Alphonsus Health Systems.

The hospital serves a four-county region on the west end of Treasure Valley in southwestern Idaho and eastern Oregon. The region has consistently struggled to recruit adequate primary care and specialty physicians.

Adventist Health is a faith-based network of 19 hospitals and more than 230 clinics that employs more than 28,000 people across California, Hawaii, Oregon and Washington.

In 2012, the Roseville, Calif.-based chain began using a standardized electronic health records system across its outpatient network, after previously using the same system in its hospitals. Now the health system is working to standardize financial functions across its network. These efforts come as Adventist also focuses on improving health outcomes and decreasing hospital-acquired infections – goals that align with the nonprofit’s spiritual mission, as well as the pressures of the changing healthcare marketplace.

Robert Carmen, president and CEO of Adventist Health, received total compensation of $1.85 million in fiscal year 2012, up 3.6 percent from the previous year. But not all of that was in the form of take-home pay. Here’s how Carmen’s 2012 compensation broke down: $982,571 came in the form of base pay; $240,680 was bonus and incentive pay; $15,298 was retirement or deferred compensation; $23,566 came in the form of nontaxable benefits. Carmen also received $591,191 in “other compensation,” which was not fully described on Adventist’s tax forms. Carmen retired from Adventist this year, and was replaced by Scott Reiner, who had been an executive vice president at the nonprofit.

Portland Adventist Medical Center serves eastern Multnomah County, an area where the low-income population is growing as gentrification elsewhere drives poorer residents of the Portland out of the central city. The 248-bed hospital and its affiliated clinics also provide services in Oregon’s Clackamas and Washington counties and in Washington’s Clark County. Adventist Medical Center ended its 2012 fiscal year with $193.4 million in net assets, up 3.5 percent.

In 2014, Russell was promoted to corporate vice president of population health innovations for Adventist Health’s entire western network. Joyce Newmeyer has been named as his replacement effective May 30. She will be president of Adventist’s Northwest region, as well as president and CEO of Portland Adventist Medical Center.

Tillamook County residents built their community hospital at a cost of $1.2 million in 1950. In 1973, the county signed an agreement to have Adventist operate the site, under an agreement that continues through 2045. The hospital brings about $29 million in payroll to its surrounding economy each year. Adventist opened Tillamook Medical Plaza immediately east of the hospital in May 2013.

Davy left Tillamook to take the helm of Wallowa Memorial Hospital in early 2014, and David Butler replaced him as CEO of Tillamook Regional Medical Center.

Reporter Courtney Sherwood can be reached at [email protected].

May 7 2014
News source:
The Lund Report
Keywords:
hospital finances, Adventist Health, Catholic Health Initiatives, CHE Trinity Health
×
This article is for premium subscribers. If you are one, please sign in below.
You can see two more premium stories for free. To subscribe, click here. We depend on premium subscriptions to survive, and they are tax deductible.
Sign InGo Premium Not now