A resurrected policy would put tobacco sales under the same scrutiny as alcohol and marijuana and give the OLCC the authority to police licensees. Current law against sales to minors applies only to clerks, not businesses, and as many as one-fifth of tobacco shops regularly sell to underage teens.
By:
Chris Gray 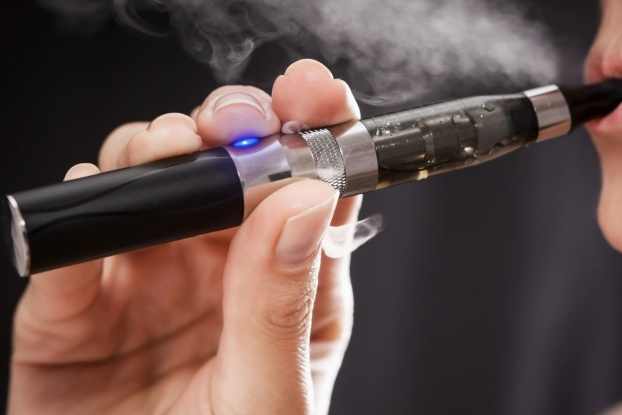 Sen. Elizabeth Steiner Hayward, D-Beaverton, is working overtime to get the football past the goal line for one of her top public health goals -- reining in Oregon’s high rate of tobacco sales to minors.

She wants to give the Oregon Liquor Control Commission authority over the sale of tobacco and e-cigarettes that it already has over alcohol sales and will soon have over recreational sales of marijuana. Her legislation would force tobacco vendors to be much more accountable for selling to people under 18.

To get there, Steiner Hayward has had to hew a narrow path with a compromise that displeases both public health officials and tobacco and e-cigarette vendors, who have proven inplacable in their opposition to state regulation, despite significant accommodations from the senator.

Steiner Hayward has offered an amendment over the objections of public health officials that will give e-cigarettes an exception under the Oregon Indoor Clean Air Act for the devices to be tested in their stores, as long as the shops don't sell alcohol or tobacco and don't allow minors inside. E-cigarettes would have to make up 75 percent of their sales.

She told the Senate Health Committee on Monday she had been persuaded by arguments from the e-cigarette vendors that sampling in the shops was needed to help people choose the right product to help them quit smoking, “which is a laudable goal.”

“I have some concerns about some of the chemicals used with the inhalant devices which is why they need to be part of the Clean Indoor Air Act overall,” Steiner Hayward said. “I still think they are less worse than inhaling or chewing tobacco.”

The final amendment could also include a state pre-emption against counties enacting their own bans on using e-cigarettes in vape shops, which Multnomah County has already done.

The accommodations come in a legislative environment that has not turned out to be as liberal as voters might have expected when the Democrats gained a supermajority in the 2014 election. A comprehensive women’s health bill with numerous sponsors was sunk last week by reservations over the abortion issue.

“I’m not in love with allowing vape shops a sampling exception but I want this to pass,” added Sen. Laurie Monnes Anderson, D-Gresham.

The current bill bans the sale of tobacco and e-cigarettes within 1,000 feet of a school, but Steiner Hayward is willing to allow existing stores to avoid this rule, and is ready to remove a prohibition on tobacco sales in stores with a pharmacy. Otherwise, this would end the sale of tobacco at stores like Fred Meyer, Safeway and Walgreens.

Dr. Jennifer Vines of the Multnomah County Health Department testified that the state's most populous county was ready to move forward with local licenses for tobacco sales if the state fails to act. She supported the bill, but maintained her reservations about allowing vape customers to test products in stores: “It exposes vape shop employees and unsuspecting individuals sharing the same indoor ventilation system to the potential harms of secondhand vapor.”

Tia Henderson at Upstream Public Health said despite reservations about the indoor smoking ban exception, her organization still supported Steiner Hayward's efforts. Executive director Mel Rader wanted the amendment to require the shops to bar minors at the door, and put in place the same seating limitations now in place with the exemption granted cigar shops.

But the vaping industry is still fighting state oversight: “E-cigarettes are not tobacco products,” said Will Krause, president of the Northwest Vapor Association.

“Nicotine is addictive no matter how you get it,” responded Steiner Hayward. Notably, vape shop owners have argued repeatedly they are in favor of a ban on minors using their products, acknowledging the state needs to restrict access to them.

The original bill, Senate Bill 417, appeared dead after Senate Business Committee Chairman Sen. Lee Beyer, D-Springfield, did not schedule before last week’s deadline. But the policy has been resurrected in a different bill appearing before the Senate Health Committee, Senate Bill 663.

Currently, the state doesn’t regulate tobacco retail sales beyond a regular business license. The only penalty is a $500 fine waged on the clerk who sells tobacco to a minor.

Oregon is only one of a handful of states that doesn't license the sale of tobacco, she added. “The manager of the store has no responsibility for the [illegal] sale. That is not true of alcohol.”

As a result, Michael Tynan of the Oregon Health Authority’s Public Health Division said 21 percent of Oregon tobacco vendors readily sell to minors, according to undercover state investigations that have hired minors to buy cigarettes. In Multnomah County, the rate has been as high as 31 percent.

Republican Sen. Jeff Kruse of Roseburg, limited his comments against the bill to the Oregon Liquor Control Commission: “I think the OLCC is one of the most inept agencies in the state. You may want to consider a different home.”

Jesse Sweet, a policy analyst at the OLCC, ignored such comments and told the committee: “OLCC staff is ready, willing and capable to take on the additional responsibilities described in the bill." He later added that the first-time violation for an alcohol vendor caught selling to someone under 21 was the choice of a $1,650 fine to the licensee or a 10-day suspension of alcohol sales.

At an earlier hearing on SB 417, Republican Sen. Fred Girod of Stayton questioned the figures from the Public Health Division on sales to minors, citing U.S. Food and Drug Administration data showing that 94 percent of Oregon vendors comply with the law. A closer look at that data, however, indicates that not one of those compliance checks involved a minor trying to purchase tobacco.

Any Republican opposition to the licensing of tobacco shops, which sell a highly addictive product known to cause cancer, is ironic given that the party has worked to thwart medical marijuana shops from offering a non-addictive medicinal product to patients and supported efforts by conservative counties and municipalities to bar their medicinal dispensaries outright.

The medical marijuana industry does not have the deep pockets of the tobacco industry, however. Altria, the parent company of Philip Morris, spent $125,000 just last year bankrolling the campaigns of Oregon legislators.