Rep. Brian Clem’s version of Senate Bill 1531 would allow local governments to put a one-year moratorium on medical marijuana dispensaries, which gained state sanctioning on Monday. The bill had stalled after the House and Senate Democrats could not agree on whether cities and counties could prohibit the dispensaries in their communities.
By:
Christopher David Gray 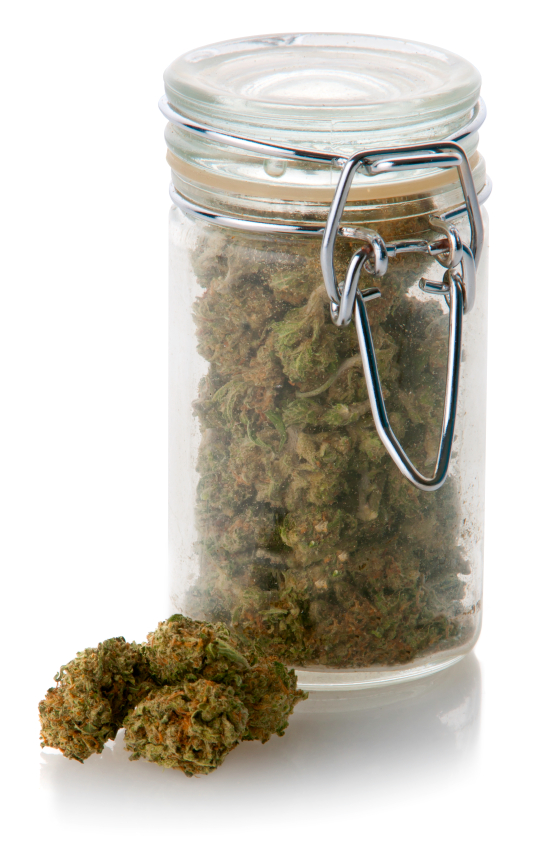 Rep. Brian Clem, D-Salem, has put forward a compromise that will clear the way for local municipalities to bar medical marijuana dispensaries from their domains for a year while they prepare to develop policies to regulate incoming outlets. The dispensaries gained state sanctioning last year through House Bill 3460.

Clem’s compromise gives cities and counties the right to pass moratoriums on dispensaries, but only until May 2015. They also have to enact such moratoriums by May 1, 2014.

His compromise also asks the Oregon Health Authority to make rules about the packaging of edible marijuana products, a sticking point for Rep. Andy Olson, R-Albany, who showed photos on the House floor of pot ice cream and marijuana-infused soda pop, products available in California, which he said were targeted at teenagers.

The House adopted his compromise on a 51-6 vote Wednesday.

The amendments to Senate Bill 1531 were added Tuesday evening in the House Rules Committee. The two Republicans attending the hearing -- Rep. Bob Jenson of Pendleton and Rep. Wally Hicks of Grants Pass -- still balked at the amendments, and promised to bring the older version back to the House floor, which would allow local governments to supercede state authority and ban dispensaries outright.

The Republicans dropped their version after lobbyists representing cities, counties and county sheriffs agreed to support Clem’s compromise, considering it better than nothing.

Prozanski told The Lund Report last week that he could not accept an outright ban. As chairman of the Senate Judiciary Committee, he has the the power to block the bill in the Senate and force a conference committee between the two chambers. With little time left in the 2014 session, the Legislature could easily adjourn before that committee reaches a compromise, killing the bill and preventing local governments from enacting any restrictions on the dispensaries.

“My county would like to regulate them,” said Clem, referring to Marion County. “We needed a path through the Senate.”

Clem has gained a Solomonic, dealmaking reputation in the Legislature, with this recent bargain following a unanimous deal to clean up land use issues in the Portland metro area -- despite his residence in the Willamette Valley. He was also the driving force behind the Bad Actor Bill in the 2013 session, which cajoled Salem Health to drop its lawsuit against the Salem coordinated care organization and reach a deal with other members of the CCO, including the Willamette Valley Providers Health Authority, a physicians’ group.

The battle over medical marijuana dispensaries has sparked heated language on both sides as the state grapples over how to best regulate and distribute medical marijuana to patients, while bracing for the legalization of recreational marijuana, which Oregon voters will likely get a chance to decide in November.

“Forces in the Legislature really like the unregulated dispensaries,” said Rob Bovett, a former district attorney from Lincoln County and now the legislative counsel for the Association of Oregon Counties, which wants local control.

The Association of Oregon Counties and the League of Oregon Cities both argue they already have the authority to bar dispensaries, but liberal Democratic lawmakers dispute this, arguing sovereignty lies with the state.

“I am convinced that the Legislature has the responsibility to regulate medical marijuana,” said Rep. Phil Barnhart, D-Eugene.

The three Marion County commissioners, all Republicans, have led a particularly aggressive campaign to rein in marijuana dispensaries. One of them, Patti Milne, is using it as an election-year issue as she seeks to oust Senate President Peter Courtney, D-Salem.

Legislators on both sides of the issue acknowledge they support getting marijuana to people who need it. Jenson said Tuesday that he knew of terminally ill people who have been helped by pot, and didn’t want to stand in the way of those who depend on marijuana, peyote or narcotic medications.

But Republicans and moderate Democrats do want to give cities and counties the opportunity to prohibit marijuana dispensaries. These outlets have existed for years in Oregon but the state passed a law only last year giving official recognition to dispensaries, which supporters say are the easiest and safest way for patients to receive marijuana. About 300 stores received state sanctioning on Monday.

Without dispensaries, patients must know and rely on someone to privately grow the weed for them.

“Yeah, it is messy. We aren’t going to make it unmessy in this session,” said Barnhart, who criticized federal laws against marijuana and the ‘“War on Drugs.” “We have a completely untenable law, which even the federal government realizes is untenable.”

Bovett actually sat on the committee charged with implementing HB 3460, and while he respects their work, said they were unable to rein in a wide-open system. “The rules are not the problem. The law is the problem,” Bovett told The Lund Report.

He said that the state has little oversight on how and where the marijuana is produced, since the dispensaries are intended to rely on surplus from growers already in the program. He added that both liquor stores and pharmacies are among the most heaviest regulated businesses.

The Oregon branch of the American Civil Liberties Union and longtime medical marijuana advocates like Geoff Sugerman have framed the debate as a civil rights issue, in which patients should not be denied access to their medication based on the unlucky circumstance of their residence.

“A city council or county commission could not just ban liquor stores or smoke shops or hookah bars from their jurisdiction,” Sugerman told The Lund Report.

The list of communities that have tried to ban dispensaries is growing, however, to include conservative redoubts like Medford as well as Portland metropolitan cities like Tualatin, Wilsonville, Sherwood, Gresham and Tigard, along with Marion and Yamhill counties.

Becky Straus of the ACLU said her organization could not support the Clem compromise, since it still allowed local governments, however temporarily, to block access to needed medicine.

Rep. Mitch Greenlick, D-Portland, shared the ACLU’s concerns and spoke against the compromise on the House floor, but Rep. Paul Holvey of Eugene was the only Democrat to vote with him.

“I don’t believe there’s any evidence at all that medical marijuana facilities harm families and children,” Greenlick said. “I think the practice of barring legitimate healthcare facilities is a mistake, even if it’s temporary. This is a bad precedent.”

The Senate now must take up the House version of SB 1531, which includes Clem’s compromise, and that could happen as soon as Thursday. Whatever the outcome, Oregonians can probably expect to see the Legislature revisit the issue in 2015 if not the judicial system.