Public health advocates on the Senate Health Committee want to protect children with a ban on candy-flavored tobacco that’s clearly targeted to minors, but their bill also seeks to ban flavored e-cigarettes, which are far and away the most popular type for adults, who say the devices help them quit smoking tobacco.
By:
Chris Gray 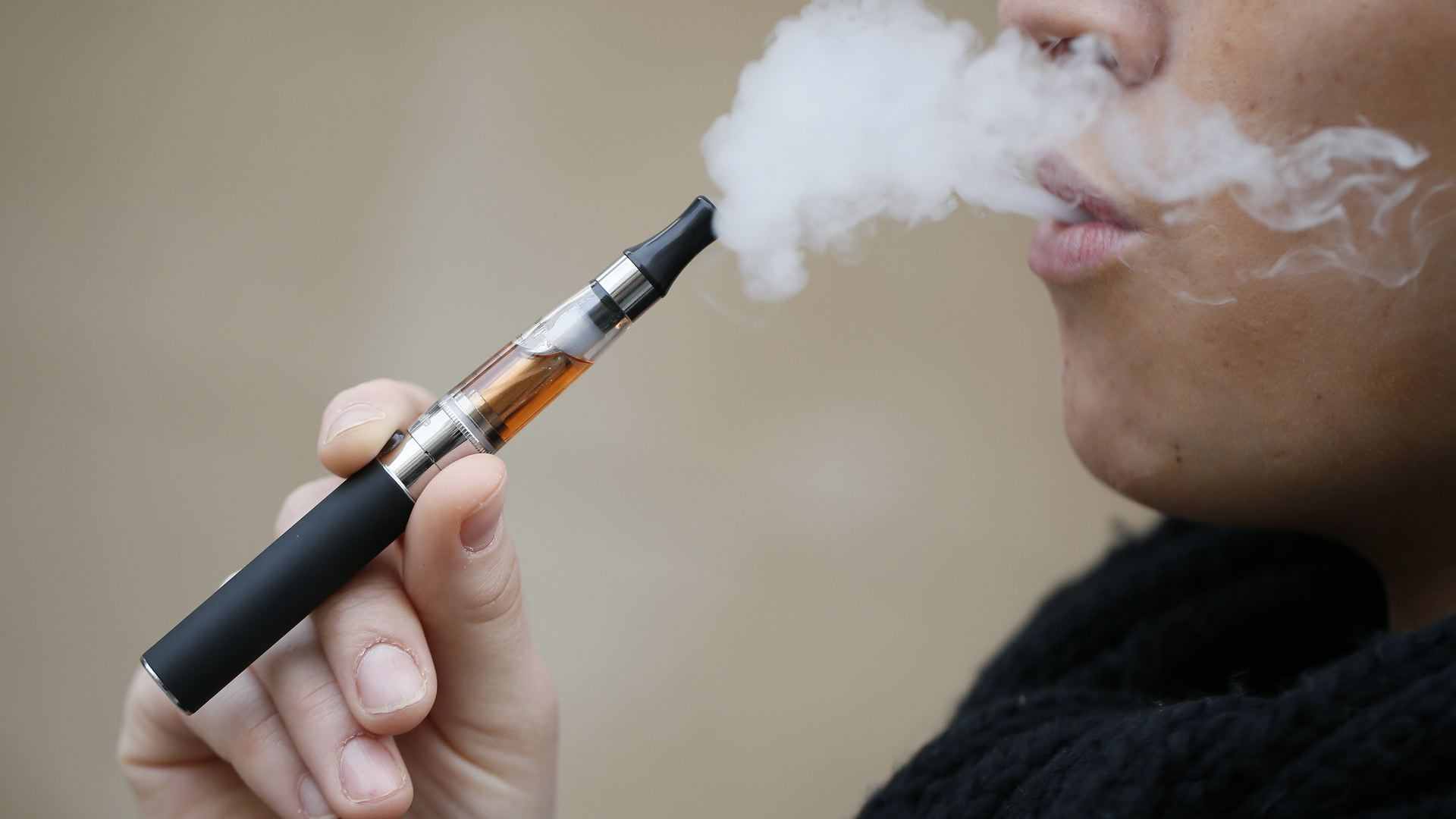 The Senate Health Committee could be poised to pass a bill that could shut down the e-cigarette vaping shops that have puffed up on the Oregon landscape and offer a product that’s built on nicotine addiction but which could be less harmful than older sources of nicotine, like tobacco cigarettes.

Senate Bill 415 would prevent the shops from selling any e-cigarettes with any flavored e-juice in their e-cigarettes, which shop owners claim constitutes up to 99 percent of their sales with flavorings like vanilla, coffee and cinnamon as well as artificial fruit. The shops could only offer menthol and tobacco flavors, which vendors at a public hearing called foul-tasting.

“It seems we’re trying to regulate these products out of existence,” said Sen. Tim Knopp, R-Bend. Knopp found it ironic that just as voters approved the legalization of marijuana, which often comes with flavorings, the Health Committee looked ready to start a new prohibition on a different substance. “We’ll have our adults able to buy different flavors of alcohol, but not a flavored liquid that’s helping them to quit smoking.”

SB 415 targets a separate public health problem hitting Oregon neighborhoods -- the proliferation of candy-flavored tobacco products that seem clearly targeted at juveniles, setting them up for a lifetime of addiction to items known to cause cancer.

The candy-flavored chewing tobacco, cigars and cigarillos is also an end-run by the tobacco industry around a federal ban on flavored cigarettes in 2009. Aaron Knott, the legislative director for Attorney General Ellen Rosenblum, said the popularity of these products exploded only after flavored cigarettes went away.

But SB 415 conflates flavored tobacco with flavored e-cigarettes and bans both items, though e-cigarettes do not contain tobacco and the health risks are not the same. At Monday’s hearing, Sen. Laurie Monnes Anderson, D-Gresham, seemed to open the door to an amendment that would confine the bill to flavored tobacco -- the section that had no public opponents.

While flavored chewing tobacco and cigars are clearly linked to cancer, the health risks of e-cigarettes, which are unregulated, are much less known. E-cigarettes typically contain nicotine, which has its own problems -- in high concentrations, nicotine is highly poisonous; in lower concentrations, it can impede brain development in youth and increases the risk for cardiovascular disease. It is also incredibly addictive.

E-cigarettes could have considerable health benefits as a tobacco-cessation device. Although many public health advocates both nationally and locally dismiss these benefits as inconclusive, Michael Siegel, a public health professor at Boston University and the author of a tobacco policy blog, has written that the U.S. Food and Drug Administration should embrace e-cigarettes as a harm reduction tool to ween people off tobacco.

Siegel cites clinical and survey evidence showing that hundreds of thousands of smokers have quit or cut down on smoking thanks to the devices. However, the devices have not yet been approved as a cessation device like Nicorette gum by the FDA.

The FDA has painstakingly deliberated if and how to regulate e-cigarettes, but Oregon has also failed to regulate the relatively new devices, largely because of partisan bickering over how far such regulations should go. While many local jurisdictions, such as Multnomah County, have crafted their own ordinances adding them to indoor smoking bans or bans on minors, Oregon is one of the few states that has passed no law putting an age limit on e-cigarettes, which can still be bought by children in most of Oregon.

In 2014, a ban on e-cigarettes for minors had wide bipartisan support, but Democrats also wanted to add the use of e-cigarettes to the Oregon Indoor Clean Air Act, which bans smoking, and put a tax on the devices, policies which had less support. Neither of two competing bills left the House Human Services Committee.

Oregon is attempting to correct the lapse in the law for good and all this year with House Bill 2546, which already passed the House on a 56-2 vote. The bill doesn’t tax e-cigarettes, but it does ban their sale and possession by minors and includes the restrictions against using e-cigarettes indoors in public places, in cars with children present and in some outdoor public places.

HB 2546 also has a proposed amendment from Rep. Andy Olson, R-Albany, who supported the legislation, but wants to protect the vaping shop businesses with a rule that allows customers to sample the products in their shops -- a courtesy that the Indoor Clean Air Act has always extended to cigar shops. Rep. Mitch Greenlick, D-Portland, disallowed the amendment in the House Health Committee, preferring a “clean bill,” and saying the Senate could take that issue up for consideration.

The supporters of that amendment, who also opposed the inclusion of e-cigarettes into SB 415, represented stand-alone e-cigarette shops that don’t allow minors to enter their stores, but public health officials cast attention on a more problematic side of the industry. Many e-cigarettes and e-juice vials are sold in corner stores and drug stores alongside candy and other children’s products, even as Sudafed and regular cigarettes are kept behind the counter.

HB 2546 requires the devices be sold with child-proof packaging, since nicotine is poisonous if swallowed. “Calls to poison control have exploded in relation to these products,” said Dr. Jennifer Vines of the Multnomah County Public Health Department.

Retailers will also have to post a sign saying that e-cigarettes are unlawful for minors, but neither SB 415 nor HB 2546 get into whether e-cigarette shops or other retailers should keep the products out of the reach of children, or whether the shops should be required to exclude minors from the premises, as they are at many taverns.