A state undercover inspection found that a 16-year-old was able to buy tobacco products 31 percent of the time in Multnomah County outlets, as the county and state do not require a license to sell tobacco. The illegal sales rate in King County, Wash., is one-half to one-fifth the rate of Multnomah County.
By:
Chris Gray 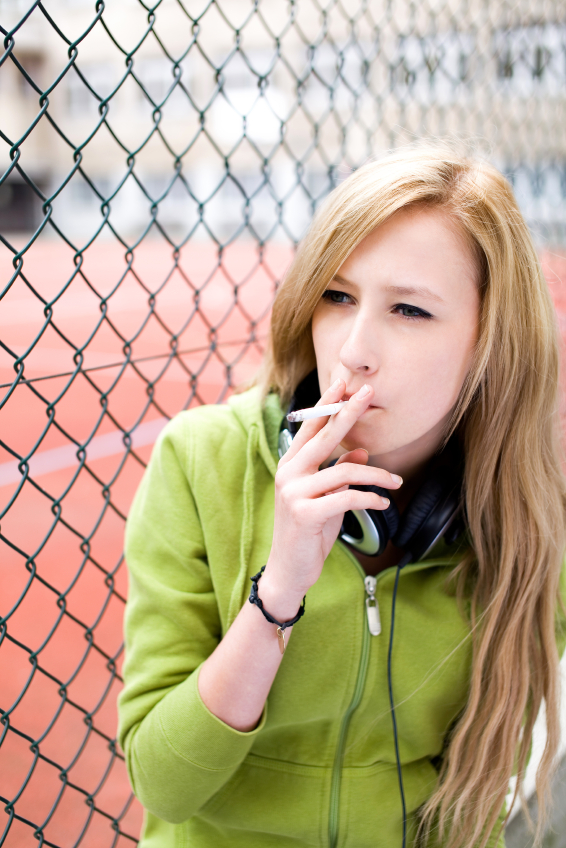 A pair of Multnomah County commissioners floated the idea of raising the age to buy cigarettes and other tobacco products in the county to 21, which a county staffer confirmed is within the county’s discretion.

"I wonder if marijuana is at 21 and alcohol is at 21 that we are thereby sending a signal that tobacco is safer and somehow less addictive than marijuana or alcohol by setting it lower,” said Commissioner Jules Bailey at Tuesday morning’s meeting of the Multnomah County Board of Health.

Commissioner Loretta Smith seconded his thoughts, which the county environmental health director, Jae Douglas, said could be done by ordinance.

“I’d really like to come back to that,” Smith said.

Kari McFarlan, the community wellness and prevention supervisor, had argued in her presentation before the commissioners that raising the age to 21 would prevent teenagers from getting tobacco from their older friends who’ve turned 18. She cited a study published in the New England Journal of Medicine that showed that smoking among high schoolers in Needham, Mass., fell by 50 percent five years after that town raised the sale of tobacco to 21.

If an ordinance moves forward, Multnomah County would join a growing number of local governments, including Hawaii County, Hawaii, and New York City that have raised the age to 21. No state government has yet taken up the cause, although the New Jersey House passed a bill.

Sen. Elizabeth Steiner Hayward, D-Portland, has plans to draft a bill that would raise the bar at the state level to 21. With added majorities in both chambers, Oregon Democrats have a good shot at such a bill reaching Gov. Kitzhaber’s desk. Rep. Mitch Greenlick, D-Portland, told The Lund Report that he also has a bill that would raise the cigarette tax by $2, although he would still need at least one Republican in the House for that to pass.

The tobacco industry would probably not take any change to the law lying down. According to the Wall Street Journal, the 18- to 20-year-old age sector represents $2 billion in sales, and Altria, the parent company of Philip Morris, lobbied heavily to defeat a bill in Colorado. The tobacco giant even hired lobbyists to attend New England town meetings where other municipalities have considered following Needham’s lead.

Big tobacco is also no stranger to using Oregon’s open-ended campaign finance system to get their way with malleable state legislators. Philip Morris specifically targeted $85,500 at “moderate” lawmakers in both parties immediately before the 2014 session in a successful attempt to derail legislation affecting class-action payouts, meaning that the cigarette manufacturer will be able to keep much of the money it might otherwise lose for marketing light cigarettes as a healthy alternative to regular cigarettes.

<“We’re a little late to the game, and we’re not really a leader,” lamented chairwoman Deborah Kafoury.

But raising the tobacco price to 21 would have little effect if the state and Multnomah County can’t do a better job of enforcing the 18-and-up age restriction it has now. Jeff Ruscoe, the state’s coordinator of the Synar program, which randomly inspects tobacco retailers across Oregon, found that a minor was able to purchase tobacco products in Multnomah County 31 percent of the time -- the highest level in 20 years. The number fluctuates wildly from year to year, and prior to this year, the three-year average was 20 percent and as low as 7 percent in 2009.

The state stands to lose millions in federal funding for mental health and addictions programs if it cannot keep its illegal youth sales rate below 20 percent. Ruscoe said King County, Wash., which includes Seattle, waivered between 6 and 12 percent, by contrast.

“They have tobacco licensure in the state of Washington, and they have a lot more leverage,” Ruscoe said.

Kafoury mentioned one possibility to cutting into Oregon’s alarmingly high numbers -- requiring a license to sell tobacco in Oregon counties. A separate idea, put forward by Sen. Steiner Hayward, would put tobacco sales under the authority of the Oregon Liquor Control Commission.

Ruscoe’s program conducts surveys among retailers for illegal tobacco sales as a means of reporting to the federal government, but the retailer is never made aware of the state’s inspection, regardless if a violation occurs. He said a separate program, run by retired Oregon state police officers, hands out  tickets to violators on the spot. Neither program receives any state general fund money.