A workgroup last week moved toward consensus on the easier lifts -- including putting caps on overtime for some workers and the amount of time that can be claimed for travel. But the state is uniquely impacted by a Department of Labor decision that it must pay overtime by its dependence on live-in caregivers compared to other states, and no solution has yet arisen that will fairly compensate caregivers while not driving up costs to the program.
By:
Christopher David Gray 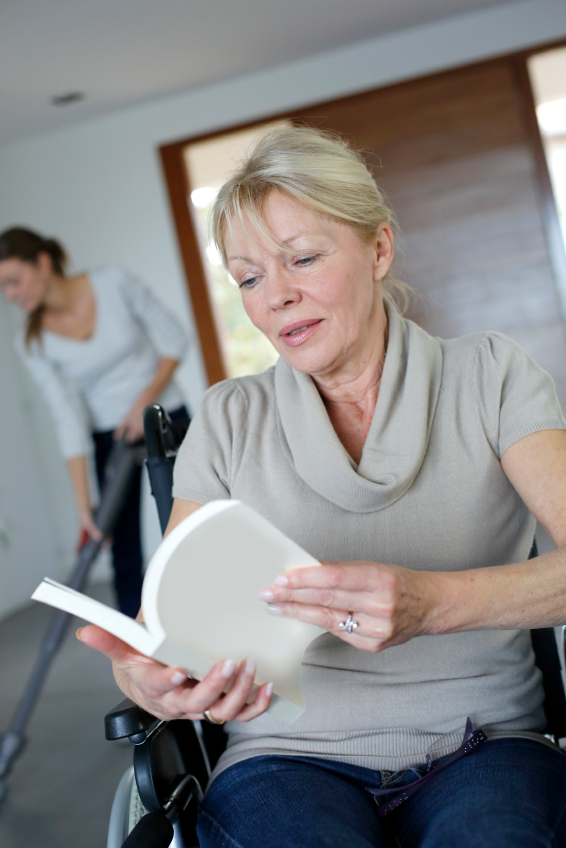 That means that the change to the federal labor rules won’t impact the rest of the current budget, and state budget writers will have until the 2015-2017 state budget -- which starts July 1 -- to make the changes.

If Oregon doesn’t restructure its program, the Department of Human Services estimates the new labor rules will cost the state $38 million a year from its General Fund.

The New York Times chastised Kitzhaber by name after he asked for a delay in enforcement -- questioning how a “laggard state” like Oregon needed more time when other states like California and New York will be ready Jan. 1.

The criticism comes with some irony, as Oregon has been a pioneer in moving away from caring for its elders in high-cost facilities and accommodating them in their homes. Oregon was only the second state to sign onto the “community first choice option,” or K Plan, in the Affordable Care Act, which further steers the state’s long-term care system toward keeping seniors and those with disabilities in their homes.

Even labor leaders in Oregon said that the Times’ assessment was unfair and showed a lack of understanding of Oregon’s system: “It’s coming from an experience in many states that pay a sub-minimum wage, where home care workers are treated very poorly for the work they do,” Melissa Unger, of the Service Employees International Union, told The Lund Report.

But in Oregon, because of the organization and collective bargaining power of SEIU, home care workers are much better paid and many have access to an health insurance plan. They won a raise from $10.10 to $13 an hour in the most recent state budget.

The Department of Labor decision will still ensure that some workers’ rights will be granted that have been absent in Oregon’s home care system -- including pay for travel time and overtime wages for those who work more than 40 hours.

Mike McCormick, the director of the Aging & People with Disabilities Division at DHS, explained that Oregon was in a bind because no other state relies so much on home-based caregivers, especially live-in caregivers. He said California does not have any live-in caregivers at all.

He said 80 percent of the budget impact comes from the state’s live-in worker program, and DHS still has a lot of heavy lifting and creative thinking before it can avoid a tremendous financial hit, as the state could be on the hook for paying out more than 100 hours of overtime each week for some of these caregivers.

A task force met last Friday at Chemeketa Community College in Salem to hammer out policy proposals in public. The group made significant headway on the less controversial measures -- paying home care workers for travel time and attempting to limit the potential overtime hours for workers who do not live in the client’s home. Friday’s discussion only skirted that more difficult issue regarding the live-in caregivers.

McCormick said it was possible the federal government could delay enforcement again until Jan. 1, 2016, if Oregon shows it’s making a good-faith effort to comply with the new federal rules, but the director said the state cannot count on that happening. “I think we need to get real serious about policy recommendations,” McCormick said. “There is going to be a fiscal [budget impact]. It won’t be zero.” He added that the work group’s goal is to have a game plan ready in time for the governor’s budget, due in December.

Stakeholders in the room, including state officials, representatives from SEIU Local 503, caregivers, advocates as well as people who receive home care through Medicaid, reached some consensus -- informally agreeing to a policy from California, workers will be able to claim up to 10 percent of their work hours as travel time between clients.

A cap will be placed on the number of hours that a home care worker who does not live with the client can work -- probably 60 hours. Any more than that would not only greatly increase the cost to the state, it could naturally undermine the level of care a patron receives from an overworked caregiver. But a hard 40-hour cap would likely cut into the flexibility of a caregiver to provide the needed care. The state also might need to scramble to find a replacement.

“We don’t have a work force to meet current need,” said Jereme Grzybowski, a SEIU representative.

One proposal that could help the state restructure its program to fit the federal guidelines might be to move more seniors into the “Independent Choices” program, in which seniors or people with disabilities are given cash from Medicaid to spend more freely on a caregiver and other needs.

Officials at the Oregon Department of Human Services do not consider the state to be the employer under the regular home care program, but the federal government disagrees, and also argues that a third-party employer like DHS cannot use an exception to overtime rules for live-in caregivers that would apply to the client. Under the Independent Choices program, the state’s role is further removed, and the feds may deem the person receiving the service the independent employer.