The U.S. Department of Labor ruled last year that home care workers are entitled to more rights than had been long assumed, including overtime. Oregon, which is heavily invested in these workers to care for seniors and people with disabilities, might have to increase pay for this work by $38 million a year.
By:
Christopher David Gray 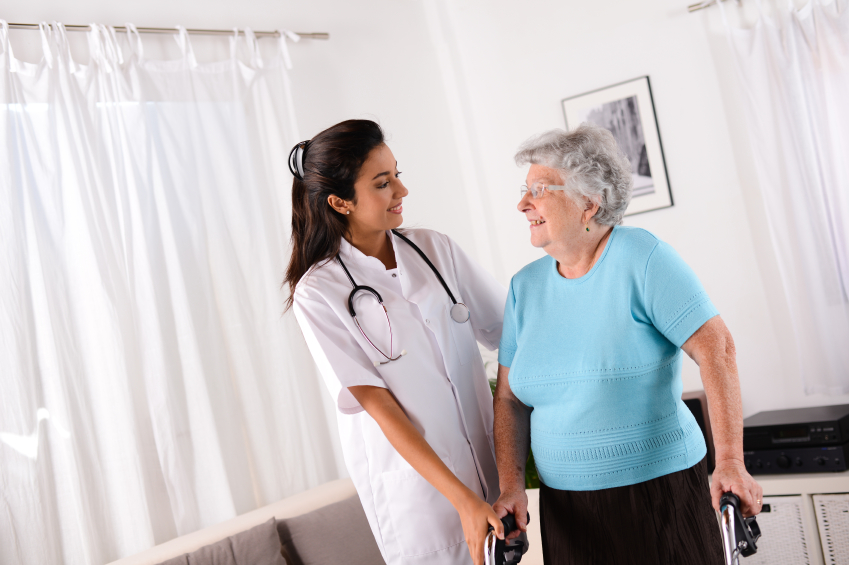 Oregon is heading toward a huge budget challenge because of new rules from the U.S. Department of Labor that boosts the rights of home care workers and aligns them with other sectors of the work force.

“This is going to be one of the most difficult challenges of the 2015 session,” said Sen. Richard Devlin, D-Tualatin, at a legislative emergency budget board hearing on Wednesday. Devlin chairs that committee. “The federal government made these changes without considering the impact on the states.”

On one hand, the labor ruling helps right an historic wrong and ensures that home care workers are paid for the job they do, just like any other job.

The new rules decree that workers in most situations must be paid overtime for anytime above 40 hours a week, and they must be paid for their travel time as they go from one client to another. The state also must combine hours that a worker does for different clients rather than treat them each as independent contractors. The rule applies both to workers at private home care agencies and those contracted through the Oregon Home Care Commission.

“For decades, home healthcare work was considered domestic work,” Conroy said. “It hearkens back to a 19th Century way of thinking, that women’s work, the work of people of color, wasn’t worth as much as white man’s work.”

On the other hand, the decision puts a state that has heavily invested in in-home care for seniors and people with disabilities in a serious and sudden bind, and it has forced to Devlin and state budget crunchers to reconfigure their spreadsheets on the fly.

The state of Oregon may be forced to ramp up spending significantly with little time to do so. Ironically, just before the Department of Labor issued its ruling in September 2013, Oregon had just approved a significant wage increase for home care workers, who had been under a wage freeze for six years. Home care workers employed through the state home care commission make $13 an hour -- nearly twice the federal minimum wage of $7.25 an hour -- and more than a home care worker would make for overtime wages in many states.

And, as Gov. John Kitzhaber wrote in a letter last month to Labor Secretary Thomas Perez: “Oregon’s operation of robust in-house programs that serve seniors and people with disabilities has resulted in our state being disproportionately affected by the implications of this rule.”

While other states are still heavily reliant on nursing homes to care for senior citizens, Oregon has the lowest rate of nursing home utilization and the highest rate of in-home care for people on Medicaid.

“This is an instance where Oregon has put together a good program but the state is being forced to unravel it because of regulations from the federal government,” said Sen. Jackie Winters, R-Salem.

But as federal associate solicitor of labor Jennifer Brand made clear in a letter to the Oregon Department of Human Services, the state won’t be able to get out of this situation by reversing course and behaving like less progressive states.

Oregon won’t be allowed to reduce or disrupt services to seniors or risk institutionalizing them. If it did, the state would come afoul of the same Supreme Court decision that’s forcing the state to revamp its sheltered work programs for people with intellectual disabilities and invest in more community health programs for people with mental disabilities.

The cost of home care workers should still be vastly cheaper to the state than alternative sources of care, such as assisted living, skilled nursing homes -- or the Oregon State Hospital, which the state still uses to house and treat a number of elderly people, many of them indigent, who suffer from dementia.

Kitzhaber has asked the U.S. Department of Labor to delay the ruling so that the state can make the appropriate changes to comply with the law without breaking its budget.

“We are attempting to develop policy through consensus that simultaneously values choice and self-direction, minimizes fiscal impact, and avoids unintended consequences of institutionalization. These issues quickly become quite personal to consumers,” Kitzhaber wrote to Perez.

“We’re trying to work through a solution. We’re just not there yet,” said Mike McCormick the director of the Aging & Disabilities Division at DHS, which has convened a good-faith work group that includes consumers and members of SEIU.

“We are very committed to finding a solution that treats this work on par with other work while preserving services for seniors and people with disabilities,” Conroy told The Lund Report. The union also doesn’t want a situation where the state would be forced to cut back hours or lay off workers.

An 18-month delay was requested in part because although the state can modify programs and protocols to comply with the new federal rules by next biennium, the Legislature is not in session, and it does not have enough time to reach a solution for the last six months of this budget -- January through June 2015, according to a report from legislative fiscal analyst Laurie Byerly.

If the state does not get a delay, the rules take effect  Jan. 1, and DHS will have to ask the Legislature’s emergency budget board in December for an additional $18 million in general fund money to cover the overtime costs for the first six months of 2015.

“The tight timeline has not allowed Oregon to engage in thoughtful and deliberative analysis of policy changes with affected consumers, providers, the Executive Branch and the Legislative Branch,” according to Kitzhaber.

And there’s a clear difference between paying home care workers fairly for the hours they put in and giving them salaries that teeter on the absurd.

The state believes it will have to pay some of its live-in caregivers for especially vulnerable citizens for every single hour of the week -- and the overtime rate of time-and-a-half, or 150 percent of the base age, for all hours above 40.

“If the work is expected to meet the needs of the consumers, then that time’s payable,” McCormick said. “If there’s no expectation of work, then they’re not paid.”

McCormick said the vast majority of workers, even live-in caregivers, are not on the clock 168 hours a week, but there were some who fall into this category. Kitzhaber told Perez that the caregivers who work with clients with complex needs are compensated for about 380 hours a month. This would translate to a middle-class salary of $59,280 at $13 an hour.

The Department of Labor rules describe a clear exception from the overtime rules for domestic workers who live with their clients, but notes they still must be paid minimum wage for all hours worked. Such workers are not eligible for overtime if they live in the same residence for at least five consecutive days a week on a permanent basis.

The rules themselves do provide many practical exceptions so employers are not paying for non-work while the workers must be paid for their hours:

“For a live-in domestic service employee, such as a live-in home health aide or a nanny, the employer and worker may agree to exclude the amount of time spent during a bona fide meal period, sleep period, and off-duty time,” according to the Department of Labor website. “If the meal periods, sleep time, or other periods of free time are interrupted by a call to duty, the interruption must be counted as hours worked. In these circumstances, the Department will accept any reasonable agreement of the parties, taking into consideration all of the pertinent facts. However, the employer must still track and record all hours worked by domestic service workers, including live-in employees, and the workers must be compensated for all hours actually worked notwithstanding the existence of an agreement.”

But McCormick said his conversations with federal officials have led him to believe that this exception does not apply to states like Oregon because it's considered a third-party employer brokering the arrangement between the social service client who actually hires the homecare worker. He said the DHS budgeting forecast has assumed these workers will get paid for all hours they are “engaged to wait,” and at an overtime rate for all hours above 40.