The approval of a community-based care option for the Oregon Department of Human Services will give the state $100 million in additional federal funding and allow people with developmental disabilities to have their needs met beyond what their previous stipends covered.
By:
Christopher David Gray 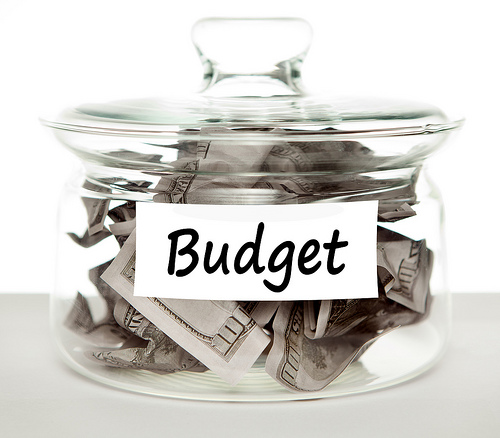 July 8, 2013 — The new budget for the Department of Human Services provides a windfall of funding for child welfare and helps further advance Oregon’s lead in directing care to the state’s elderly and people with disabilities through their homes and in their communities.

The Senate approved the $9.1 billion budget 23-7 on Wednesday and the House followed suit with a special Saturday session on a 38-21 vote as the Legislature worked to wind up its work this summer, having blown its traditional July 4 deadline to adjourn.

“We’ve been putting children at risk,” said Sen. Alan Bates, D-Medford. “This starts to change that.”

Bates called it the best DHS budget in 10 years, as it fulfills state goals rather than just treading water as it helped people make it through the economic collapse.

All Democrats supported the budget, along with half the Senate Republicans and four House Republicans, including House Minority Leader Mike McLane, R-Prineville.

“The state budget has a systemic problem in the long-term with cost controls,” McLane told The Lund Report. “[But] it funds critical services to our most vulnerable citizens.”

DHS will make a substantial investment, hiring 183 new child welfare workers. Bates said the overworked department and its overwhelming caseloads have led to horrific situations, including a recent case in Salem where a 29-year-old man may have raped and molested dozens of children in his foster care, including toddlers and infants.

Many of the healthcare services of DHS spun off when the Oregon Health Authority was formed, but the Developmental Disabilities and Aging & People with Disabilities divisions have remained in DHS, providing long-term care and services to some of Oregon’s most vulnerable residents.

The Developmental Disabilities Division gets $1.7 billion in total funds while Aging & People with Disabilities will operate on a total budget of $2.5 billion, with a $29.2 million increase in rates paid to providers of home and community-based care for seniors.

The state will have $10.7 million to provide care for mentally ill seniors in community settings so they can be transferred out of the Oregon State Hospital. Money is also included to increase staffing levels of certified nursing assistants.

“There’s going to be some money on the table for providers,” said Dale Penn, who lobbies on behalf of the Oregon Health Care Association, which represents long-term care facilities. “We appreciate the governor and Legislature making that a priority.”

The goal of the federal option is to reduce the use of nursing homes and institutional settings for elderly and disabled adults and allow them to live as close to home as possible, while reducing costs to the government, as Gov. John Kitzhaber noted:

“I view the K Plan as a win-win-win situation,” the governor said. “Oregon taxpayers benefit by maximizing federal funding available to support these vulnerable populations. Oregon consumers benefit from new investments that will allow them to remain independent in their own homes and communities. The federal government will benefit in the long term as Oregon is able to serve more and more individuals in home- and community-based settings instead of through more costly services.”

The state’s application was approved on July 1, just in time for the end of the legislative session, and Oregon expects to save $100 million through greater federal matching dollars to provide home and community-based care for seniors and developmentally disabled adults.

“It’s going to allow for more people to remain in their community,” said Meghan Moyer, a political organizer for Service Employees International Union.

Oregon becomes the second state after California to win more money for community-based care, but Moyer said Oregon will go far beyond what its neighbor to the south has done. “Oregon is the first to put their entire system under [the plan],” she said.

One big change, Moyer said, is that people with developmental disabilities will now undergo a needs assessment, and have all of their expenses paid based on that assessment. Under the old system, people received stipends in three categories, according to need, and had to choose what services to purchase using a broker system.

Now these people will no longer have to ration their choices — everything they need will be covered.

“Oregon’s already been a leader in community-based care,” Moyer said. “This will drive that further.”

The budget also means that home care workers will see their first raise in six years. The state has offered them only a 10¢ on the hour increase, but their union has held out for a higher raise.

“We are hoping that with the passage of this budget that the state’s next offer will be more generous,” added Moyer.

The budget restores funding for the government welfare program, Temporary Assistance for Needy Families. Kitzhaber had proposed scaling back eligibility to three years, but the Legislature kept assistance at five years.

“The people who rely on these services, the economy has not come back to them,” said Andy Smith, the co-chairman of the Human Services Coalition of Oregon.

His counterpart at the coalition, Alison McIntosh, said the budget was still lacking adequate funding for child care services, an essential component for low-income parents who want to work.

Sen. Bates told The Lund Report that while the budget did not increase rates to child care providers as much as he would have liked, it does have funding to offer services to anyone who is eligible. “We could have raised the rates, but we didn’t have the money to do it.”

Image for this story by Tax Credits (CC BY 2.0) via Flickr.