The CEO and president of Cambia Health Solutions earned $1.6 million from Regence plans in Oregon and Washington, while Utah and Idaho refused to disclose his compensation
By:
Diane Lund-Muzikant and Blair Thomas

May 16, 2012 -- Mark Ganz, president and CEO of Cambia Health Solutions took home one of the biggest paychecks in the Pacific Northwest, after he earned $1,565,029 in salary and benefits from Oregon and Washington.

In Oregon, Ganz received a modest increase of 2.5 percent, increasing his total to $647,959, which made him the third-highest paid executive in Oregon. In Washington, he earned $917,070, a jump of 22.6 percent from last year.

Ganz also receives a salary from the Regence plans in Idaho and Utah, however those states do not disclose the financial compensation of insurance executives.

In Regence’s four state-region (Oregon, Washington, Idaho and Utah), it has witnessed a phenomenal drop in membership since 2007 when the health insurer boasted of having 2,504,664 members. At the end of last year, those totals had dropped to 1,464,432, representing a 41.6 percentage loss.

Regence’s net income also plunged downward, ending in the red after losing $10.2 million at year’s end. That amount represents a 120 percent decrease from the $51.3 million that Regence had produced in 2010.

Seattle Times reporter Carol M. Ostrom noted that Regence factored in investment income and the sale of a building it owned in Seattle for $51 million as part of its total assets after its surplus rose by nearly 4 percent, from $956 million to $994 million.

Meanwhile, Ganz wasn’t the only executive earning a higher salary from Regence last year. Its new president, Jared Short who earlier had been group executive vice president of health insurance services, saw his compensation package reach $546,881 in Oregon, a 138 percent jump from 2009. Short did not report a salary in Washington state to its insurance division.

Premera BlueCross is now the number one insurer in Washington, having 674,246 members, and was the only insurer among the top three to witness a membership gain of 20 percent last year. Group Health Cooperative holds third place after falling to a five-year low overall of 356,656 members in 2011, down from 402,011 in 2007.

As in 2010, Group Health spent the highest percentage of its insurance premiums on medical expenses, known as the medical-loss ratio – 92.8 percent – edging second place Regence by 7 percent as that organization’s ratio was at 85.5 percent. Premera ranked last among the three insurers at 83.6 percent.

The three major commercial insurers spent $5.9 billion on hospital and medical expenses in 2011, up 3 percent from 2010.

Given Premera’s financial success last year, it should come as no surprise that executives were rewarded in the pocketbook as well. President and CEO Herbert Barlow was the highest paid executive in Washington State at $3,463,800, an increase of 59 percent compared to 2010. Premera paid three executives over $1 million in 2011, including secretary Yoram Milo -- $1,374,179-- and treasurer Kent Marquardt -- $1,231,741—who received raises of 47 and 44 percent, respectively. 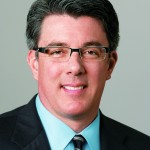 Scott Armstrong, president and CEO of Group Health joined the millionaires club after a one year hiatus in 2010. Last year Armstrong took home $1,266,239, up 38 percent from his $915,475 total last year. In 2009, Armstrong was the second-highest paid executive in Washington with $1,605,493. Other salary increases of note included Robert O'Brien, executive vice president of health plan administration, who raked in $776,949 in 2011, an increase of 20 percent from 2010. Richard Magnuson, executive vice president and CFO cashed in with a 24 percent increase and earned $653,001.

What follows is a look at the salaries of the leading health plan executives in Oregon during 2011. This information was obtained from financial records filed with the Oregon Insurance Division.

In the past year, Susan Hennessy, vice president, took home $785,564, a $132,177 increase from 2010. 42 percent –approximately $333,000 – came from a deferment of ‘several years’ of supplemental retirement and other compensation, according to Kaiser spokesman Dan Field as reported by the Oregon Business Journal.

Regional President Andrew McCulloch earned $731,643 in total compensation, down 11 percent from 2010 when he made over $821,709. Despite the cut, McCulloch was still Oregon’s highest paid CEO/president in the health insurance field.

Despite a 16.4 percent drop in net income and a 28 percent fall in net investment gains from 2010 to 2011, Kaiser had the two highest paid executives among Oregon’s seven major health insurers.

Other Providence executives did receive raises such as Alison Schrupp, COO, who earned $318,297 an increase of 14 percent. CFO Michael White took home 19 percent more in 2011 for a total compensation package of $314,862.

2011 was a good year financially for PacificSource as well. The organization was able to grow its membership by 5 percent from almost 193,842 to nearly 203,677. A result of the increase was a rise in net income of 34 percent to $10.9 million, and PacificSource also witnessed a boost in its capital and surplus by 10.1 percent to $125.7 million.

Similar to PacificSource and Providence, 2011 was kind to ODS as well. Overall, its net income jumped 63.7 to $5.9 million, and the health plan was among three insurers to see an increase in net investment gains over the year, surging 394 percent from $2 million in the red to almost $3.4 million in the black in 2011.

CEO Robert Gootee had the most significant pay slash of any CEO in 2011, with a decrease of 20.7 percent to $425,880, down from $537,341 in 2010. President William Ten Pas also took a financial hit—down 8.1 percent to $228,266. Not everyone lost money at ODS, however. Thomas Bikales, the organization’s secretary, took home a pay raise of 23.8 percent earning $131,227 in 2011. These salaries reflect both ODS Health Plan and Oregon Dental Service filings with the Oregon Insurance Division.

In the past year, LifeWise’s net income took a surge from the red. At the end of the 2010, the organization was facing a deficit of over $4.1 million. However last year, the organization reversed its fortunes and gained a whopping 202 percent and ended 2011 with $4.2 million in net income.

Health Net’s President and CEO Chris Ellertson made the least amount of any executive with a similar title, but did receive a double-digit pay raise. Ellertson took in $319,225 last year, an increase of 16.2 percent-- $44,397-- from 2010.

To look at all the salaries of Oregon and Washington insurance executives and also the compensation paid to insurance company board members, see these links:

A valuable news update about

A valuable news update about Regence BlueShield loses $10.2 million. I was totally surprised to know that. Although Mark Ganz takes home a 22.6 percent salary increase, I'm worried about the $10.2 million in losses. Thanks! Barett Joyee

Once again Executive Salaries are far beyond the "average joe" employee pay, these salaries are atrocious. While the every day worker gets on average less than a 2% increase in their annual merits, these Executives are taking home increases that do NOT match how their organizations are fairing. I get that leaders should and do get higher pay, but it makes my stomach sick to see these sorts of increases. Are they really being good stewards of member's premiums? Do they honestly care about their employees and members? They live and work in a world that is so disconnected from all others. I simply have no words for how this makes me feel. J.J. Peterson

I am appalled that the

I am appalled that the employees who do the actual work, I might add, get lousy less than 3% raises at Premera, while the CEO rakes in 59%? He is probably planning to buy a small island somewhere when he retires, the rest of us 'peons' are just trying to find the money to retire. Shame on these CEOs. Sharon Parks