Both bills were crafted by Rep. Rob Nosse, expanding access to vasectomies and reducing a government burden placed on transgender people wishing to have birth certificates that match their identities. Two years ago, physician Rep. Knute Buehler nicked the vasectomy bill, but he could not stop it this time.
By:
Chris Gray 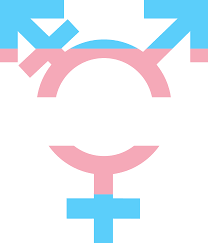 The House Health Committee passed two of Rep. Rob Nosse’s bills on Monday -- sending to the floor a bill that would simplify name and gender changes on state vital records for transgender people, and another that permits nurse practitioners to perform vasectomies, improving access to the family-planning procedure.

Both bills passed 6-3, with one Republican joining the five committee Democrats to support the measures.

Buehler, an orthopedic surgeon, opposed allowing nurse practitioners to perform vasectomies, arguing there was not enough research to prove they could do the sensitive surgery as effectively as physicians. “This sets a dangerous precedent for men in Oregon,” he said. “The complications are considerable.”

However, Oregon Nurses Association lobbyist Jenn Baker said nurse practitioners have been performing the procedure in Washington and Alaska for two decades.

Liz Banks, a nurse practitioner for Planned Parenthood, had testified that there is currently a four-month wait list for men wishing to have the procedure, as there are not enough physicians in Oregon available to do vasectomies.

As Rep. Teresa Alonso Leon, D-Woodburn, noted, nurse practitioners would have to undergo special training for the procedure and have their competency overseen by the state Board of Nursing. HB 2103 removes an unusually explicit prohibition on a specific practice; most other permissible procedures are determined by the board, not state statutes.

The transgender rights bill ends an oppressive and public legal gauntlet for people wishing to change the sex and name shown on their birth certificate, and replaces it with a simple, private administrative process, while also allowing individuals to have their old records sealed.

This bill may get a floor fight of a different kind. Not on its merits, Republicans say, but on the limited scope of the bill, which they tried to amend to ease name changes for foster children,  domestic violence victims and sex-trafficking victims.

“This bill is designed for protecting a very narrow scope of people,” said Rep. Cedric Hayden, R-Cottage Grove. “We’re supportive of making changes as respect to gender identity. We didn’t try to change it -- we tried to protect all Oregonians.”

“Why would we not be inclusive? Why is one set of victims better than another set of victims? It hurts me that we would not do that,” protested Rep. Jodi Hack, R-Salem.

Democrats on the committee, including Nosse and Rep. Alissa Keny-Guyer, D-Portland, said they supported the Republican amendments but preferred those concepts be introduced as separate bills and not bog down HB 2673 with accommodations for sympathetic but unrelated groups.

Basic Rights Oregon lobbyist Amanda Hess said advocates had been working on the concept behind HB 2673 for months with the Oregon Health Authority before these last-minute suggestions came forward. She said advocates had worked to ensure that the bill could be done as simply as possible so as to not incur any increased costs to the Public Health Division, as that might sink the bill in a tough budget year.

Rep. Mitch Greenlick, D-Portland, agreed: “I think it messes up a straightforward bill.”

Keny-Guyer and Greenlick promised to introduce bills that would remove the legal barriers to name changes for the other groups -- and Hayden promised to “hold their feet to the fire” by opposing HB 2673 without the amendments.