Transgender Oregonians face a gauntlet of legal barriers if they wish to have their birth certificates and identification changed from the gender and name assigned to birth, including court fees and public postings. HB 2673 would implement a time- and money-saving administrative process more respectful of people’s privacy.
By:
Chris Gray 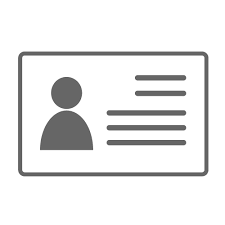 Williamson said House Bill 2673 would provide a streamlined pathway for people to change their names that is both affordable and private, and would move away from the current lengthy legal process which requires multiple public announcements of a gender and name change for identification.

The current process is onerous and inefficient, since it requires a series of hoops that are costly both for the individual and the courts with little rhyme or reason, she said.

Williamson highlighted an environment where transgender rights have become more tenuous: the Trump administration has backed away from protections on bathroom use in public schools that the Obama administration had supported. “For transgender individuals, discrimination is alive and well,” she said.

“I fear harassment and discrimination,” said J Gibbons, who is nonbinary and transgender, and who wishes to change a birth certificate from female and alter a given feminine name. Beyond the intimidation factor, Gibbons said, the process was prohibitively expensive.

Diane Goodwin, the spokeswoman for Basic Rights Oregon, said House Bill 2673 would replace the court process with an administrative process, which would cost an estimated $60 and eliminate the requirement for public postings of the records change.

“We know that only one in 10 transgender Oregonians have correct information on their identification,” said Nancy Haque, the co-executive director of Basic Rights Oregon.

Ed Reeves, a law partner at Stoel Rives, said that the state has already removed the burdensome postings requirement for divorce, and streamlining the gender and name change process administratively would serve a similar goal.

While some attorneys might lose out on this business if the court proceedings went away, Reeves has helped transgender people with the legal process on a pro bono basis in his volunteer work with the American Civil Liberties Union.

HB 2673 received vocal support from Rep. Alissa Keny-Guyer, D-Portland, and Rep. Mitch Greenlick, D-Portland. It also did not seem likely that the Republicans would mount an opposition to the bill, although Rep. Cedric Hayden, R-Cottage Grove, asked that it be amended to make it also easier for adoptive parents of foster children to seek a name change for their dependents.

Hayden said customs officials are more likely to question parents traveling with children who have different last names. Transgender individuals whose name and gender do not match their outward appearance could also face that problem