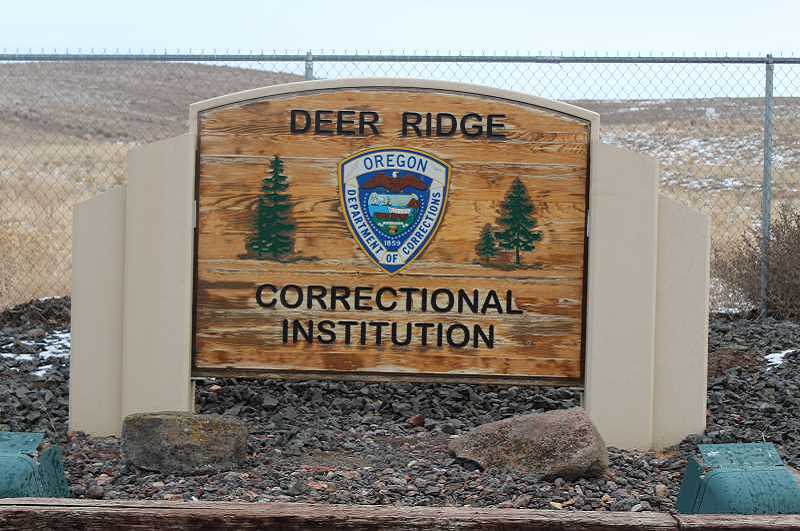 A civil rights case filed against the Oregon Department of Corrections last week alleges the department’s deliberate indifference to a former prisoner’s medical condition violated his constitutional rights and caused him to suffer permanent bodily damage.

The suit, filed on Aug. 11 in Oregon’s U.S. District Court in Portland, claims delayed medical treatment and forced movement, including work, contributed to Michael Choate’s ongoing nerve damage, pain, loss of bodily functions and the permanent required use of a catheter.

The complaint claims corrections department medical staff failed to treat Choate, 43, for cauda equina syndrome — a serious condition of extreme pressure and swelling of spinal cord nerves — in a timely and appropriate manner.

Due to the extreme physical pain and permanent damage caused, the suit alleges deliberate indifference among medical staff violated Choate’s Eighth Amendment right to be free of cruel and unusual punishment.

The lawsuit, filed by the Law Offices of Daniel Snyder on Choate’s behalf, also alleges the department’s negligence contributed to Choate’s permanent loss of control of his bladder and bowels and loss of function of his penis.

“ODOC knew or should have known that failing to provide medically and constitutionally adequate treatment for Choate’s cauda equina syndrome or provide effective pain medication would result in Choate’s suffering permanent physical harm and severe physical and mental pain and suffering,” states the filing.

The Oregon Department of Corrections told The Lund Report it does not comment on pending litigation, and it has yet to file an answer to the complaint. Choate’s attorney, John Burgess, did not respond to a request for comment.

The lawsuit says that on July 27, 2019, two spinal discs in Choate’s back ruptured while he was exercising at Deer Ridge Correctional Institution in Eastern Oregon. He was given a shot of Toradol, a nonsteroidal anti-inflammatory drug, and told to report if he experienced numbness in the groin area and of loss of bowel control. When he reported such complications, he was given ibuprofen and acetaminophen (such as Tylenol) and threatened with solitary confinement when he complained he needed more medical attention, alleges the suit.

Over the next two months, Choate continued to receive Toradol shots when he complained of serious complications, including at St. Charles Medical Center in Bend, where he underwent an X-ray, states the filing.

On Nov. 1, he was sent to nearby St. Charles Madras Hospital, where he received an MRI that showed he had two crushed discs that were cutting off blood circulation to his spine, and it was determined he needed surgery, the suit says. He was operated on Nov. 19 and sent back to prison with instructions to limit movement, but according to the complaint, he was required to walk about a mile a day within the prison to the cafeteria and elsewhere.

“As a result, Choate experienced pain and his legs were locking up. Medical staff at (Deer Ridge Correctional Institution) told him that ‘it would work itself out’ and that he should just keep walking,” the suit says.

An MRI later that month showed he had re-ruptured the same discs in his back “due to too much walking and poor post-surgery care,” states the suit. He was then reportedly sent to Bend for another surgery.

He continued to have severe pain and mobility issues that confined him to a wheelchair, but staff took away his wheelchair despite his inability to stand and walk, the suit alleges.

Medical staff continued to give Chaote ibuprofen and non-steroidal anti-inflammatory drugs until an outside doctor ordered an MRI and strong steroid injection, according to the suit. Four days later when Chaote inquired about whether the treatments had been ordered, medical staff told him there was “no rush on it,” while “Choate suffered in agonizing pain 24 hours a day without relief,” states the suit.

Thirteen days after the MRI and shot was ordered, on Jan. 27, 2020, a prison nurse allegedly told Choate that his messages requesting his treatments were “‘accusatory’ and that ‘it makes it hard to want to help (him) when (he) writes things like that,’” according to court filing.

In early February, Choate was forced to return to work in the kitchen despite extreme pain in his leg, buttocks, groin and phallus, the suit alleges, which made the pain worse.

When he received the MRI later that month, it showed he had severe narrowing of his spinal discs due to the many falls he had suffered since his last surgery, the suit says.

The lawsuit seeks economic and non-economic damages that have not yet been determined.

“Choate’s cauda equina could have easily been treated with a number of available treatments,” the lawsuit alleges. “Instead, ODOC unreasonably disregarded Choate’s pleas for medical assistance and ignored a serious medical issue.”

You can reach Emily Green at [email protected] and on Twitter @GreenWrites.

Aug 16 2021
News source:
The Lund Report
Keywords:
doc, Department of Corrections, lawsuit, civil rights
×
This article is for premium subscribers. If you are one, please sign in below.
You can see two more premium stories for free. To subscribe, click here. We depend on premium subscriptions to survive, and they are tax deductible.
Sign InGo Premium Not now