The board, which offers health insurance benefits to school districts throughout Oregon had attempted to change its comparability rules which could have forced districts into the pool
By:
Diane Lund-Muzikant 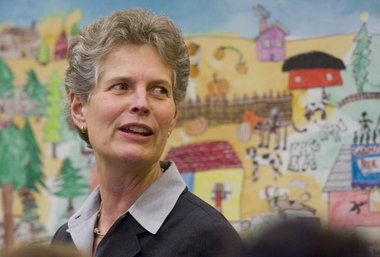 May 16, 2012 -- Portland Public Schools Superintendent Carole Smith couldn’t have sounded more adamant when she told the Oregon Educators Benefit Board (OEBB) not to change the comparability rules allowing school districts to remain outside the state-run insurance pool.

Unless school districts can prove that the health insurance plans they offer are within a 2.5 percent margin of what’s offered by OEBB, they must join the pool. The proposed rule, which has since been squashed, would have virtually doubled that difference to 4 percent.

“This change could result in participants being forced into plans that have a distinctly lower level of benefit coverage,” Smith wrote the board on April 11.

The proposed change would also have violated legislative intent, she said, and could have led to inferior health insurance benefits.

“In addition to attempting to alter the comparability test to serve its own purposes, OEBB seems to be attempting to manipulate the data to make its own plans look less expensive,” Smith added.

By remaining out of OEBB, the Portland School District has saved approximately $8 million, and, in some cases, its health insurance plans are “richer than the OEBB plans they were being compared to,” Smith said.

She also asserted that OEBB has received $19.4 million in federal funds through its Early Retiree Reinsurance Program that have been used to reimburse the fund to “artificially lower its rates for comparability purposes.”

OEBB currently offers health insurance benefits to 140,743 school district employees and their dependents who work for 238 educational entities throughout the state. Coverage is offered through ODS Health Plan and Kaiser Permanente. Around the state, 17 educational entities either do not participate in OEBB or have employee groups that have
opted out of such coverage.

“We’ve been able to manage our own healthcare costs for a long time now, and our costs are still less expensive than what OEBB offers,” said Johnson who was ecstatic to hear that the new comparability rule had been scraped. “We’ve had a long history of good experience with our insurers.”

Johnson refused to disclose Beaverton’s rate increases from Regence BlueCross BlueShield and Kaiser Permanente, but said the benefit designs were modified – primarily deductibles and co-insurance requirements -- so that its rates fell below OEBB’s increases.

“They tried to change the rules but end up stopping the administrative process and left it alone,” she said. “That doesn’t happen very often to a government agency.”

“We feel OEBB’s a very stable way to deliver health care at an employer level,” Black said. “Lot of smaller districts in OEBB have no purchasing power on their own and aren’t able to control costs. OEBB gives those districts better negotiating power. Last session they streamlined billing using diagnostic-related groups and saved $7 million.”

During the February legislative session, Rep, Mark Johnson (R-Hood River), who’s also a school board member, led an effort that will allow districts to leave OEBB and purchase coverage through the health insurance exchange. Oregon would need a federal waiver for this to happen, and Governor John Kitzhaber has pledged to help.

Initially that legislation would have allowed districts to purchase coverage on the open market, Black said. But that version didn’t pass muster with the governor’s office.

“That would have destroyed OEBB because it wouldn’t have had the purchasing power to keep rates low,” Black said. “We were given assurances by the governor’s office and legislators that it would be constructed in such a way as to not disrupt that risk pool.”

In designing the benefit structure, the insurance exchange must consult with schools boards and administrators. “The educators want to know what the benefits will look like,” he added.

During the 2013 session, it’s highly probable that legislators will discuss this issue more thoroughly, Black said.

To read about how the school districts were able to convince the governor to allow them out of OEBB and join the health insurance exchange, click here.