Legacy Health suffered the biggest loss -- $2.3 million – with three of its hospitals making the list, and refused to provide an explanation by press time.
By:
Diane Lund-Muzikant 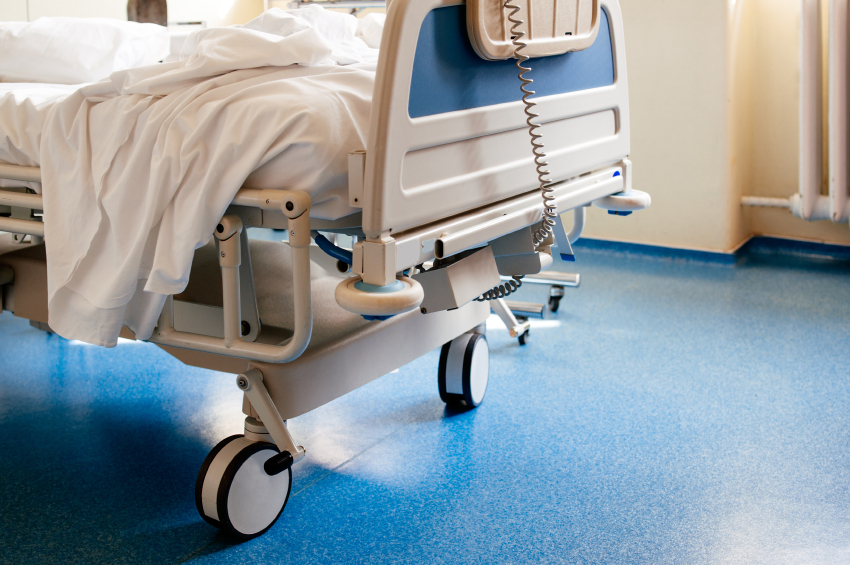 Nine Oregon hospitals are being hit with financial penalties by Medicare for having the highest rates of infections and other patient injuries in a federal crackdown that impacts 721 hospitals across the country. These penalties are harsher than any prior government effort to reduce patient harm.

These hospitals will lose $5.96 million of revenue over the fiscal year that began Oct. 1, which represents 1% of their expected cash flow. Nationwide, hospitals will see their Medicare coffers decline by $373 million.

These penalties are just the beginning of a three-year effort by the Centers for Medicare and Medicaid Services to make sure hospitals are doing their job by providing quality care. Next on the docket, an analysis of surgical site infection rates followed by the frequency of two antibiotic-resistant germs: Clostridium difficile, known as C. diff, and methicillin-resistant Staphylococcus aureus, known as MRSA.

The CMS penalties were based on the following factors:

Providence St. Vincent Medical Center took the hardest hit, a $2 million loss, after expecting to be paid $209 million by Medicare.

Legacy Health must have been stunned when three of its Portland-area hospitals made the penalty list -- Legacy Good Samaritan will lose $1 million, Legacy Emanuel, $897,427 and Legacy Mt. Hood, $415,968.

Santiam Memorial Hospital faced the lowest penalty—$124,500 – based on its $12 million revenue projection.

Earlier, two of the Legacy hospitals cited ranked the lowest in a preliminary analysis of hospital-acquired conditions, according to Kaiser Health News. Of 3,226 hospitals nationwide, Legacy Good Samaritan came in 212th from the bottom, while next in line was Legacy Mt. Hood at 242th.

In fairness, The Lund Report gave each hospital system an opportunity to respond, and explain themselves. Two hospital systems ignored our request, and by press time neither Legacy Health, which expects to lose $2.3 million, nor Asante Ashland (-$170,461) chose to make a statement in their defense.

From the perspective of Providence Health & Services, Gary Walker, spokesman, clarified that the information used to calculate these penalties dated back to 2011 and 2012.

“A portion of the penalty was driven by the rate of catheter-associated urinary tract infections. We have put procedures and programs in place to address this, and we have seen a reduction in CAUTI rates at Providence St. Vincent and Providence Medford as a result,” he told The Lund Report. “We’re also looking at the Patient Safety Indicators, or PSIs. We believe that a significant portion of the issue is centered on incorrect coding, and we are taking steps to make sure our coding accurately reflects our hospitals’ experience. Once we are confident in the accuracy of the data being used, we can review these rates to see what can be done to further enhance patient safety.”

Mid-Columbia Medical Center, a 49-bed hospital in The Dalles believes its low infection incidents made the problem seem far worse than it actually was, which led to the $328,835 penalty.

“If we have a single incident, then we report and, because the numbers are again pretty low, our incident percentage looks worse than it is.,” said spokesman Dick Baltus, who said the hospital also took offense to the word penalized, and prefers to call the penalty a payment loss, “then we have the opportunity to earn it back with our future scores.”

Silverton Hospital also contends its hospital acquired infection score does not truly represent the quality and safety of its care.

“For most hospitals, the score for hospital acquired infections comprises 65% of the total HAC reduction program score,” according to Dr. Joseph Huang, chief medical officer. “Silverton Hospital has an excellent track record of extremely low rates of HAI. Unfortunately, because of our overall low hospital inpatient volumes (and our correspondingly lower numbers of central lines and urinary catheters), this data is not included at all in our HAC program score. Thus, we do not get credit for our excellent work on preventing these infections. Had this data been included in our overall score, we would not have been subject to the penalty.”

“We believe we have been successful in our endeavors; as the quality of our patient care has continued to advance. That being said, sometimes hospitals do make errors, as it is with Santiam Hospital. The issue at hand is certain Oregon hospitals have been identified as not meeting the appropriate Hospital Acquire Conditions threshold to avoid monetary penalties in the form of reduced reimbursement over the next year; Santiam Hospital being one of these hospitals.

“Medicare reimbursement was intended to cover hospital costs not charges; yet increasingly Medicare reimbursement continues to erode and today covers significantly less than hospitals costs for the provision of healthcare for Medicare patients. Increasingly hospitals are faced with reductions of reimbursement through further erosion of Medicare cost-based reimbursement in the form of Value Based Reimbursement, Hospital Acquired Conditions, Hospital Acquired Infections,  Readmission Rate, Two Midnight Rule, Recovery Audit Contract and the menagerie of other methodologies. Financially penalizing hospitals to improve in the name of ‘quality patient care’ will eventually jeopardize the same quality of patient care sought.”

The Oregon Association of Hospitals and Health Systems also weighed in.

“Many Oregon hospitals cited issues with the methodology behind the new patient safety ratings and the American Hospital Association weighed in strongly with CMS on this issue,” according to Philip Schmidt, director of public affairs. “Unfortunately, CMS went forward with the methodology that perhaps unfairly penalized certain hospitals. With that said, Oregon hospitals take patient safety and quality improvements very seriously. Many Oregon hospitals worked extensively on this subject through the CMS Partnership for Patients  quality initiative. The outstanding success in that program nationally was noted by the US Department of Health and Human Services in December. Locally, standardization of best practices by participant hospitals in the PfP initiative resulted in excess of an 80% reduction in harms by the end of the program. Without exception, Oregon hospitals are hard at work to improve quality and reduce patient harm.”

Modern Healthcare Modern Healthcare has compiled all Medicare penalties based on data released by the CMS  from 2013-15 for over 3,500 hospitals in the U.S. To review that data, click here.

Jan 8 2015
News source:
The Lund Report
Keywords:
medicare
×
This article is for premium subscribers. If you are one, please sign in below.
You can see two more premium stories for free. To subscribe, click here. We depend on premium subscriptions to survive, and they are tax deductible.
Sign InGo Premium Not now