The looming question is which other hospitals will join the newly created OHSU Partners.
By:
Diane Lund-Muzikant 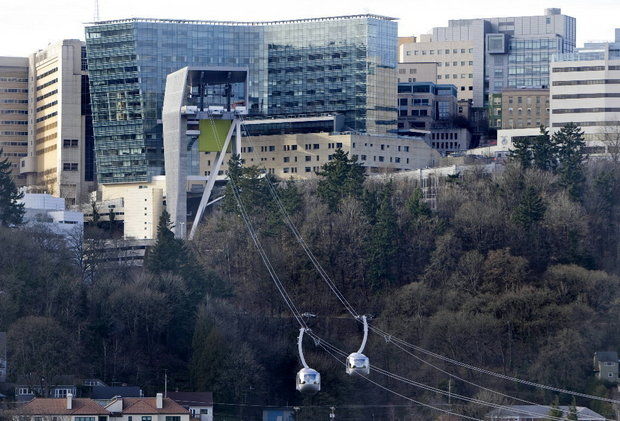 Now that OHSU, Salem Health and Tuality Healthcare are joining hands to create a new endeavor, is there another hospital or two waiting in the wings?

“Nothing is pending, and we don’t have an imminent deal to announce,” Peter Rapp, CEO of OHSU Partners told The Lund Report. “Right now we’re setting the stage for being able to drive healthcare transformation.”

OHSU Partners is a management company that’s expected to become operational by October and begin aligning itself with physicians across the state to improve outcomes and, at the same time, strengthen the role of its two foremost collaborators that are ultimately responsible for its success -- Salem Health and OHSU. Tuality has agreed to play a much lesser role, with OHSU managing its clinical operations, allowing it to remain independent, which is a rarity these days.

This nonprofit endeavor is being financed by OHSU and Salem Health whose boards will have oversight responsibility.

Although there’s no outward sign that other hospitals are coming on board anytime soon, OHSU does have very strong affiliations around the state, evidenced in recent articles that appeared in The Lund Report. For example, its residents and interns rotate through Blue Mountain Hospital in John Day, while Columbia Memorial has teamed up with OHSU to build an 18,000 square foot cancer center on its Astoria campus, and Sky Lakes is establishing a new rural campus in Klamath Falls with OHSU's cooperation.

Norm Gruber, who’s stepping down as CEO of Salem Health, will share a commanding role of OHSU Partners as president, and assume responsibility for the transition to an integrated system, according to the press release issued by Beth Heinrich, associate vice president of strategic communications.

Earlier, Gruber helped create the Population Health Alliance, an endeavor between Moda Health, OHSU and other hospitals throughout the state to expand the reach of its hospital members by managing and coordinating patient care.

Aaron Crane who had been chief financial officer of Salem Health, was tapped to lead the Alliance.

From outward appearances, it certainly seems if there’s a close link between Moda Health and OHSU Partners. But not according to Jonathan Nicholas, its vice president of strategic communications at MODA. Rapp also denied such involvement.

“I don’t have any observations on how the insurance market should work and am focused on improving the delivery of care,” said Rapp, who has been executive director of OHSU Healthcare until now. “My vision is to work with other providers that are committed to the same vision and understand the changes in the marketplace.”

OHSU does have an investment in Moda, having loaned the health insurer $50 million for healthcare transformation initiatives. It’s being repaid at an interest rate of 4 percent and matures on December 15, 2024.

The proceeds of the note will help finance Moda Health’s continued growth, as well as related healthcare transformation initiatives.

"Moda has historically funded expansion through the issuance of surplus notes," Nicholas told The Lund Report. "The holder of the most recent note is OHSU, with which Moda has a long history of collaboration."

At that time, Stenson denied Tuality was interested in selling the hospital or transferring control or governance to Providence.

In the end, those discussions fell through, according to Manny Berman, Tuality’s current CEO.

Once the affiliation with OHSU Partners has been completed this fall, Berman intends to remain at the helm. “This is terrific for western Washington County,” he said. “This is about clinical alignment, care coordination and integrating care. We look forward to a bright future in collaboration with OHSU – an exceptional healthcare organization focused on improving the health of our communities here at home.”

Is anyone else appalled by this news? OHSU using Oregonian's tax dollars to expand their for-profit business, while refusing to see non-trama Medicaid patients. OHSU leadership - you need to look it up - it is the Hippocratic Oath the physicians' took, not the hypocrite oath.