Medicaid Home Births Coming in December, but Not for CCOs

The state plans to adopt an uneasy compromise that will carve out the pregnancy benefit package for women that will be delivered outside of the coordinated care organization program. Finding a permanent fix for such care by CCOs may take further legislation and will likely be an issue in the 2015 session.
By:
Christopher David Gray 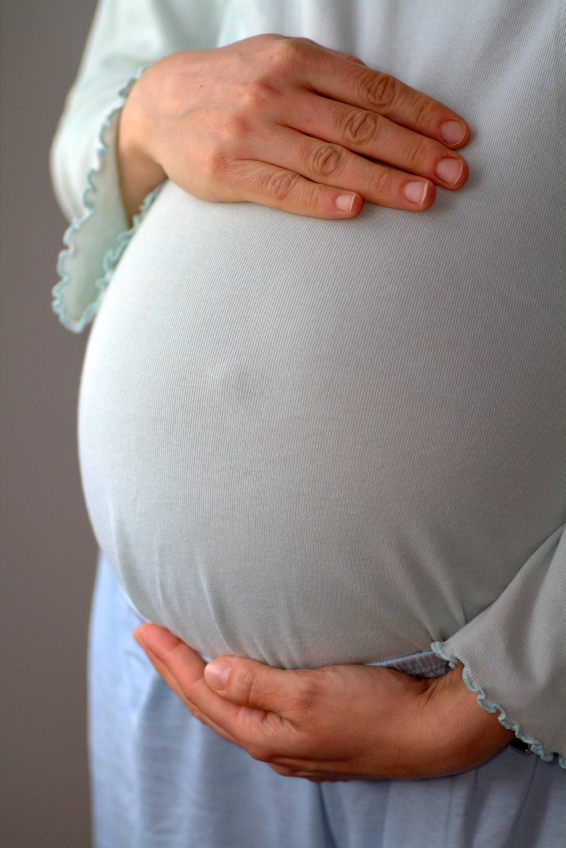 Oregon women who receive care through the Oregon Health Plan should get the chance to receive the services of a midwife for normal childbirths starting this winter, but their care will take place outside the coordinated care organizations for the foreseeable future.

Starting Dec. 1, the rules should be in place for women to receive an “open card” for their pregnancy benefit package if they want the services of a midwife. This option will not be carved out of any care they already receive from CCOs, which haven’t found a way to offer the service.

“When completed, this will allow a woman to obtain this exemption at any point in her pregnancy if the provider she chooses for prenatal care and delivery is not in her managed care plan’s contracted network or would otherwise not be covered by her managed care plan,” said Alissa Robbins, spokeswoman for the Oregon Health Authority, who said that the administrative rules were still being finalized.

In the 2013 session, Rep. Alissa Keny-Guyer, D-Portland, crafted HB 2997 to require direct-entry midwives to be licensed if they advertise their services. Her goal was not only to improve safety but to open the door for women on the Oregon Health Plan and create a path for these midwives to receive payment from the state in alignment with the so-called Triple Aim: better cost, better care, better outcomes.

Home birth is far cheaper than hospital births and many advocates note midwives’ ability to provide more intimate, personal care; Keny-Guyer also received critical bipartisan support from Rep. Julie Parrish, R-West Linn, who stressed the importance of choice in healthcare, even if Parrish -- unlike Keny-Guyer -- would never, as she put it, have chosen home birth for her own babies.

It was thought that licensure would solve a big part of the problem that the Oregon Health Plan as well as private insurance have with covering direct-entry midwife services. But taking this service outside the CCOs means the state has to sacrifice coordination of care and disrupts the delivery of healthcare for one of the most common healthcare expenses. That makes a state carve-out an uneasy compromise that may become an issue in the 2015 legislative session.

The lack of midwifery coverage by the CCOs is a topic that provokes such controversy that few people contacted by The Lund Report would speak on the record.

Doug Flow, the president of the AllCare Health Plan in southern Oregon, sat on the committee that developed the state’s report, but his spokesman, Freddy Sennhauser, said the CCO didn’t wish to wade into the controversy by making a comment. The Oregon Health Authority also declined to provide anyone to be interviewed, instead repeatedly sending the committee’s report, which makes some suggestions for legislation, but nothing concrete.

The CCOs and the midwives appear trapped in a Catch-22 with no simple bridge across their impasse.

The average salary of a direct-entry midwife may be as low as $20,000, and the liability insurance premiums can be prohibitively expensive, costing several thousand dollars a year. But the CCOs can understandably not want to contract with healthcare providers who don’t carry liability insurance of $1 million or more, particularly given the rash of preventable infant deaths at the hands of unlicensed midwives in Oregon in the past 10 years.

The committee report pitched a couple of possible solutions, such as allowing the state to make more affordable liability insurance available to midwives or modeling a New Mexico law that held the state, and possibly by extension, the CCOs, harmless for medical claims arising from the work of a midwife.

"I am certainly interested in staying involved in this issue," Keny-Guyer told The Lund Report. "And will consider legislation in 2015 if needed."

In the meantime, the committee’s report hammered out crucial safety rules to govern the open-card system, and their recommendations were released to the public this spring.

In order for the state to pay for a midwife’s services, any complicated births must be transferred to a hospital, such as breech births, cases of gestational diabetes, or if a woman previously delivered a child through caesarean surgery.

Under the rules likely to take effect in December, expectant mothers will be able to opt for a midwife at any time during their pregnancy. Previously, the only way the state would pay for home births was if a woman came onto the Oregon Health Plan in her third trimester. Silke Akerson, the president of the Oregon Midwifery Council, said this created a perverse incentive for some women who decided to go without health insurance rather than be given a health plan that wouldn’t cover midwifery.

“It encouraged people who are interested in midwifery care to go uncovered for the first two trimesters of their pregnancy,” Akerson said. “Birth is a really large expense. Very few low-income families can afford to pay $3,000 to $4,000 out-of-pocket,” she added, stating the cost of a home birth.

The issue has become even more important for Oregon midwives because of the Affordable Care Act. Before the law took effect, women could get the Oregon Health Plan for pregnancy if their income was lower than 200 percent of the federal poverty level, even as they would have remained uninsured otherwise. But now, Obamacare has expanded Medicaid for anyone who earns less than 138 percent of poverty, regardless of pregnancy. This meant that many women took the insurance from the CCOs, before they got pregnant, which ironically has prevented them from getting a home birth covered that they would have been entitled to -- had they remained uninsured -- until they were seven months pregnant.

About 5 percent of Oregon births take place outside of a hospital and about 20 percent end up being transferred to a hospital due to complications -- only 4 percent of Oregon babies are actually born at home or in a birth center. The historic obstacles have meant that while nearly half of all Oregon births are paid for by the Oregon Health Plan, fewer than a quarter of the Oregon out-of-hospital births are picked up by the state.

The open-card compromise should open up the service to thousands more women, so long as their pregnancies don’t meet any of the listed complications. The report also addressed a sticking point among supporters of more natural births -- the lack of opportunity for women to have a vaginal delivery, even in a hospital, if they have any of these complications, particularly a previous caesarean delivery.

The report asks that the health authority support statewide efforts to increase vaginal births in these cases within hospital settings, which could decrease the incentive for some women to risk having a child with complications at home.

It's odd that the article refers to a "rash of preventable infant deaths" without any supporting documentation or link. It is notable that the US has the worst infant mortality outcomes in the industrialized world, with the vast majority of births being delivered in hospitals by physicians. There are clearly a lot of "preventable infant deaths" occurring in hospitals as well, but these appear to get scant coverage. Most other industrialized countries use a midwifery model of care, and this clearly leads to better outcomes compared to the USA. While there may be issues with lay midwifery that need to be addressed, the article paints a picture that home birth attended by a midwife is somehow dramatically more dangerous than hospital birth, but the facts speak otherwise. It is unfortunate that the article did not address what appears to be an enormous cultural bias against midwifery. ---- Steve

I don't think it's acceptable. Most women, when becoming pregnant and finding a provider, will look at their insurance carriers' provder lists and chose from that list. If they are part of a CCO and find no midwives on the list, they are going to assume, unless otherwise informed, that home birth with a midwife is not an option for them. This move was just to please midwives, not to make choices available to mothers on OHP. I think that CCOs and other private insurance companies need to hold up to the requirements of the ACA and stop discriminating against licensed practitioners. The other flaw in this decision is that OHP will limit what determines "low risk" to tighter requirements than a licensed midwife could practice without taking the insurance payment. Which means insurance is determining the scope of practice of these professionals who have been trained in delivering of breech, VBAC and Twin deliveries. It is continuing to limit the choices of women, not help them. We need to continue to advocate for CCOs to stop playing games and follow the ACA as it was written which includes providing payment to ALL licensed health care practitioners under their scope of practice, including midwives, chiropractors, NDs and acupuncturists of the patient's choice in the area where they provide insurance. No more loop holes, no more excuses.