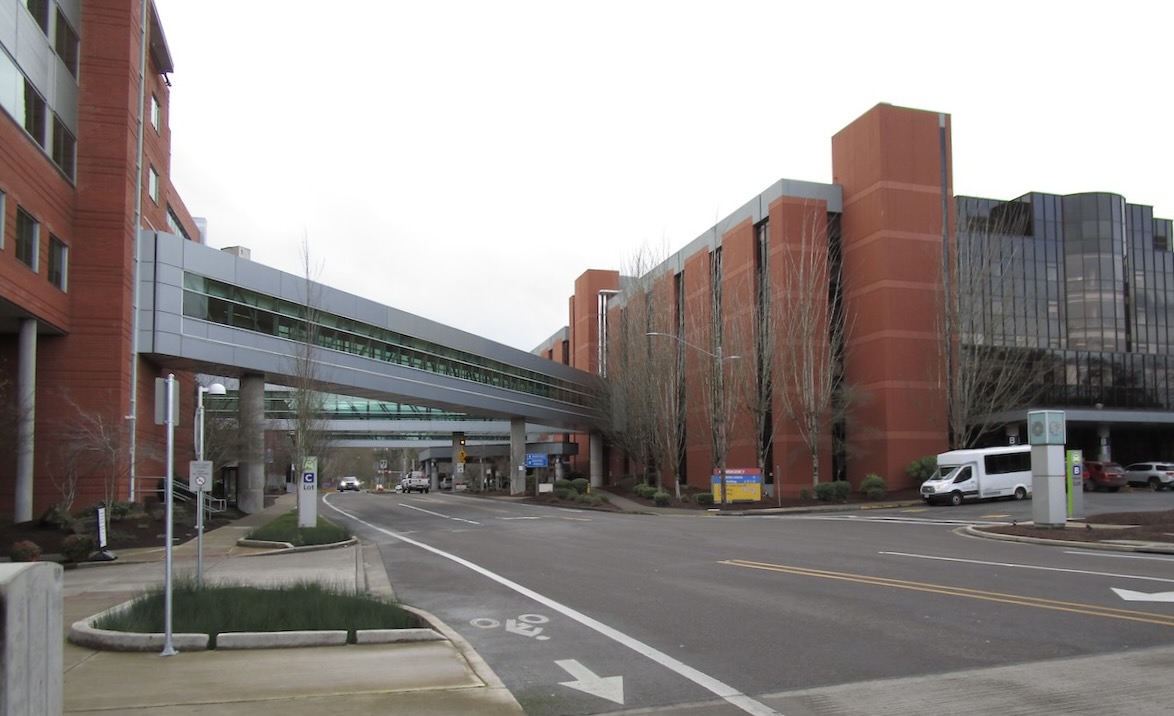 Salem Hospital diverted ambulances away from its emergency rooms due to the statewide bottleneck./Ben Botkin/The Lund Report

Oregon hospitals face an escalating crisis with hundreds of patients ready for discharge but nowhere to send them.

State officials and the health care industry are at the table and scrambling to find solutions. For example, Salem Hospital diverted ambulances from its emergency rooms. Elsewhere, patients face longer wait times for surgeries and other care. In some hospitals, patients are staying in emergency rooms due to a lack of bed space and staffing.

But the answer to the crisis will not be a simple fix. As COVID-19 fades, demand for health care continues. Non-urgent surgeries and procedures that the state halted in the early days of the pandemic are one cause of the current demand on the health care system. Meanwhile, hospitals and clinics struggle to recruit and retain the workforce necessary to meet the demand, including nurses, technicians and other positions.

The workforce crisis extends to other parts of the health care and caregiving industry, including long-term care facilities, nursing homes and adult foster homes that can accept patients who need care, but not at the high level of a hospital. An inability to take more patients in these sectors is a significant cause of the back-up at hospitals.

These compounding factors mean the state and hospitals will likely need a number of tools to address the challenge. At this point, state officials are uncertain what path they may take. One idea is to incentivise discharges and transfers so providers have more funding for staff. Another involves  removing barriers for licensing that delay workforce growth, such as the lag when out-of-state health workers move to Oregon and transfer their licenses.

The Oregon Association of Hospitals and Health Systems, which represents 62 hospitals statewide, is urging state officials to take swift action.

In a July 21 letter to Gov. Kate Brown, the trade group said even with COVID-19 hospitalizations lower than peak surges, “hospital capacity is as strained as it was during those difficult periods.”

“This trend has been worsening, even though we are in the summer when hospitals typically see fewer patients,” Becky Hultberg, the group’s president and CEO, wrote in the letter. “Without action, this current crisis could turn into a disaster over the coming months, affecting the lives and health of Oregonians across the state.”

Oregon Health Authority data show that hospitals are stretched and, in some cases, nearly full, as of Aug. 3.

On July 28, health authority leaders and the hospital industry met to start talking about options. A PowerPoint presentation from that meeting, obtained by The Lund Report, shows details of the ideas under consideration.

One concept would offer financial incentives for providers when patients are discharged to the appropriate level of care, such as from a hospital to a skilled nursing facility or from a nursing home to an adult foster home. Providers would get a $5,000 incentive for each patient they take in the form of two equal payments, one immediately and another after 90 days. This concept, if adopted, would cost an estimated $10 million.

The incentive program would build upon the success of a similar program that the state used during the pandemic.

Health authority officials said the concept could change or other ideas could be pursued instead.

If sought, its goal would be to free up beds in hospitals and skilled nursing homes as people transition to the appropriate level of care, Allen said.

This time, additional staff would be targeted to hospitals or long-term care facilities.

That cost could be about $20 million if pursued, though that’s a rough estimate.

“It’s just a discussion of opening that back up and how much, because (traveling nurses) are expensive,” said David Baden, chief financial officer with the health authority.

There are different structuring options, such as support staff for existing facilities or setting up and staffing additional units for patients.

These concepts and others comprise a list of ideas the hospital association submitted to the state.

“There’s not one specific solution that will address this crisis, it is likely that multiple approaches will have to be taken,” Hultberg said in an interview.

Allen said all the ideas merit a look, though it’s too soon to say what the final package will look like.

“Some may be more practical than others, but we’re working through all that,” Allen said.

Hultberg said the purpose of the list is to serve as a starting point for discussions.

The big-picture goal is to provide the workforce and resources necessary throughout the system, whether it’s hospitals, long-term care facilities or adult foster homes. That, in turn, will allow patients to efficiently move throughout the system as their needs change, Hultberg said.

“It’s critical that we have beds for patients who need them,” Hultberg said. “And the only way that can happen is if all areas of the continuum of care are functioning.”

The state could pick the concepts it’s going with as early as the end of this week or early next week, Allen said.

As for funding, there is a $100 million special purpose appropriation that the health authority can access. To tap the fund, the Legislature’s emergency board would need to grant permission to use it for the requested purpose.

The hospital association, in a separate meeting, briefed lawmakers about the issue on July 28. A summary sheet sent to lawmakers after the briefing reads: “Hospitals are the canary in the coal mine of our health care system.”

Even as state officials move toward short-term actions, they say the issue will need long-term attention to address the workforce shortage.

Sen. Deb Patterson, D-Salem, said the Senate Health Care Committee, which she chairs, will have an informational hearing on hospital capacity on Sep. 22. Hospital feedback gathered then will likely influence bills that are introduced in the 2023 session.

Patterson said it’s a multi-faceted issue. Factors include the impact on rural ambulance providers when hospitals cannot accept patients and how to attract and retain health care workers.

“There are many, many moving parts to this situation, but I think we have done some good actions already,” Patterson said. “That’s why it’s important for us to continue the conversation.”

Aug 9 2022
News source:
The Lund Report
Keywords:
hospitals
×
This article is for premium subscribers. If you are one, please sign in below.
You can see two more premium stories for free. To subscribe, click here. We depend on premium subscriptions to survive, and they are tax deductible.
Sign InGo Premium Not now 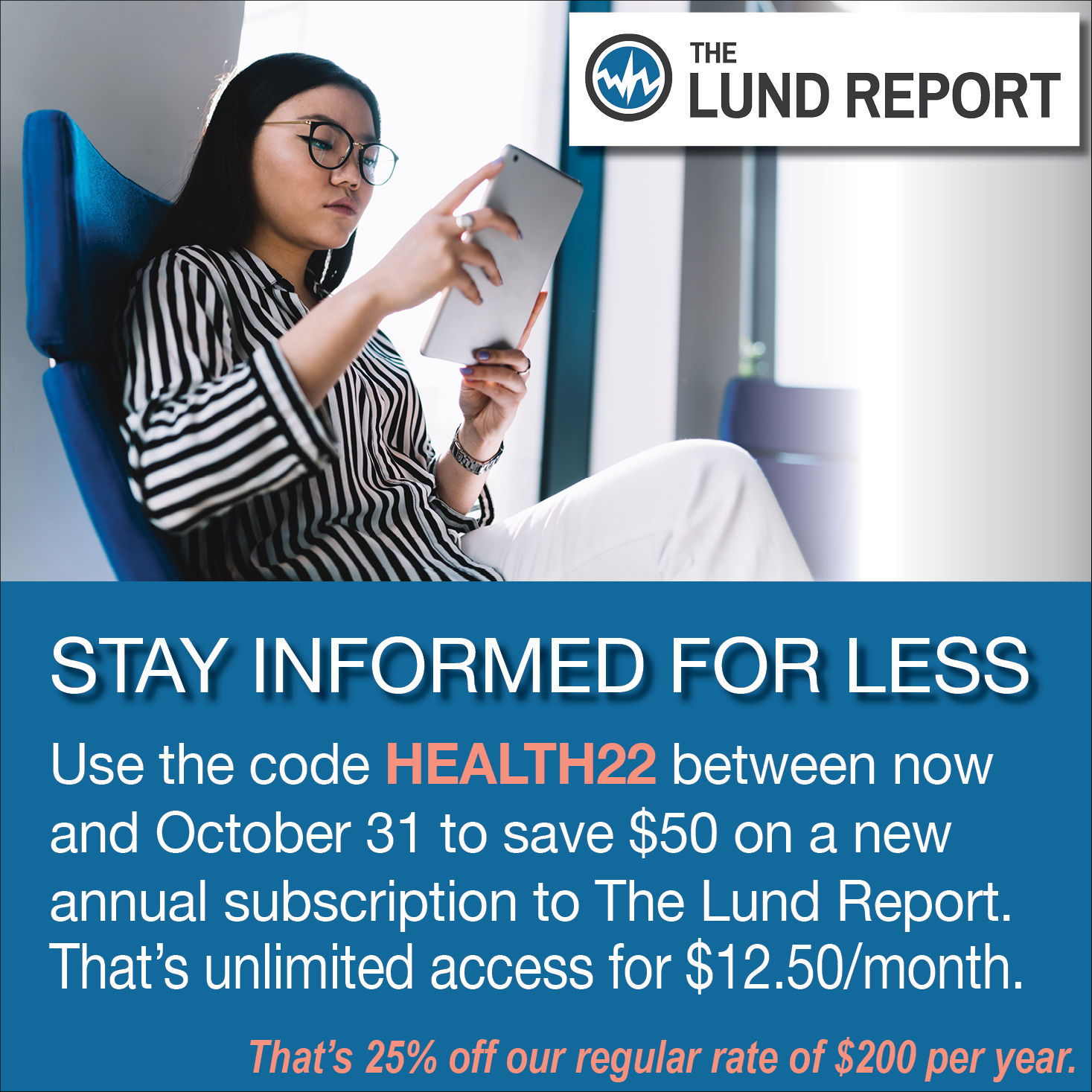