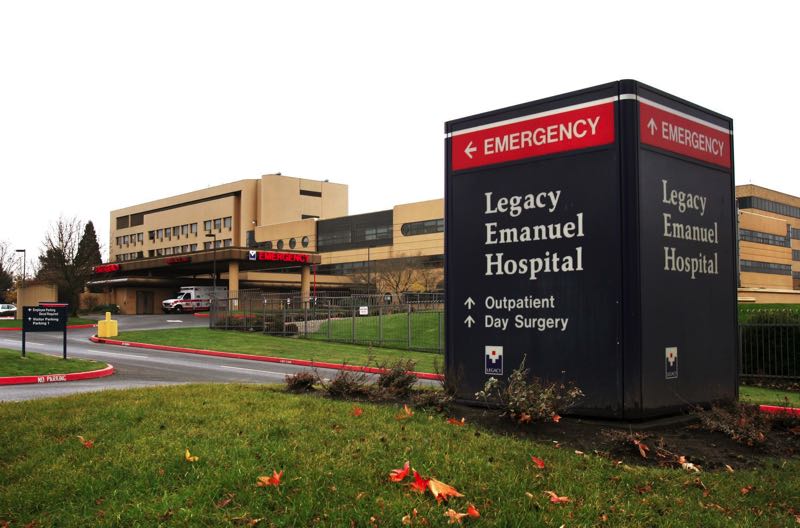 Three Oregon hospital systems have joined forces to sue the Oregon Health Authority for allegedly forcing them to give long-term care to civilly-committed mental health patients that they are not designed to provide.

Legacy Health, Providence Health & Services and PeaceHealth  filed the lawsuit on Wednesday in U.S. District Court in Eugene. They say the lawsuit, which names the health authority’s director, Patrick Allen, as the defendant, is intended to ensure the state fulfills its legal obligation to provide adequate mental health treatment capacity for civilly committed people.

The health authority has “failed in its responsibilities to this vulnerable population,” the suit says. “Rather than ensure and provide timely access to meaningful treatment, OHA is abandoning civilly committed patients and leaving them for extended periods of time in acute care community hospitals.”

The suit echoes complaints made in other litigation and in interviews with Oregon hospital officials. In Washington, the state has responded to similar complaints by building new facilities to ease overcrowding.

Asked to comment, the Oregon Health Authority provided only a general statement.

“Oregon Health Authority (OHA) and Oregon State Hospital (OSH) remain focused on the care of the hospital’s patients and supporting them on their road to recovery as they search for a new path forward,” wrote spokesperson Amber Shoebridge.

Attorneys for the three health care companies had previously sued to force the state to care for patients in other settings, such as Oregon State Hospital, the state-run psychiatric facility. A Lane County judge in February ruled in favor of PeaceHealth when it contested the placement of a patient in its Eugene hospital and cited the Oregon Health Authority’s “deliberate failure to make any placement decision.”

The new lawsuit, however, focuses on state’s broader handling of civil commitments. Each year, more than 500 with mental health needs are civilly committed to the health authority’s oversight. But according to data tracked by the state,  hundreds of them are kept in acute care hospitals when they should be in the Oregon State Hospital or other long-term care facilities. The hospital systems allege the health authority is violating the civil rights of those patients.

“Because their rights are not being protected by the state, some patients who have severe mental illness and may be violent have been forced to stay for as long as a year at community hospitals,” said Alicia Beymer, chief administrative officer, PeaceHealth, Sacred Heart University District and Cottage Grove Community Medical Center, in a statement. “This is unsafe for patients, those charged with their care and our communities,”

Under Oregon law, people are civilly committed for up to 180 days when a court deems them a danger to themselves or others. Acute care hospitals are intended to be a first stop for urgent medical needs and short-term stabilization, hospital officials say, but not the long-term solution. After the immediate stabilization, the state is legally required to put them in a facility equipped to provide long-term care, such as Oregon State Hospital, to help them to regain their liberty.

Instead, the state is warehousing patients in community hospitals for months on end, the lawsuit says.

Acute care units for behavioral health patients in community hospitals are locked, with little opportunity for patients to leave due to environmental and staffing limitations, the hospitals say in the suit.

In contrast, they say, long-term care facilities are equipped with more security, private rooms, kitchens and physical exercise areas – assets that hospitals do not provide. Without appropriate care, the warehoused patients deteriorate into unstable conditions, the suit says.

The lawsuit says the health authority has been “keenly aware of this problem for years but has done nothing to fix it.”

The health authority has provided expedited admissions to the state hospital in certain cases, but only for patients who are severely violent, the lawsuit says, noting most patients are not violent.

But even that isn’t always enough, the lawsuit says.

“Care providers are routinely assaulted (be it kicked, punched, shoved, or bitten),” the lawsuit says, but adds that “Even when care providers and others are injured, OHA routinely refuses expedited admission due to the patient not being violent enough.”

The lawsuit says the hospital systems for several years have asked the state for help in addressing the issue, calling the state “unresponsive.”

The litigation comes as Oregon State Hospital has come under court orders forcing it to complete timely admissions of patients who enter through the criminal justice system. This includes patients found guilty except for insanity and aid-and-assist patients – defendants who face criminal charges and need treatment before they can aid in the defense of their case.

The lawsuit argues these patients deserve care too: “It is past time for change.”

Aid-and-assist admissions have increasingly eaten up the bulk of new admissions, while new civil commitments are rare at the state hospital.

A decade ago, the state hospital housed more than 200 patients through civil commitments on an average day. It’s now less than one-tenth that figure. In June 2022, the average daily population was just 15.2 civilly committed patients.

The lawsuit seeks a court order to force the health authority to fulfill its obligation to care for civilly committed patients with the appropriate treatment and not use hospital property without just compensation. The lawsuit also seeks nominal compensation and attorney fees.

Sep 28 2022
News source:
The Lund Report
Keywords:
public health, state health policy, behavioral health
×
This article is for premium subscribers. If you are one, please sign in below.
You can see two more premium stories for free. To subscribe, click here. We depend on premium subscriptions to survive, and they are tax deductible.
Sign InGo Premium Not now