At all five hospitals, revenue increased while charity care went down in the latest installment of our series on hospital finances
By:
Courtney Sherwood

April 10, 2013 -- Revenue climbed at five central and southern Oregon hospitals in 2011, even as they all reduced how much they spent on charity care. Expenses were up as well, and four of the five saw profit margins decline, according to financial details revealed in this fifth installment in a series examining the state of Oregon hospitals.

Later this week The Lund Report will conclude its review of individual hospitals. The early stories in this series aim to provide snapshots of the 26 Oregon acute-care hospitals that pay a 4 percent tax on net revenue. In exchange for paying this tax, these hospitals receive higher Medicaid reimbursements for the care they provide. Next week, the series will begin to examine questions raised by these hospital snapshots. Upcoming installments will dig into executive pay, charity care and the Medicaid provider tax. 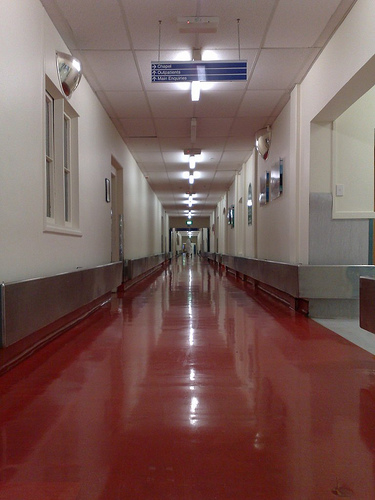 The first four stories in the series covered:

Medford-based Asante is a nonprofit healthcare company that owns two hospitals and operates a number of clinics along the Interstate 5 corridor in southern Oregon. Those hospitals – Rogue Regional Medical Center in Medford and Three Rivers Medical Center in Grants Pass – are at the heart of Asante’s efforts. The combined system’s revenue was $518.9 million in fiscal year 2011, with profit standing at $42.8 million.

Kent Brown, former CEO of Rogue Regional Medical Center, received $281,477 in base pay in fiscal year 2011, plus $82,134 in bonuses, $26,020 in deferred compensation, $21,917 in nontaxable benefits and $64,471 in other compensation – bringing his total remuneration to $476,019. Brown stepped down in April 2012 after five years on the job. IRS tax documents detailing the salary of his replacement, current CEO Scott Kelly, are not yet publicly available.

The Sisters of Mercy raised $12,000 from residents of Roseburg to build and open Mercy Medical Center in 1909. Nearly nine decades later, the hospital joined with other faith-based groups to found Catholic Health Initiatives, or CHI. Today, CHI is a national nonprofit that operates 73 hospitals, 40 senior-living care centers, two nursing colleges and many other health-related endeavors. Mercy Medical, meanwhile, continues to be Douglas County’s only acute-care hospital.

Founded in 1965, Klamath Falls-based Sky Lakes Medical Center is the only full-service hospital in a 10,000-square-mile area of southern Oregon and northern California. In 2007, the hospital opened a 100,000-square-foot inpatient care area. Though it is independent, Sky Lakes has established an affiliation with Oregon Health & Science University through which the Klamath Falls nonprofit carries out research and acts as a teaching hospital.

President and CEO Paul Stewart’s 2011 base pay was $317,525, but add in other forms of compensation and he actually made much more. He received $12,250 in retirement or deferred compensation benefits, $13,824 in nontaxable benefits, and $175,000 described by Sky Lakes only as “other compensation.” Add it all up, and Stewart’s total compensation for the year was $518,599.

Known as Cascade Healthcare Community until 2010, St. Charles Health System grew out of a merger of St. Charles Medical Center Bend and Central Oregon District Hospital in Redmond. Today both those hospitals use the St. Charles name, and their parent company also runs Pioneer Memorial Hospital in Prineville and operates clinics throughout Central Oregon.

St. Charles Bend, which opened in 1918, overshadows its sibling hospitals. It contributed close to 60 percent of its parent nonprofit’s revenue in fiscal year 2011. Built by Sisters of St. Joseph, the hospital ended its affiliation with the Catholic Church in 2010.

Image for this story by Dino Borelli (CC BY-NC 2.0) via Flickr.