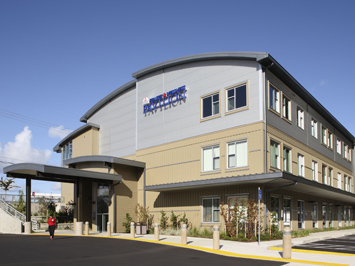 This is The Lund Report's 2014 look at hospitals. It has been re-printed as we revisit these hospitals in 2015. The most recent report is available to premium subscribers.

These are tough times for small hospitals trying to make it on their own. Of Oregon’s more than 50 hospitals, the vast majority are now affiliated with a larger network. And, as this latest installment in The Lund Report’s ongoing examination of Oregon hospitals shows, those still holding out may feel pressure to consolidate before long as well.

Ashland Community Hospital, which was on its own until 2012, has since joined the Asante network, while Grande Ronde Hospital is still independent, but has signed a non-management agreement with the Saint Alphonsus network.

And Silverton Hospital’s recent budget cuts, on the heels of a high-tech upgrade, highlight just why so many of its competitors are banding together. The Affordable Care Act is spurring healthcare organizations to implement costly high-tech investments, and many hospitals have concluded that it’s best to share the costs – and expertise – with others.

This story is the eighth in a series of articles in which The Lund Report aims to examine more than 50 hospitals licensed to operate in the state.

After completing its look at the facts and figures, The Lund Report will follow up with stories that tackle difficult questions about profits, compensation and the cost of caring for the poor.

Here’s a look at the few non-government independent hospitals that still remain in Oregon – and the two for-profit hospitals in the state.

Founded in 1907, Ashland Community Hospital’s current home campus was built in 1961. The hospital was owned by the city of Ashland from the mid-1920s through 1996, when the city transferred it to an independent nonprofit. Within 15 years, it was clear to the hospital’s governing board that they would need to affiliate with a larger healthcare system to keep the institution alive. Talks with Dignity Health, a California-based 17-state nonprofit network, fell apart in late 2012. Instead, Ashland Community Hospital decided to join the Asante network. The merger became formal on Aug. 1, 2013, Asante has agreed to keep the Ashland hospital open for at least 15 years, and to make improvements to the facility until then.

Since 1907, Grande Ronde Hospital has been serving La Grande and other communities in rural northeast Oregon. Based in an area isolated by mountain ranges, the surrounding mountain passes are frequently closed during the winter, and the next nearest hospitals are nearly 50 miles away. Grande Ronde is the local hospital for some 25,000 people.

Though it remains an independent nonprofit, in its 2013 fiscal year the hospital signed a non-management affiliation agreement with the Boise, Idaho-based St. Alphonsus Health System. “The affiliation is for the benefit of improving healthcare and providing access to affordable specialized care to the rural community,” Grande Ronde told the IRS in a tax filing.

Astoria’s first hospital, St. Mary’s, was founded in 1880 by Catholics. In 1927, a Lutheran group founded Columbia Hospital. In the 1970s, Columbia Hospital bought the St. Mary’s building, and then approved a significant expansion. The result: The Columbia Memorial Hospital of today.

Though still just a 25-bed critical-access hospital, Columbia Memorial’s board has plans for growth. CMH recently expanded and renovated its surgery services department, and its board has approved a plan to expand Columbia Memorial into a regional medical center.

The hospital’s current campus was built in the 1980s, and has expanded several times since. Good Shepherd Medical Center is now part of a larger Good Shepherd Health Care System, a network of clinics, a pharmacy, a hospice as well as the hospital.

Based in The Dalles, Mid-Columbia Medical Center serves about 50,000 people in both Oregon and Washington. The hospital was the first in the world to fully implement what’s known as the Planetree philosophy of care, a patient-centered, holistic approach to healthcare.

That patient-centered approach has been over-shadowed in recent years by a dark cloud: a series of assaults against women by former Mid-Columbia anesthesiologist Fred Field. He has been sentenced to 23 years in prison after pleading guilty to 11 counts of first-degree sex abuse and one count of first-degree rape. But Mid-Columbia continues to face litigation from former patients.

Stayton-based Santiam Memorial Hospital is a 50-bed acute-care hospital located about 12 miles east of Salem. It opened its doors in 1953, funded by donations from more than 3,000 people and businesses. Its west tower, completed in 2012, doubled its size, allowing the hospital to inaugurate the Santiam Surgery Center and the Santiam Family Birth Center.

Outside of Portland, hospital competition is rare in much of Oregon, but Santiam is near two competitors: Salem Hospital and Silverton Hospital. The three institutions collaborate on community health plans even as they compete for market share within the region.

Silverton Hospital was founded a century ago, and is now part of Silverton Health, a nonprofit network of that includes both the hospital and a number of clinics roughly 20 minutes east of Salem. Outside of Portland, hospital competition is rare in most Oregon, but it competes with Salem and Santiam Memorial hospitals.

In late fiscal year 2012, Silverton Hospital upgraded its computer system, with unexpected consequences for its financial health. The upgrade slowed down Silverton’s billing process, and collections slowed down in turn. In tax filings, the hospital said that this delay is largely to blame for a series of challenges it has since faced: with money slow to trickle in, cash holdings at the hospital dropped significantly in 2012, and put the hospital out of compliance with its long-term debt contracts.

In January 2012, the hospital put in place a 90-day “austerity program,” which included a hiring freeze and furloughs for management, as well as layoffs. Though it’s not reflected in 2012 financial figures, in IRS filings hospital officials said the plan was working, and that they were ahead of budget by midway into 2013.

Incorporated in 1963, Klamath Falls-based Sky Lakes Medical Center is the only full-service hospital in a 10,000-square-mile area of southern Oregon and northern California. In 2007, the hospital opened a 100,000-square-foot inpatient care area and took its current name – it was previously known as the Merle West Medical Center.

Though it is independent, Sky Lakes has established an affiliation with Oregon Health & Science University through which the Klamath Falls nonprofit carries out research. Sky Lakes is also a teaching hospital for family medicine residents and for nursing students.

Because it’s privately owned, McKenzie Willamette is one of the few hospitals in Oregon not required to publicly disclose how much it pays to its executives.

Because it is privately owned, Willamette Valley Medical Center is one of the few hospitals in Oregon not required to publicly disclose how much it pays to its executives.