Those dollars represent the higher costs experienced by Health Republic from medical claims and are partially response for its 38 percent rate request for individual plans in 2016.
By:
Diane Lund-Muzikant 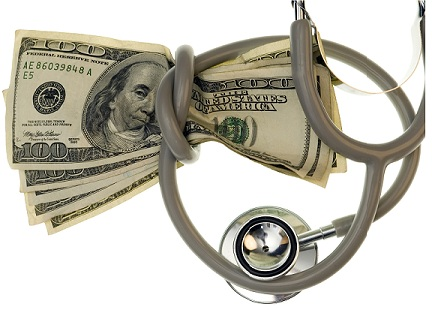 Moda Health isn’t the only Oregon insurer expecting to receive millions of dollars because its individual members had significantly higher medical claims last year – in what’s known as the federal risk corridor program created under the Affordable Care Act.

Health Republic finds itself in a similar bind –with $10.5 million owed – based on its medical claims, according to CEO Dawn Bonder, who called her plan “a peanut compared to Moda.”

But when its risk-based capital requirements reached a lower level because of those losses, it prompted a letter from Kevin Counihan, CEO of the Center for Consumer Information and Insurance Oversight, the agency responsible for leading the federal insurance exchange and managing relationships with state marketplaces. Officials from the Oregon Insurance Division got into the picture, along with actuaries and accountants from Health Republic.

“That letter requested an updated business plan to help CMS understand our viability strategy and how we were treating our risk corridor receivable,” said Bonder, adding that Health Republic was now in compliance with CMS and the Insurance Division on all matters.

Health Republic has chosen to admit 33 percent of the risk corridor revenue and will increase that amount if more is scheduled to be paid.

At this point we are solvent with an excess of 500 percent risk-based capital, Bonder said, and any payment above the $3.5 million will further increase that percentage.

Insolvency was never an issue, she contended, and Health Republic intends to maintain its level of risk-based capital with further capital influxes. Congress created the risk corridor program to compensate insurers for moving into the guaranteed insurance market – accepting people who have pre-existing medical conditions without charging higher premiums – and offered insurers additional revenue based on their claims experience, while those insurers with lower medical claims having to pay into the system. The goal is to redistribute that revenue in September.

In an attempt to curb its high medical expenditures, Health Republic will no longer offer its Platinum Plan in 2016 – where it paid 90 percent of all claims – and had been the only individual insurer on the4 exchange to do so. “We offered it in 2014 not knowing what everyone else was going to do,” Bonder said. Similar to other insurers, people can choose from its Bronze, Silver and Gold Plans, which pay for 60 percent, 70 percent and 80 percent of claims respectively.

At its rate hearing June 23, Bonder is confident she can demonstrate that Health Republic deserves a 38 percent rate hike next year, the second highest request followed by PacificSource, which is asking for a 42 percent increase.

Pharmaceutical and hospital costs are on the rise, she said, and Health Republic has a very large percentage of chronically ill who suffer from rheumatoid arthritis, Multiple Sclerosis, HIV and asthma –roughly 10 percent of its 4,500 individual members.

“It seems like we have more than our fair share, and we can demonstrate that our plans are underpriced,” she said. “We’ve seen record pharmaceutical and hospital price increases.” Overall, provider and hospital contracts rose by 3.15 percent, and Health Republic relies on the Providence Health & Services network to negotiate those rates.

When it came to pharmaceutical expenses, which rose by a similar amount last year, generic drugs were no exception. Often a drug priced at $6 increased to $27 by year’s end. “That makes it really hard to come up with the right pricing strategy because we have no control over those prices,” Bonder said.

In the small employer market, where Health Republic has close to 11,000 members, it’s requesting a 19 percent increase with its rates in southern and eastern Oregon significantly underpriced.

Costs Not Levelling Off

With the deep cutback of the uninsured population, most observers expected costs to level off, if not decrease, but that’s definitely not been the case – with the exception of alternative and complementary care which held firm.

Bonder questions the sociological economic demographics in Oregon, which has such a high percentage of young people on the Oregon Health Plan.

Could it be, she ponders, that most of these young people are relatively healthy, which accounts for the profitability of coordinated care organizations, which recorded million dollar profit margins during the first nine months of 2014.

From a commercial insurance perspective, unless this same population of healthy young people are purchasing coverage, it’s virtually impossible to balance the risk pool. “Over time, we need to see the impact that population has on the Oregon Health Plan,” Bonder said. “Right now there are so many pieces to the puzzle that haven’t been addressed yet, leaving us with incomplete information and so little data about whether healthcare reform and the coordinated care organizations have made a difference.”

In earlier reports Health Republic had a rough first quarter, losing $3.3 million, compared to a $2.3 million loss in the same quarter last year. It added 3,664 new members in the first three months of 2015, a 29 percent growth rate. Most of its members were in group plans (8,522) rather than individual plans (3,955).

Health Republic also disclosed that it received CMS loans to fund its growth, one for $8.4 million, one with a $10.3 million credit line and another for $50.4 million. The largest loan, which has a 0.37 annual interest rate, is being used to meet Health Republic’s risk-based capital requirements.

Bonder told The Lund Report that she has no intention of asking CMS for additional loan dollars going forward.