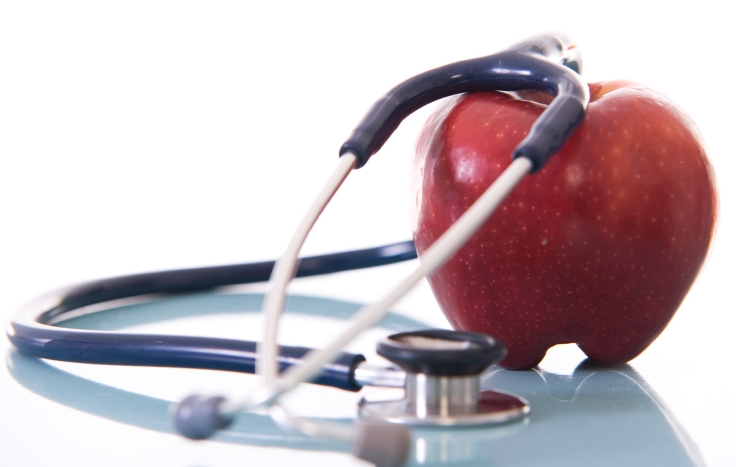 Oregon’s health insurance companies seem to be putting membership growth ahead of profitability.

In the first three months of this year, the 13 insurers that provide the most comprehensive health coverage in the state collectively added 112,774 new members. But that growth came at a cost, with losses at those insurers adding up to $88.1 million over that period, according to the latest financial reports filed with the National Association of Insurance Commissioners.

Here’s how the state’s insurance companies rank, based on members covered on March 31:

These numbers don’t tell the whole story. Many people at large employers like Nike, Intel, and the state of Oregon receive health insurance through self-funded employer plans, and those figures are not reported to the National Association of Insurance Commissioners. In addition, the coordinated care organizations born as a result of the Affordable Care Act do not report their finances to the NAIC, and use different forms and definitions when they issue financial updates to the state.

Nonetheless, quarterly NAIC filings provide one of the best available windows into the shifting world of Oregon health insurance.

Regence BlueCross BlueShield of Oregon Regence BCBS’s first-quarter 2015 net loss of $14.5 million was nearly double the $7.4 million it lost in the first three months of 2014. But those financial losses were accompanied by significant enrollment growth. The company signed on 28,475 new members – bringing total enrollment in Regence BCBS to the highest levels in at least five years.

Many of the people signing up for Regence BCBS plans may not be getting traditional health insurance, however. Only 33 percent of its members are in comprehensive plans bought by individuals or provided by employers. Click the accompanying spreadsheet for the breakdown by type of plan at Regence.

Also disclosed on the company’s NAIC filing was a $707,000 expense that resulted from Affordable Care Act requirements. That’s how much Regence had to rebate to individuals last year because its medical loss ratio fell below 80 percent for their plans. For the first three months of 2015, Regence BCBS said it does not expect to have to refund customers.

Kaiser reported a $21.3 million net loss for its insurance company’s first quarter of 2015. But its membership rolls climbed more slowly than many other Oregon insurers’, with only 6,223 new people signing up for Kaiser – about a 1 percent growth rate.

A profitable first quarter makes Providence a rare exception among the state’s largest health insurance companies. It reported a profit, also known as net income, of $274,935 in the first three months of this year, down from an $8.4 million profit in the same quarter of 2014.

Providence managed to grow its membership numbers by 10 percent even as it remained profitable, adding 21,975 people in the first quarter. About 76 percent of Providence’s plans are comprehensive traditional health insurance, with Medicare making up most of the difference.

Many other people receive healthcare through self-insured employer plans – including thousands through the state Public Employees Benefit Board (PEBB) program, and through Providence’s own employee plan, it disclosed in its filing with the NAIC, though it did not say how many people this amounts to.

PacificSource reported a net loss of $7.1 million in the first quarter, compared to a $6.5 million last year. It was also the only large Oregon insurance company to report losing members, with a drop of 6,157.

About 74 percent of PacificSource members are enrolled in traditional individual or group health insurance plans, with another 17,183 enrolled in its dental plans and 25,379 in plans the company describes as “other.”

Health Net reported a $4.5 million net loss in the first quarter -- an improvement over its $26.2 million first-quarter loss last year. Its membership grew by 6,984 people, or 9 percent.

About 61 percent of Health Net members are enrolled in traditional comprehensive health plans. The company also has 23,206 people enrolled in Medicare plans, and smaller numbers in dental and vision plans.

LifeWise reported a net loss of $8.3 million, compared to a $2.1 million loss in the first quarter last year. The smallest of Oregon’s large health insurance companies, LifeWise also saw one of the largest gains in membership within this category, adding 28,381 new members, for a 38 percent growth rate.

About 88 percent of LifeWise members are enrolled in comprehensive health plans – 44,450 as individuals, 21,604 through an employer. Another 7,846 members are on LifeWise dental plans, and 979 are signed up for the Lifewise Medicare Supplment.

Oregon’s Health CO-OP and Health Republic were both created as “consumer operated and oriented plans,” or CO-OPS, under the Affordable Care Act, and their financial reports with the National Association of Insurance Commissioners highlight some of the challenges of starting a new insurance business from scratch.

Oregon’s Health CO-OP, the larger of the two, reported a $1.7 million net loss in the first three months of the year, up from a $99,425 first-quarter 2014 loss. But its enrollment levels surged 88 percent, to 12,748, mostly through individual health plan sales, though the co-op also has some employer plans.

Co-ops have been created with the help of zero-interest and low-interest loans from the Centers for Medicare and Medicaid. Oregon’s Health CO-OP in 2012 received a $7.1 million start-up loan, and a $24.5 million solvency loan. Its credit line on the second loan is $49.5 million, so it could borrow more.

Health Republic reported a $3.3 million net loss in the first quarter, compared to a $2.3 million loss in the same quarter last year. It added 3,664 new members in this first three months of 2015, a 29 percent growth rate. More of its members are in group plans (8,522) rather than individual plans (3,955), which are the only plans it offers.

Health Republic also disclosed that it received CMS loans to fund its growth, one for $8.4 million, one with a $10.3 million credit line, and another for $50.4 million. The largest loan, which has a 0.37 percent annual interest rate, is being used to meet Health Republic’s risk-based capital requirements, the company said.

Mid Valley IPA Employee Benefit Trust, founded in Salem in 2005, is a self-funded group created by physician groups in the Willamette Valley. As of March, it offered insurance through 30 employer groups. Mid Valley reported a tiny profit of $790 in the first quarter, compared to $266,480 in the first quarter of 2014. Its membership fell a significant 55 percent, or 644 people, to 1,168.