First, Do No Harm

Over the past year, some insurance companies have become increasingly aggressive in exploiting and creating loopholes that would effectively force thousands of chronic disease patients into Medicare prematurely
By:
Scott Bruun 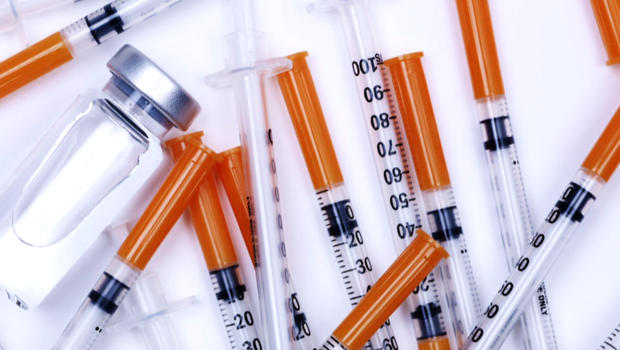 OPINION -- In recent months, Americans have seen growing evidence of failure within the Affordable Care Act. Whether it’s the dramatic annual increases for commercial insurance premiums, pharmaceutical price-gouging including $600 EpiPens and $190 vials of insulin (even though insulin was discovered in 1922), or news that patient choice is becoming more limited due to insurers – including Aetna, United Health and Humana -- leaving the Obamacare exchanges in droves, we are seeing that the system is not functioning the way it should. It is certainly not functioning the way Americans had hoped it would, or had been promised.

One more indication of a broken health-care system came in August when the Centers for Medicare & Medicaid Services (CMS) issued a memorandum entitled “CMS examines inappropriate steering of people eligible for Medicare or Medicaid into Marketplace plans.” The memorandum implicitly suggests that some health-care providers and charitable organizations are unduly steering patients away from Medicare or Medicaid and toward health insurance exchanges and private insurance plans.

The CMS doesn’t provide any evidence of this “steering” in its memo, instead only offering a blanket allegation. More disturbing is the fact that the CMS seems to be suggesting that patients who actually use the choices offered by the Affordable Care Act would “potentially result in greater costs to patients, and ultimately increase the cost of Marketplace coverage for everyone.”

This is important to consider because the CMS memo seems to come right out of the big insurance playbook. Almost, in fact, like big insurance provided the talking points and media coordination. After all, there is little doubt that insurance companies benefit when chronic disease patients with expensive treatment regimens – like kidney dialysis, diabetes, chemotherapy or respiratory care – choose Medicare or other taxpayer-funded public programs over private insurance.

Over the past year, some insurance companies have become increasingly aggressive in exploiting and creating loopholes that would effectively force thousands of chronic disease patients into Medicare prematurely. One example of this is recent efforts by insurance companies (also expressed in the CMS memo) to deny patients the right to use charitable assistance to help pay co-pays or premiums.

In other words, insurance companies seem to be saying that if a patient can’t afford his or her insurance premium, then nonprofit organizations shouldn’t be allowed to help them either. This prohibition would include any help from charities whose sole missions are to help make life a little easier for vulnerable patients.

The CMS memo suggests, again with no evidence, that some providers are inappropriately steering people away from Medicare. What should actually be in question is how some big insurance companies, in order to protect their bottom lines, are inappropriately steering patients with expensive treatment needs, based on specific diseases, into Medicare or other taxpayer-funded programs. This is exactly the kind of disease discrimination, based on pre-existing conditions, that the Affordable Care Act was designed to prohibit.

The Affordable Care Act has stalwart defenders and detractors. As others have noted, the fact that those defenders and detractors have not materially changed their positions over the seven years since the act was passed means that the prospect of any significant fix – which would require bipartisan compromise – is remote. Nevertheless, citizens and taxpayers must demand that vulnerable chronic disease patients – the child on dialysis, the senior on a respirator – not become collateral damage.

In other words, as we debate and consider health care in America, remember the Hippocratic Oath: First, do no harm. Do no harm to the tens of millions of Americans with chronic diseases – our neighbors, our coworkers, our parents, our children and friends.

Scott Bruun, a former Republican state legislator from Oregon, works for Hubbell Communications in Portland. Bruun is also Executive Director of the Chronic Disease Coalition and the Oregon Advocacy Chair for the American Diabetes Association.