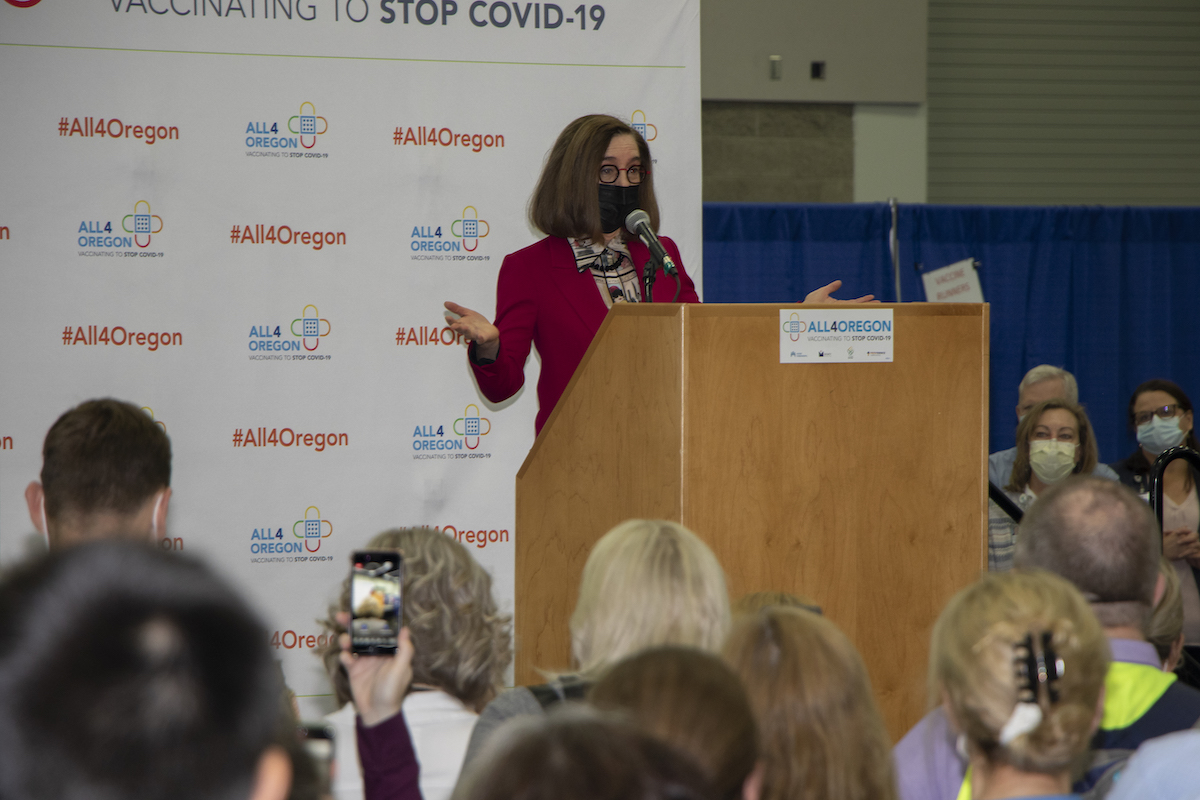 Oregon officials’ bid to increase spending for equity measures and housing as well as health services for people behind bars is prompting extra scrutiny by federal officials, according to records and interviews.

Like many states, Oregon has long crafted its own version of Medicaid, the federally funded program for low-income people, using what’s called a “waiver” from the standard rules. The state must apply to renew federal approval of the Oregon Health Plan’s waiver every five years, with its latest application submitted in February.

This year, however, officials at the federal Centers for Medicare and Medicaid Services have decided to examine the state’s renewal application more comprehensively. Rather than treating it as a renewal, they will consider Oregon’s proposal as an entirely new application, according to interviews as well as emails obtained by The Lund Report.

That’s because the state is requesting things that the federal government hasn’t approved for other states, said Lori Coyner, who is among the Oregon Health Authority officials spearheading the process.

The Oregon Health Plan covers services for people making less than 138 percent of the federal poverty level. For an individual, that’s an annual income of less than $18,754. For a family of four, it’s less than $38,295. Currently, it covers about 1.4 million people, or about 1 in 3 Oregonians.

Among the new twists in Oregon’s proposed revamp, the state seeks to avoid coverage interruptions for children by keeping them continuously enrolled until they turn 6. It also requests new flexibility to spend Medicaid money on equity programs and social determinants of health, such as housing. And it enables spending on treatment and services for adults and youth in state prisons and county jails, contrary to federal policy.

Coyner said it’s not surprising that initiatives that set a national precedent would draw extra attention. But she said the Biden administration has been more receptive than the one it replaced.

“The administration has been really clear that our asks are consistent with the policy directions that they want to go,” Coyner said. “They’re willing to take the time and effort to work through a lot of these other new initiatives.”

Emails obtained under Oregon’s public records law confirm that federal officials are asking a lot of questions, much as Oregon health care executives had done as the state worked on its draft application last year.

Of particular interest to the federal government, the state is seeking an exemption of sorts from federal rate-setting rules that Oregon officials have long characterized as creating perverse incentives for the 16 regional coordinated care organizations that serve Oregon Health Plan members around the state. The rules essentially penalize the organizations that successfully curb spending and thus are given lower per-member payments by the state.

The state’s nationally touted reforms of a decade ago were premised upon greater flexibility, a "global budget" for coordinated care organizations to enable the Medicaid-funded purchase of air conditioners as a preventative health measure.

Federal actuaries, however, dealt a blow to that flexibility a few years later. The purchase of oft-touted air conditioners wasn't considered medical spending for purposes of rate-setting — a fact that took on new significance last summer, when heat killed more than 100 Oregonians around the state.

The state took another run at the issue in its latest waiver application, asking for more rate-setting flexibility as well as the ability to consider non-medical “health-related services” as medical spending under the federal rules.

But in March, records show, a federal official wrote in an email that the state’s proposal is “not entirely clear,” and also that “we are having a bit of a hard time following” the state’s reasoning.

In an effort to streamline the approval process, the state has already taken a step back from its initial proposal, agreeing to “lower the priority” of its bid for a new rate-setting exemption, the records show.

The good news? In an obscure calculation required for Medicaid waivers, the federal government is letting Oregon use carryover “savings” generated on paper during the previous five years to meet a federal requirement that a proposed waiver be budget neutral. It is doing so despite considering the state’s application to be entirely new, rather than a renewal.

By showing “savings” on paper over projected spending hikes that it contends would occur if the waiver is not approved, the state is requesting that the federal government provide additional funding to the state — potentially hundreds of millions of dollars or more.

Coyner said she is confident that negotiations with federal officials will be concluded by the end of the year, when Gov. Kate Brown’s final term expires.

“We're in active negotiations right now,” Coyner said. “It's important to her that these initiatives pass before she leaves.”

Apr 7 2022
News source:
The Lund Report
Keywords:
Lori Coyner, medicaid
×
This article is for premium subscribers. If you are one, please sign in below.
You can see two more premium stories for free. To subscribe, click here. We depend on premium subscriptions to survive, and they are tax deductible.
Sign InGo Premium Not now