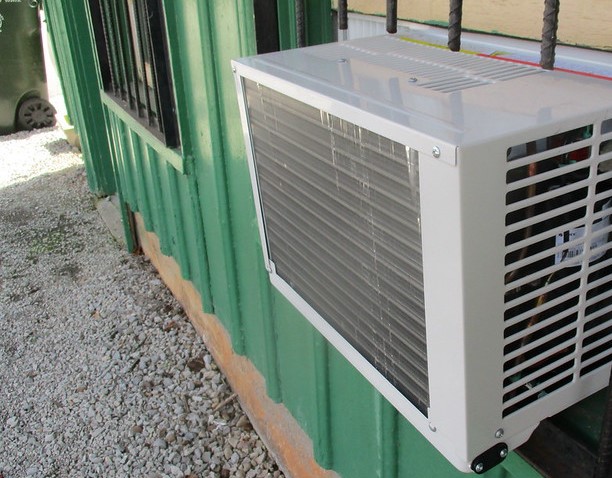 When then-Gov. John Kitzhaber was making the case for a restructuring of the state’s Medicaid system in 2012, he often told a story about an elderly woman with a heart condition who lived alone without air conditioning.

On a very hot summer day, her condition worsened, he said, requiring an expensive trip to the hospital. Kitzhaber argued that allowing the state the flexibility to spend a few hundred Medicaid dollars on an air conditioner for the woman and others like her would save taxpayer money and improve health outcomes.

The state now has the flexibility Kitzhaber sought: The federal government allows the Oregon Health Plan to use money on “health-related services” like yoga class vouchers, weighted blankets and tablets for video appointments that improve quality of life and health outcomes.

Air conditioners are also on the list, and they save lives. During heat waves this summer, 116 people in Oregon died, state officials said. Many didn’t have air conditioning or even a fan.

It’s unclear how many were on Medicaid, which insures low-income residents. A majority were elderly, according to news reports. Some were transients, indicating they were low income. That’s the population that Medicaid covers.

Though the coordinated care organizations that administer the Oregon Health Plan, the state’s version of Medicaid, have to report overall spending on health-related items to the state, the Oregon Health Authority doesn’t require details.

The authority doesn’t want to discourage useful spending by adding to their administrative burden, Philip Schmidt, an agency spokesman, said in an email.

The health authority does not track the number of air conditioners that have been purchased with Medicaid money. It also doesn’t require cost-benefit analyses, according to a guide on the agency’s website that outlines restrictions associated with health-related spending.

The Oregon Health Authority only requires these expenditures to be grounded in evidence-based medicine, Schmidt said, which includes widely accepted clinical practices and criteria set by medical associations.

“We set expectations and goals,” Schmidt said. “We provide a flexible approach for CCOs to use to meet the expectation/goal.”

When Kitzhaber and others were revamping Oregon’s Medicaid program, they wanted to address factors that influence health outcomes but are not normally covered by insurance plans, said Dr. Bruce Goldberg, former director of the Oregon Health Authority. “Social determinants of health” include factors like the environment, employment and education. Regular exposure to polluted air, for example, being homeless or eating unhealthy food can have a big impact on health.

The Oregon Health Plan also was designed to rein in costs through creative spending, like buying air filters, for example.

“We were looking to lower health care costs by providing better care,” said Goldberg, currently a professor of the School of Public Health run by Oregon Health & Science University and Portland State University.

The plan, which won federal approval through a waiver of traditional Medicaid rules, gave the newly created coordinated care organizations flexibility to spend relatively small amounts of money addressing social determinants of health. The idea was to reduce emergency room visits and hospital stays. Hospital spending is the most expensive medical care.

Focusing on prevention like buying an air conditioner for an elderly woman living alone is a good example of cost-effective health care spending, Goldberg said.

Under the waiver, the Oregon Health Authority must produce metrics showing that it’s producing better health outcomes. Goldberg said those metrics show that it is.

The most recent report evaluating the performance of coordinated care organizations in 2019 shows they’re meeting many core targets.

Fewer used emergency departments for issues that could have been treated through primary care. In 2019, 66% of adults on the plan described their health as good to excellent, up from 56% in 2011.

Spending on health-related items represents a fraction of overall Medicaid spending in Oregon. The state’s Medicaid budget totals around $9 billion a year, and now has about 1.3 million members. In 2019, coordinated care organizations spent $16.2 million on approved health-related services, according to Oregon Health Authority figures.

Coordinated care organizations more than doubled their spending on health-related items in 2020 to $34 million, according to their financial filings with the Oregon Health Authority.

The Lund Report asked Oregon’s coordinated care organizations how many air conditioners they have purchased for members to protect them from heat. Only a handful responded, and most couldn’t provide a figure.

“I am not able to slice the data about air conditioners,” Becca Thomsen, spokeswoman for CareOregon which insures members in the Portland area, said in an email.

PacificSource, which insures more than 200,000 Medicaid members in central Oregon, Lane County, the Columbia Gorge area and Marion and Polk counties, only purchased 13 air conditioners in 2020, at a cost of over $4,000, according to Erin Fair Taylor, vice president of Medicaid programs. PacificSource has purchased 11 AC units so far this year, spending less than $3,000 (it didn’t have costs yet for three units).

Fair Taylor said that when providers request an item like an air conditioner, PacificSource’s care coordination staff consider the member’s underlying conditions in determining whether to approve it. She said that all the requests for air conditioners have been approved.

State regulations require health-related spending to be consistent with a member’s treatment plan. Providers also have to make a request. Fair Taylor said all requests for AC units have been approved.

But air conditioning is low on the list of items requested by providers.

“Our members' needs are not isolated to just air conditioning units to help keep them safe and healthy,” Health Share spokesman Jeremy Graybill, said in an email. “In addition to air conditioning, they may need help with utility assistance, bills, electricity, installation, and so on.”

Josh Balloch, vice president of AllCare Health, which covers more than 60,000 members in Curry, Jackson and Josephine counties and part of Douglas County, said it’s not always straightforward to equip members with AC units. The coordinated care organization has to verify whether a member’s home has the electricity load to run it or hire electricians and carpenters to install it correctly. Sometimes, a landlord who’s worried about leakage won’t allow an air conditioner to be installed.

And it can make more sense to get a member a hotel or a ride to a cooling center during a heat wave, Balloch said.

State officials are currently working on Oregon’s application for its next five-year Medicaid plan. The application could give Oregon even more flexibility. Balloch said he hopes coordinated care organizations will have greater leeway to build housing and other infrastructure for needy people.

“It’s much bigger than an air conditioner,” he said.

Though spending on AC units could go up.

Following June’s heatwave, the Oregon Health Authority sent out a memo to coordinated care organizations asking them to take a more proactive approach during extreme heat events. It recommended using hospital records to identify and help members who may have conditions that make them particularly vulnerable during heat.

As temperatures rose above 100 degrees Fahrenheit in July, Fair Taylor said PacificSource looked at its data to identify vulnerable members. She said PacificSource contacted them to make sure their medications were refrigerated or to see if they needed a ride to a cooling center. PacificSource also expedited any heat-related requests from members, she said.

Graybill said that Health Share has done similar outreach and sped up the process for getting cooling units, ice and fans for members. He said the process can be confusing for members and that they don’t know enough about this benefit.

You can reach Jake Thomas at [email protected] or on Twitter @jakethomas2009.

Aug 16 2021
News source:
The Lund Report
Keywords:
heat wave, medicaid, oregon health authority, oregon health plan, social determinants
×
This article is for premium subscribers. If you are one, please sign in below.
You can see two more premium stories for free. To subscribe, click here. We depend on premium subscriptions to survive, and they are tax deductible.
Sign InGo Premium Not now