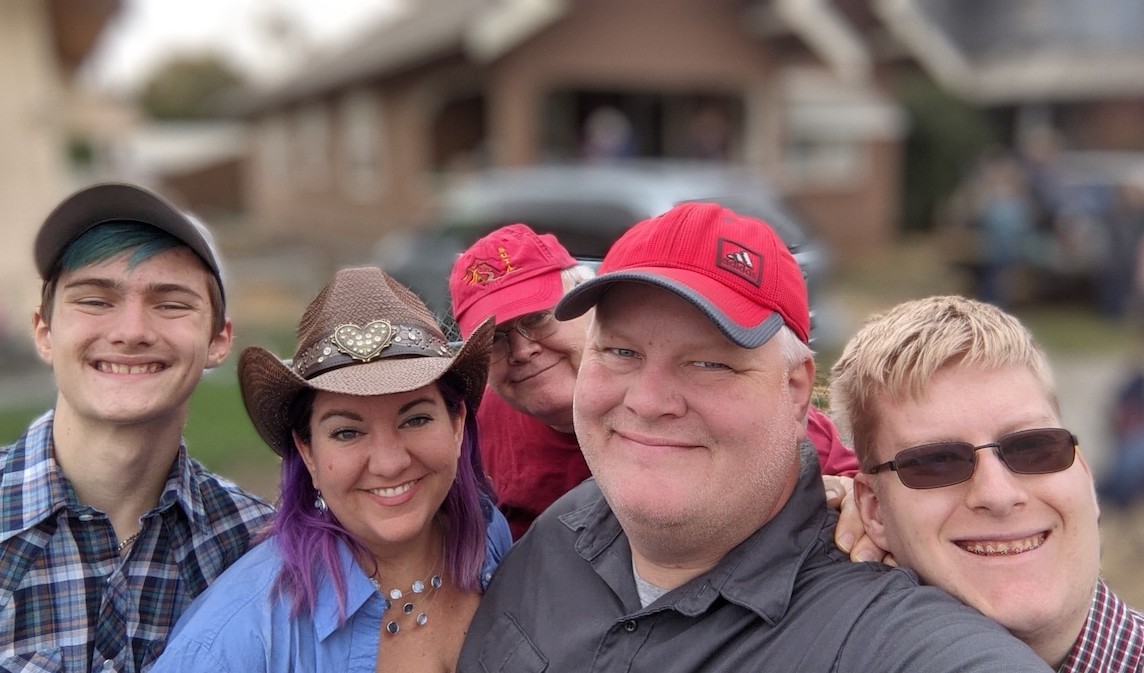 In an about-face, the Oregon Health Authority plans to phase out a decades-old system of rationing health care to low-income children that faced increasing criticism.

The health authority announced Tuesday it will abandon a waiver that has allowed Oregon to bypass the federal law that requires all states to provide medically necessary care to children under the federal health care program, Medicaid.

The planned change marks an unprecedented departure from the alone-in-the-nation system that the Oregon Health Plan has relied upon since the 1990s.

The health authority’s decision came weeks after state officials defended the state’s system to The Lund Report in an in-depth examination of the policy published Jan. 13, which was then featured on Oregon Public Broadcasting’s Think Out Loud show.

The change came after “careful consideration of community input and a comprehensive internal review,” said Jeremy Vandehey, director of the health authority’s health policy and analytics division, in the announcement with Interim Medicaid Director Dana Hittle.

To reflect the shift in thinking, state officials will now rewrite Oregon’s application to the federal government for renewal of its five-year Medicaid plan, which expires June 30.

The Oregon Health Plan covers more than 400,000 children – more than one in three in the state.

Oregon’s journey to this point has its roots in a 1960s federal law. In 1967, as part of President Lyndon B. Johnson’s New Deal, Congress passed the children’s health portion of Medicaid. It’s called the Early and Periodic Screening, Diagnosis and Treatment program, or EPSDT. It requires all Medicaid-eligible children under 21 receive access to periodic physical, dental, vision and hearing checkups.

Significantly, the law also requires that all states provide any medically necessary health care for children, even if it’s for a service that adults on Medicaid would be ineligible to receive.

But the federal government allows states to seek variances, or waivers, in how they provide Medicaid coverage to families that differ from federal norms.

In 1993, Oregon won federal approval for its plan to ration care in order to afford coverage for more people. Under the system, members of the Oregon Health Plan get their claims for medical service approved — or denied — based upon what’s called the “prioritized list of health services.” The lengthy list ranks treatments based on factors such as the condition’s impact on a person’s health and the effectiveness of a treatment.

For example, medical care for pregnant women is at the top of the list. Experimental treatments with a low chance of success are lower on the list.

When the system works, a cosmetic surgeon will tell an average-looking Oregonian that their Oregon Health Plan coverage won’t cover a taxpayer-funded nose job because it’s well below the line for coverage.

But when the system fails, children fall through the cracks.

Significantly, as part of the waiver, Oregon officials persuaded the federal government to let it apply its rationing system to children as well, exempting the state from the law requiring coverage of all medically necessary physical, dental and behavioral health care for children of low-income families.

As a result, Oregon has long made it very difficult for kids with certain conditions to obtain treatment. They can range from rare conditions, such as developmental issues tied to epilepsy and cognitive functions, to common conditions such as hay fever.

Officials had defended the system, saying it allows appeals. But as The Lund Report reported last month, others inside the Oregon Health Authority were concerned. In a private conversation about the issue, a federal CMS official told a health authority Medicaid analyst: “I don't know how Oregon got away with this for so long,” according to an email obtained by The Lund Report.

The analyst echoed the concern, adding that educating managers about federal requirements is “like trying to convince them that Big Foot exists.”

This year, as the state sought to renew federal approval of the Oregon Health Plan’s specialized rules, the state’s approach toward children’s benefits became a target for parents, providers and advocates.

They used the state’s public input process for the Medicaid waiver to flag the issue.

The once-obscure EPSDT acronym appeared 356 times throughout 666 pages of public written feedback the health authority received about its Medicaid waiver application. Advocates for people with cancer, epilepsy and other conditions all weighed encouraging the state to abandon the waiver.

Pediatricians at Oregon Health & Science University’s Doernbecher Children’s Hospital called the policy “fundamentally racist” and discriminatory toward the disproportionately high number of minority children who rely on the Oregon Health Plan for coverage.

Disability Rights Oregon took the lead in penning a letter to the Oregon Health Authority as part of its public comments on the Medicaid waiver. More than 50 other groups signed onto the letter, which asked Oregon to end the waiver’s restriction, saying Oregon “too often fails to give children the care they need.”

“We hope that it brings a greater level of equity,” said Meghan Moyer, public policy director of Disability Rights Oregon. “Before, if your condition was not on the prioritized list, you needed to be a well-connected squeaky wheel to find a work-around.”

Advocates had raised similar concerns in prior application cycles, some advocates noted. This time, it appears to have worked.

“I have personally been working on this for a decade and I’m really happy to see that they want to end the longstanding waiver,” said Paul Terdal, a father who for a decade has fought to ensure the state program covers the needs of autistic children, in an interview.

“This time there have been lots and lots of organizations all weighing in and I think the media attention definitely helped,” he added.

Organizations outside Oregon also weighed in, such as the North Carolina-based National Health Law Program, which advocates for health and civil rights for marginalized people in the health care system.

“Oregon’s decision to reinstate EPSDT coverage is a victory for children and families across the State, particularly children with disabilities and also children of color, who have been disproportionately impacted by this policy,” said Jane Perkins, legal director at the National Health Law Program,  in a statement.

Some lawmakers said The Lund Report’s article raised questions for them or echoed their concerns. At an Oregon Health Forum event on Jan. 20, Rep. Rob Nosse, D-Portland, said the state may need to reexamine its approach to children’s health coverage within the framework of the prioritized list. In response to a question, Nosse said he wasn’t saying the state should get rid of the list, but “maybe the prioritized list needs some examination and we need to have a reevaluation and relook at it.”

“That list set us up to be able to have a more affordable Medicaid system,” said Nosse, also chair of the House Behavioral Health Committee. “But the federal government and advocates are right to say if you’re using that to limit treatment, that is potentially a dangerous place to go.”

Sen. Sara Gelser Blouin, D-Corvallis, hailed the state's move to eliminate the EPSDT waiver as "a game changer for Oregon children and youth."

"There are enough barriers to care for kids with complex needs already," said Gelser Blouin, also chair of the Senate Committee on Human Services, Mental Health and Recovery.  "Adding rationing never made any sense. Not only will this benefit children and youth with unique medical needs, it will boost access to services to support early childhood development.  This also has the potential to swing open doors to mental and behavioral health services desperately needed for Oregon children, youth and families.  My  hat is off to the advocates who raised their voices to secure this change."

Next Steps For Health Authority

The state’s system has impacted families like those of 17-year-old Cainan Molzer of Medford. He faced more than a year of denials for a growth hormone needed to treat a rare genetic disorder that can impact the growth of children’s bodies and their cognitive abilities, such as concentration.

Those denials came despite specialists from Oregon Health & Science University approving the treatment.

Now, families will wait for the state to untangle the web.

The health authority will propose to the federal Centers for Medicare & Medicaid Services that it cover “all treatments and services determined as medically necessary in accordance with the EPSDT benefit,” the agency’s memo says.

But the state’s work of unwinding its long-standing EPSDT waiver is not simple or quick. That work includes a so-called “phase out period.”

The memo said the state will complete the following steps:

Previously, health authority officials had defended its system, saying families can appeal cases or ask their coordinated care organizations, the state’s insurers for Oregon Health Plan coverage, to cover treatments they don’t have to.

On Tuesday, the health authority acknowledged improvements are necessary.

“OHA is aware that these processes can be lengthy and burdensome to providers and families and aims to improve that experience,” the announcement said. “OHA understands that children, adolescents and families managing complex medical needs require processes that are accessible and responsive to their needs.”

The memo doesn’t outline the timeline for the phase out. Hittle, the state’s interim Medicaid director, said the time frame is “subject to negotiation with CMS.”

“Beyond that, it is important to note that in order to implement a new system for administering benefits there will be multiple IT system changes, new rules, guidance, quality assurance and other operational changes,” Hittle said in a statement provided to The Lund Report.

For now, advocates are optimistic about the future but plan to continue to closely follow the health authority’s process.

Moyer said DRO would like to see the timeline more defined.

Terdal said he appreciates the health authority’s move, but also still has questions about how a “phased in” approach would work and how long it may take.

“If they’re not going to comply right away, how do they legally justify that?” Terdal said.

Advocates say they are looking forward to more clarity, with a system that bases care on a set standard of medically necessary care that will reduce the red tape for families as they work with the coordinated care organizations to obtain coverage.

“What we believe that’s going to do is allow doctors and patients to be in the driver’s seat and have meaningful ability to appeal a denial of coverage,” Moyer said. “The appeal is now a conversation about 'medically necessary.' It’s not looking at a set list of covered or not covered conditions. And that to us is a huge step forward.”