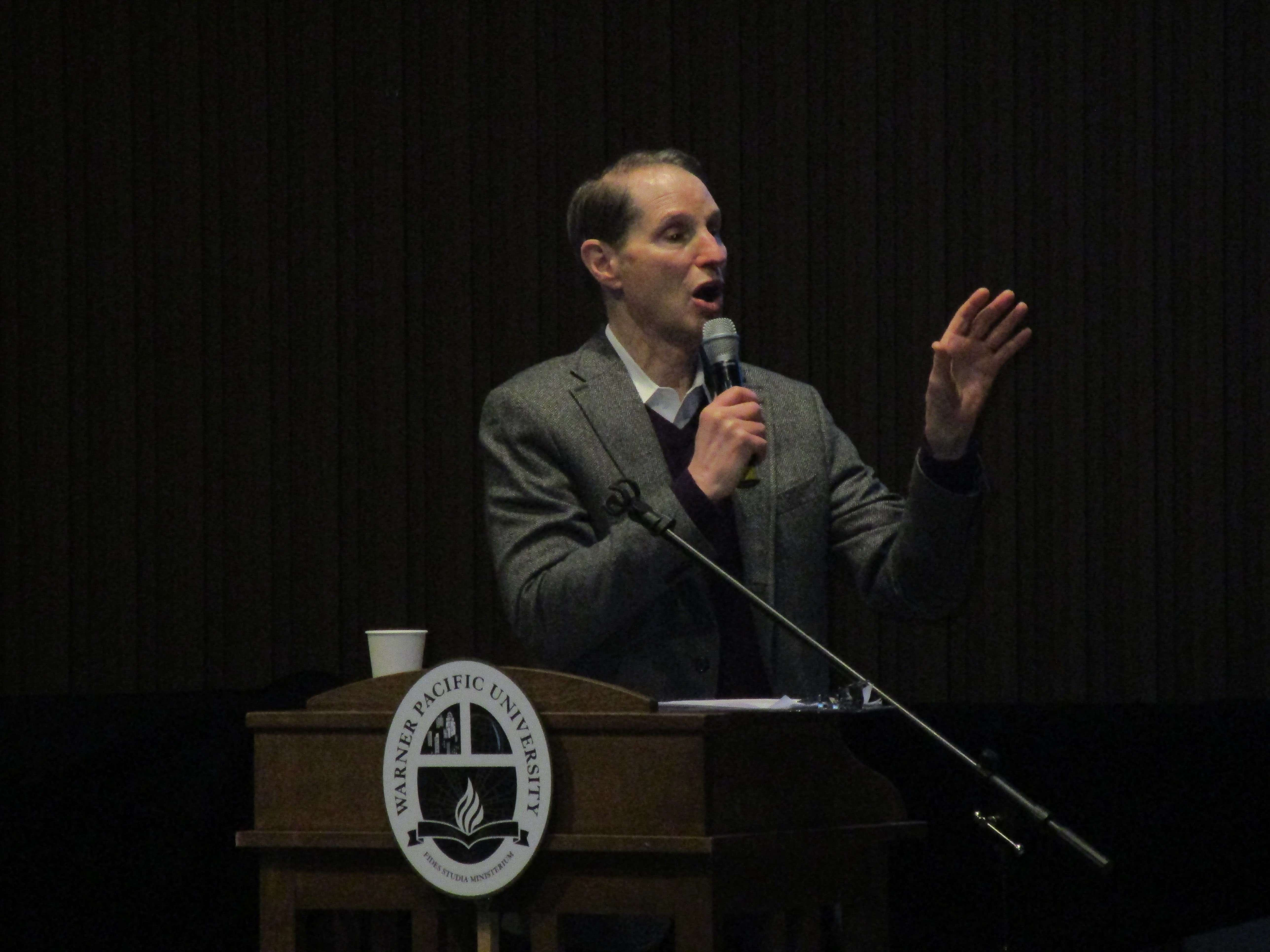 U.S. Sen. Ron Wyden is concerned that the Trump administration’s push to transform Medicaid into a system many fear would gut the safety net that helps youth with mental health needs.

Wyden spoke about his concerns this weekend at a Portland forum about youth mental health hosted by Multnomah County Commissioner Sharon Meieran. About 200 people, mostly teenagers, weighed in on youth mental health needs at the forum, which took place at Warner Pacific University.

Wyden told The Lund Report he’ll do everything in his power to fight President Donald Trump’s efforts to shift to a block grant program. The block grant program would give states the option to receive a fixed amount of funding in exchange for more flexibility in determining who is enrolled in Medicaid. States also could cut benefits, including what prescription drugs are covered, and add out-of-pocket costs in place for enrollees. Most Oregonians on Medicaid pay nothing.

The administration’s proposal has been widely criticized as a way to curtail health benefits for low-income people in the program. Critics also are concerned because it would threaten the coverage of millions who gained coverage when Medicaid expanded through the Affordable Care Act.

“You basically would see the unraveling of key parts of the health care safety net,” Wyden, the ranking member of the Senate Finance Committee, told The Lund Report.

In Oregon, 283,975 children between 6 and 18 years old were enrolled in Medicaid in January, according to state data. That figure includes children helped through the Cover All Kids program that assists families regardless of their residency status.

Statistics about youth and mental health are alarming: 16% of Oregon adolescents between 12 and 17 years old reported having at least one major depressive episode, according to a federal survey. That’s 3 percentage points higher than the national average of 13%.

“What you’re hearing from young people is that so often, they feel that they have nowhere to turn,” Wyden said.

Wyden said he’s pushing to get legislation through that would set up a three-digit national hotline for people to call when they are considering suicide or facing another mental health crisis.

Meieran told the assembled youth that she wanted to hear from them.

“What is the most important voice in any of the decisions we make is the voice of the people impacted by our decisions,” she said.

Vivian Le, a 17-year-old junior at David Douglas High School, and Jason Anajovich, a 17-year-old senior at Madison High School, both of Portland, moderated the event and introduced questions about the needs and potential solutions as youth talked them through in groups.

Feedback from youth ran the gamut. They generated ideas that included education about mental health starting earlier – perhaps in elementary school instead of high school;  better access to medications and other services; and incorporating mental health education throughout a school year’s curriculum instead of making it a one-time workshop.

Le said afterwards that the event was a great way for youth to make their voices heard.

“I think it was very empowering,” she said.

Meieran said after the forum that it’s critical for youth to have a place to voice feedback about a system that impacts their lives.

“We need to start early and focus on well-being and resilience because when you get to the point where you’re talking about suicide prevention, it’s too late,” she said.

Feb 23 2020
News source:
The Lund Report
Keywords:
ron wyden, mental health, Sharon Meieran
×
This article is for premium subscribers. If you are one, please sign in below.
You can see two more premium stories for free. To subscribe, click here. We depend on premium subscriptions to survive, and they are tax deductible.
Sign InGo Premium Not now