Charity Care Spending Falls by Half at Providence Hospitals 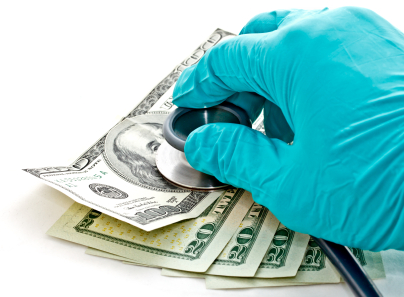 How is healthcare reform helping – or hurting – the financial bottom line at Oregon’s hospitals? Are nonprofit healthcare organizations paying reasonable salaries to their top executives, or are the millions of dollars that hospital leaders earn each year unreasonable? And what are the other effects of a continued push to make care cheaper and more evidence-based?

For the third year, The Lund Report is launching an in-depth examination of Oregon’s hospitals: How profitable they are, how many people they serve, and how much they spend on compensation. The series begins with a review of the state’s accredited hospitals, and an assessment of how each measures on a set of key metrics.

In addition, The Lund Report is reviewing Medicare claims data from the American Hospital Directory and hospital debt information from bond databases.

The series starts with a snapshot look at Providence Health & Services and its eight Oregon hospitals. Next week, we’ll delve in to the finances of the Legacy Health chain.

Providence Health Services has its roots in a Canadian community of nuns, who left Montreal for the U.S. West, landing in Vancouver, Wash., in 1956. They started by serving orphans and the elderly, then

two years later founded a hospital there, according to a company history. Over the following decades, Providence grew by founding new health programs across its region, and also by agreeing to administer hospitals established by others.

Today, Providence Health and Services is a five-state Catholic nonprofit health system with 34 hospitals, numerous clinics, care programs for the elderly and disabled, and a large health insurance plan. Headquartered in Renton, Wash., the chain has been expanding, and now describes itself as the third largest not-for-profit health system in the U.S.

Eight of the chain’s 34 hospitals are in Oregon, with Willamette Falls the newest within the state to join the system, after it affiliated in 2009. Earlier this year, Silverton Hospital considered an affiliation, but ultimately opted to align with Legacy Health over concerns that becoming a Catholic hospital might restrict local access to reproductive care.

Providence Health & Services Oregon, the nonprofit subsidiary of Providence Health and Services that runs hospitals and clinics in this state, reported to the IRS that its 2013 revenue less expenses – an approximation for its profits – totaled $141.8 million, up from $129.5 million the year before.

Full-year 2014 financial results for Providence’s eight Oregon hospitals won’t be out until late this fall, but preliminary figures already show a dramatic drop in uncompensated care that seems to be the result of Affordable Care Act reform. On Jan. 1, 2014, health reform began to drastically expand access to healthcare with large-scale enrollment in Medicaid-funded Coordinated Care Organizations, as well as government-subsidized private insurance for people with moderate incomes in the state.

From Jan. 1, through Sept. 30, 2014, Providence’s Oregon hospitals reported that they provided $173.9 million in uncompensated care, in the form of bad debts from people unable to pay their bills, as well as free or discounted healthcare provided in the form of “charity care.” During the comparable nine-month period in 2013, Providence’s Oregon hospitals spent more than twice as much - $354.3 million – on uncompensated care.

According to IRS filings, $35.8 million in total compensation was distributed amongst Providence Oregon’s top paid workers – among them Washington-state-based Providence corporate officials who receive some of their pay through the Oregon nonprofit. Also among top paid employees were a number of executives and administrators, as well as three high-billing cardiologists. Of the 33 well-paid Providence officials whose incomes were disclosed on 2013 tax filings, five were women. Click the attached spreadsheet to see full details.

Click here for the report done two years ago

Small shifts in revenue or expenses can have a big impact at a small hospital, as tiny Providence Hood River Memorial Hospital has experienced. When charity care costs climbed by more than $400,000 in 2013, and patient revenue dropped by $636,112, this hospital edged slightly into the red, reporting a slight net loss for the year.

One of two Medford hospitals (the other is Asante Rogue Regional Medical Center), Providence Medford offers a full range of services to patients in southern Oregon and northern California. It offers a cancer center, along with heart, spine and surgical services.

With 51 staffed beds, Providence Milwaukie is one the smallest acute-care hospitals in Oregon, and sees far fewer inpatient visitors than most hospitals in its class. But it remains busy with outpatient and emergency room visits.

With just 40 beds, Newberg Medical Center is one of Providence’s smaller hospitals, but it has deep local roots. It has served its community for more than 40 years. In June 2006, Providence Newberg moved into a new hospital building.

Providence Portland is one of the busiest hospitals in Oregon. It hosts the most outpatient visits of any hospital in the state, and ranks No. 4 for emergency department visits (behind Salem Hospital,

Providence St. Vincent and Adventist Medical Center). This hospital’s large Northeast Portland campus, where 3,160 people report to work, is home to a cancer center and also a child treatment center.

Founded in 1914, Seaside's hospital has been part of the Providence system since 1981. The largest primary care provider in Clatsop County, the hospital has been working to expand the services it offers to communities on Oregon’s north coast.

Providence St. Vincent is one of the busiest hospitals in the state, ranking No. 1 in Oregon for most patient beds, and No. 2 for both most emergency department visits (Salem Hospital was first) and most outpatient visits (Providence Portland is first.) Hospital officials are proud of the recognition they have

received, including magnet recognition for Excellence in Nursing Services from the American Nurses Credentialing Center. One in seven babies born each year in Oregon is delivered at this hospital.

After several consecutive years of operating losses, Willamette Falls Community Hospital in 2009 merged with the Providence System. At first, the losses continued. But the Oregon City hospital finally turned its financial woes around in 2012, when it posted a tiny profit of $3,434. Growth continued in 2013, when the hospital added 22 beds and saw its profit rise to a respectable $7.4 million.

Coming up: Next week, The Lund Report will examine the hospitals of Legacy Health.

Editor's note: This story previously contained incorrect net loss information for Providence Seaside. It has been updated to correct the error.

Jun 24 2015
News source:
The Lund Report
Keywords:
hospitals
×
This article is for premium subscribers. If you are one, please sign in below.
You can see two more premium stories for free. To subscribe, click here. We depend on premium subscriptions to survive, and they are tax deductible.
Sign InGo Premium Not now