FamilyCare received some of the biggest cuts, moving from one of the best-paid CCOs to the least paid. A state report shows that the CCOs were paid nearly as much for younger adults as they were for older adults, and a more refined analysis ordered by the feds caused the state to adjust rates more closely to actual claims.
By:
Chris Gray 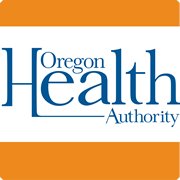 The Oregon Health Authority issued its final Oregon Health Plan rates for 2015, assigning the coordinated care organizations with figures that veer dramatically from their 2014 rates and create both winners and losers as the dust is settled.

While all CCOs received sharp decreases in the rates they were paid for adults under 45 from 15 to 46 percent, the payments for other groups were mixed -- the state raised rates for older Medicaid members as much 47 percent while lowering others as much as 14 percent.

Click here for a link to the table showing the rate changes.

The new rates came after pressure from the Centers for Medicare and Medicaid Services that the state begin using more refined actuarial methods and computer models to configure the monthly capitation rates that CCOs get for each member.

The total amount of money that a CCO receives fluctuates each month as Oregonians move in and out of the state Medicaid program, but the capitation figure is designed to provide enough money to comfortably cover the mean healthcare expenses for that population group, without wasting government dollars.

At the same time, Oregon is required to limit the growth rate for its Medicaid program to 3.4 percent a year.

Rep. Mitch Greenlick, D-Portland, said that the feds wanted to be sure they were getting their money’s worth, since they will be the ones paying for the full cost of the Oregon Health Plan for those adult members who receive care solely based on their income, as outlined in the Affordable Care Act.

Presented with this challenge, the state farmed out the number-crunching to Optumas, an Arizona healthcare reform consulting firm. Greenlick, a retired health researcher at Kaiser Permanente, met with staff from the Oregon Health Authority last week, concerned the cuts may be too steep. “There is a risk adjustment model … I came away a lot more confident with the process,” he said. “The model they [had] used for the expansion population overpaid everybody.”

Looking at the numbers, it can be easy to see that’s the case. The 2014 rates paid to CCOs for young adults were nearly as high as the payments they received for older adults, despite much lower utilization for younger members. At FamilyCare, for example, the CCO was paid $638 a month for adults 45 to 55, but just $13 less for younger adults. It’s that younger population where the biggest cuts were felt.

FamilyCare, one of two Portland-area CCOs, easily drew the short end of the stick -- the company enjoyed some of the highest rates in the state in 2014, but came in dead-last for 2015. FamilyCare’s rates were dropped 46 percent for young adults, and 11 to 13 percent for older adults.

Jackson Care Connect was one of only four CCOs that had received higher rates in 2014 than FamilyCare -- the others being the PacificSource health plan for the Columbia Gorge, Umpqua Health Alliance in Roseburg and the Eastern Oregon CCO -- which works almost exclusively with expensive safety-net hospitals for local needs. The Eastern Oregon CCO retained its position as the highest-paid CCO -- even as its rates for younger adults were cut 23 percent; its rates for older adults were raised 22 to 23 percent.

Another winner was Willamette Valley Community Health, which serves the Salem area. The 27 to 39 percent increase they received seemed to more than offset the 19 percent cut they’ll get to serve younger adults. When reached for comment, Willamette Valley executive director Bill Guest declined to comment.

And while FamilyCare has filed a lawsuit against the Oregon Health Authority over its unfavorable 2015 rates, its competing CCO in the Portland area, Health Share, was pleased with the process. Its rates for younger adults were cut by a third, from $577 to $386 a month. It will get nearly $50 a month more for this population than FamilyCare because the risk adjustment model showed Health Share’s members represented a higher risk.

FamilyCare CEO Jeff Heatherington could not be reached for comment.

Beside calculating rates based more closely on the real-time relative risk of their members in 2014, CCOs also saw a boost in payment if they work with higher-cost rural and critical-access hospitals. Willamette Valley, for example, has three rural hospitals in its coverage area, in Silverton, Stayton and Dallas.

Greenlick also predicted that the rate shock, and unpredictability of the rates given CCOs will  settle out. Now that a model has been established and claims data has been received about the new Medicaid expansion population, CCOs should expect 2016 rates that are similar if adjusted slightly higher to account for inflation. “This is an unstable period, where we went from serving 650,000 people to 1 million,” he said.