Pressure from OHSU and the governor’s office dooms a bill that would have created statutory requirements that self-insured health plans cover applied behavior analysis for children diagnosed with autism. OHSU and PEBB have instead announced they will voluntarily comply with the spirit of the bill drafted by Sen. Shields.
By:
Christopher David Gray 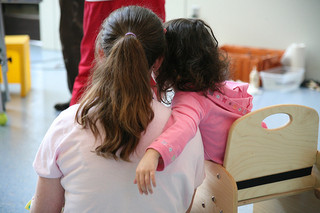 The Senate Health Committee killed legislation last week that would have required self-insured plans to cover applied behavior analysis for children diagnosed with autism under plans offered by the Public Employees Benefit Board and Oregon Health & Science University.

Sen. Laurie Monnes Anderson, D-Gresham, argued that the new legislation was unnecessary because OHSU and PEBB had given their word that they would begin covering the treatment in January 2015.

“Both PEBB and OEBB have worked to implement this mandate, including ensuring that any necessary changes are included in upcoming RFPs and carrier/administrator contracts,” she said, reading from an email sent to her by Oregon Health Authority lobbyist Courtney Westling.

But that logic still didn’t sit well with autism advocates and Sen. Chip Shields, D-Portland, who had put forward the concept behind Senate Bill 1523 with wide attention in January. Despite acting as the leading prescriber of applied behavior analysis in Oregon, OHSU has shut out coverage to its own employees, including plastic surgeon Dr. Michael Kim, who was forced to pay $30,000 in cash for his son’s treatment.

Shields angrily put Providence lobbyist Tess Milio on the stand to swear before the Senate Health Committee that Providence Health Plan would indeed voluntarily extend autism coverage to include applied behavior analysis in 2015 and comply with the spirit of SB 1523 and SB 365, which passed the 2013 session.

“I do think the biggest concern in this place is follow-through and commitment,” Shields said. “I realize this is going on a thousand miles over your head -- we will expect you to respect this Legislature.”

Providence currently administers the PEBB self-insured health plan and has previously promised to start coverage next January, but has fought a class-action lawsuit from the parents of autistic children in federal court rather than pay for ABA treatment until then.

PEBB is currently reviewing proposals for a new medical contract, and may choose to stop working with Providence, though the Catholic health system is the early front-runner in the contract selection.

OHSU President Dr. Joe Robertson announced in early January that he would change the hospital’s self-insured health policy to cover ABA starting in 2015.

“We’re very disappointed that we didn’t put a ring on it, and that we didn’t get durable language,” Autism Speaks lobbyist Shane Jackson told The Lund Report after the hearing. “Our families would feel much more secure with a durable policy, although we commend them for their voluntary compliance.”

The new bill attempted to fix a problem that autism advocate Paul Terdal discovered in his conversations with Insurance Commissioner Laura Cali last fall: Self-insured plans are not subject to the state insurance code -- and therefore SB 365, which was explicitly written to ensure coverage for public employees along with private insurance, does not technically apply to PEBB or OHSU.

SB 1523 originated as a committee bill for the Senate General Government, Consumer and Small Business Protection Committee, which Shields chairs. But Senate President Peter Courtney, D-Salem, who has close ties to OHSU, chose to reassign it to the Senate Health Committee, where Shields would lose control of the bill to Monnes Anderson, the health committee chairwoman.

The original bill would have subjected OHSU and PEBB to the state insurance code and the mental health parity act. Jackson agreed to an amendment that would keep their health plans immune to the authority of the Oregon Insurance Division, but still subject to state courts for compliance.

At an earlier hearing, Jackson said that all parties had agreed to the compromise amendment, but OHSU and the governor’s office re-asserted their opposition to SB 1523, resulting in a dead bill by last week’s final hearing.