The decision allows the plaintiff’s attorneys to represent hundreds of Providence Health Plan members in the legal suit about the insurance company’s decision to deny applied behavior analysis. A ruling on the merits of the case could come this spring.
By:
Christopher David Gray 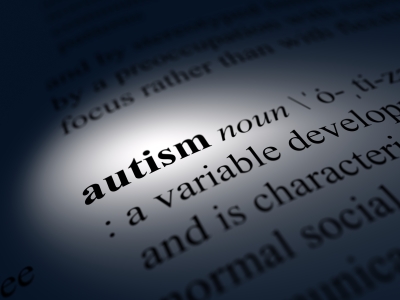 “The Court finds that Plaintiffs and all putative class members subscribe to Providence's group plan. The group plan contains an identical provision — the Developmental Disability Exclusion — that Providence concedes will continue to be applied to requests for ABA therapy going forward unless enjoined by this Court,” Simon wrote.

“All putative class members, therefore, have an interest in receiving an answer to the question of whether the Developmental Disability Exclusion is legal.”

The decision came on Christmas Eve, much like Santa Claus, for advocates of applied behavior analysis for autism, and it will allow their attorney to represent hundreds of children who have insurance through the Catholic health provider Providence, not just the two named in the lawsuit.

“[Simon] appeared to go item by item in the requirements of getting a class certified and found we had met every requirement,” said Keith Dubanevich, the lead attorney for the plaintiffs.

The two sides debated their positions on whether the case should be limited to the individuals named in the suit or a larger class of people in early December.

Dubanevich told The Lund Report that his legal team is only seeking injunctive relief, not monetary damages for the denied coverage. If the plaintiffs win there case, Providence would either have to pay for the treatment or find another rationale for excluding applied behavior analysis from its menu of coverage options.

It would no longer be able to count applied behavior analysis treatment for autism spectrum disorder as an uncovered developmental disability and refuse to pay for the therapy.

The class-action allows the court decision to apply to anyone covered by a federally regulated insurance plan, as well as the two children named in the case.

Providence Health Plan is the only insurer in Oregon to try this tactic to get out of paying for applied behavior analysis, but a Providence defeat could deter other insurance companies from asserting the same denial. A victory by Providence likewise could encourage other insurers to follow suit and deny care on the same grounds.

A spokesman for Providence declined to comment on the lawsuit, but noted that Providence Health Plan covers a large number of autism treatments, just not applied behavior analysis.

Applied behavior analysis is a wide spectrum of treatments rooted in behavioral psychology that work to change problematic behaviors in autistic youth and help children learn to relate to other people. If started before a child enters school, the therapy can be very intensive and works on reversing much of the disability. With older kids or adults, the therapy techniques focus primarily on eliminating the worst behaviors.

Walker said that Providence would begin covering ABA a year earlier than the law requires. With that the case, it’s somewhat puzzling that Providence has chosen to wage a court battle rather than agree to pay for the desired treatment. Fewer than 10 families with Providence Health Plan have attempted to seek ABA treatment for their children. In two earlier cases, Providence lost appeals when an independent physician opined that the treatment was not experimental.

Dubanevich said that both sides would submit motions to the court in January and he expected a court hearing before Simon on the merits of the case this spring, barring a settlement.