Oregon is expected to save $3.2 billion over the next five years by transforming its healthcare system with many of those reductions coming from hospitals
By:
Diane Lund-Muzikant 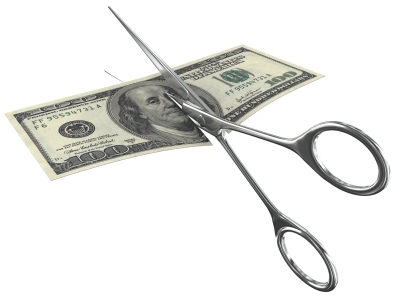 January 18, 2012 -- Legacy Health System is preparing to reduce its work force by 400 employees because of a $40 million budget gap that includes $30 million in Medicaid payment reductions. Employees will be notified by February 15.

Of those 400 positions, the majority – 230 -- will come from administration at Legacy’s six hospitals, its medical group, laboratory and research functions, according to Brian Terrett, director of public relations, while the remainder represent support for healthcare operations such as information technology, marketing, public relations, legal and accounting.

“Each senior executive is responsible for part of the reduction,” Terrett said. “Ideally, we want to protect care at the bedside, areas of growth that will help in the future and areas of focus in healthcare transformation. Unless something drastic occurs, these are the only reductions we expect for this year.”

“Even with these reductions,” he told employees, “we will still have uncertainty around future Medicaid and Medicare reductions that may influence our actual budget gap. So we must find ways to increase revenue while we continue to tightly manage expenses.”

According to Brown, “severe Medicaid cuts and increases in the number of uninsured patients are responsible for most of our budget gap,” and he called the labor cuts “critical and unfortunate” adding, that “patient care quality and strategic growth areas are our first priority, and will be spared as much as possible.”

A recent analysis by a healthcare analyst, Doug Elwell, principal of Health Management Associates (HMA), who was hired by the Oregon Health Authority, indicated that the state could save as much as $3.2 billion over the next five years by overhauling the Oregon Health Plan – with many of those reductions coming of the pockets of hospitals.

Asked for a response, Andy Van Pelt, director of communications for the Oregon Association of Hospitals and Health Systems, told The Lund Report:

“Lower hospital costs in the Medicaid program, according to HMA’s analysis, will come from lower utilization estimates. By focusing on well care vs. sick care, the hope is that we will reduce utilization of inpatient hospital services for Medicaid recipients.

“Hospitals will in essence be asked to do less with less under this program – a laudable goal and something Oregon’s hospitals are committed to working with all stakeholders to achieve. As we work toward this end, we would simply ask that we do so within a time frame and under a set of assumptions that are realistic.

“Oregon’s hospitals are one of the state’s largest employers, providing more 124,000 family-wage jobs. While the tendency is ‘let’s get these changes implemented tomorrow,’ we have a moral responsibility to be sure we do so in a manner that does no unintentional harm to community hospitals, their employees and most importantly, the patients they serve.”
Jan 18 2012
News source:
The Lund Report
Keywords:
legacy health system, layoffs, budget cuts, Health Care Transformation

One way hospitals reduce cost is to reduce staffing. Doesn't that increase the number of unemployed? Do these workers just disappear, or do they reappear elsewhere in the health care industry in someone else's cost center?

More and more jobs being cut,

More and more jobs being cut, lost, laid off, etc.....all that means is more families with no means to make a living for themselves. It is like a vicious cycle costs, lower payments from the government, increased costs due to the uninsured, investments not having a positive return on investment, CEO's and Directors of Boards still getting LARGE bonuses..... when does the maddness stops and the people DO SOMETHING about it!

How much of a pay cut is

How much of a pay cut is George Brown (and other highly paid Legacy executives) taking to help close the budget gap?

Lowering hospital costs because of lower utilization estimates due to healthcare restructuring is a good thing. If there are fewer patient readmissions due to improved community healthcare support--great! However, lowering costs by reducing either access to healthcare or eroding the quality of care currrently provided is quite another matter. To cut hospital positions --particularly any direct care positions--in anticipation that the new healthcare delivery models will result in decreased patient admissions is premature and ill advised. Nurses, techs, therapists are already minimally staffed. They already are sent home without pay when patient census drops. To further reduce care providers (and support positions) in anticipation of fewer patients is irresponsible. Wouldn't it make more sense and be safer to reduce (and retrain/transfer) staff as the new systems are brought on-line and demonstrated to work? Keep in mind that many of the legislative reimbursement reductions may still be reversed and increased (just like the physician's reimbursements were). Patient care, not profit, should be the driver in any health care delivery system and restrcturing of hospital positions. It doesn't make sense that budgeted reduction targets are set, and in a top down fashion imposed on mid-level managers to find ways to "cut". In fact this is illegal when it comes to the assignment of nursing hours to patients. By law in Oregon this is determined based on patient need and not cost. Further, it is not that fewer healthcare workers will be needed to deliver patient care under the anticipated new models of care. It is simply that the setting where this delivery of care is to take place will not be in an acute care facilitiy. Legacy should therefore be willing to retrain its committed and skilled work force to the anticipated community health positions rather than laying these workers off.

To decrease the number of

To decrease the number of hours at a bedside is in direct harm to patient outcomes.This has been researched and supported many times. Is there more discussion about home care dollars and community support for early discharge patients?

To the previous responder.....please re read this story and Google the story on these job losses that ran in the Oregonian earlier. It is clear that these very difficult decisions are not being driven in anticipation of transformational changes.....they are being made in direct response to actual cuts that Legacy and many other hospitals were faced with as the result of a mandated redistribution of Medicaid funds passed by the legislature and Governor in July and August. I understand from my legislative research that $80 million in Medicaid funding alone was shifted from hospital payments to the MCO's in this biennium. An incredible transfer of funds at a very difficult time of transition. I also understand that many other hospitals and health systems are faced with similar decisions to Legacy's and have either made significant layoffs already or are about to....as the direct result of the legislature's and Governor's action on this redistribution. Where's that story? And this is just the tip of the iceberg. As we transition and transform, the Governor has said that it is Oregon's hospitals that will be asked to change the most. As the previous responder noted, there will be ultimate good for the system over the long haul if done right and patients are provided care in the most appropriate settings. But, like it or not, these changes will result in significant financial challenges to hospitals over the next several years until they can transform their complex care delivery and financial models without compromising patient care. Hospitals are a service industry. Shifting dollars to other non hospital settings will result in lower hospital patient volumes and the direct loss of many many more hospital jobs at a most unfortunate time in our economy. Will some of these caregivers be able to get work downstream in our system? Maybe in some cases. But there will be real pain to our healthcare workforce and state income tax rolls in the meantime. Let's just be eyes wide open and make decisions with an understanding of the good and the definitely not so good as we rush to change. Thanks for your reporting.

It is all of the

It is all of the "mid-management" and "upper-management" that need to be looked at. It is all of the talkers and non-working that need to be reduced. The amount if mid-level "management" are just people who cannot handle the daily stress of working with patients and families and they are paid large dollars for their inability. It is very sad that the people who sit in their big offices, off-site, and dictate after they have attended their "retreats" in high dollar luxury resorts or facilities. It would be nice to have real workers be able to have input into where the cuts or reductions should be made. This industry has far too many chiefs and not enought indians!!

Hopefully Legacy Health will not consider reductions in clinical education and clinical staff ratios. As hospitals get smaller, the patients that remain in acute care will be sicker than ever before. Educational needs for acute care staff continue to expand as innovation and advances in medical treatment, quality & safety Initiatives, and HITECH continue to grow at an astounding rate. Healthcare is headed in a good direction, but decision-makers need to protect frontline clinical staff and education departments. Reducing the salaries of nurses and administrators and shifting to alternate models of care in acute care utilizing LPNS and MOAs at the bedside to do the tasks could be considered as first line strategies in cost-containment.

Shame on our Gov and

Shame on our Gov and legislature! Note the above statement about shifting monies from hospitals to MCO's. Managed Care Organizations whom the State pays for our folks on the Oregon Health Plan. They could pay that to the Hospitals and facilities to furnish thier care instead of these Managed Care Organizations. Illegals are also a huge drain on our system. If you saw the number of undocumented people in our State System you would be shocked. CWM/CWX are programs the public is not aware of. They continue to broaden the coverage and programs while taking away from the elderly and other needy people. It is the same for the lower classed Stateworkers as the Hospitals. They continue to keep thier top salaries while they lay off or make workers take cuts in wages and other benefits.