ZoomCare Snags New Seasons Market – Could Other Employers Be Far Behind?

Open enrollment ended last Friday, and the employees at New Seasons were given a choice of ZoomCare or Regence BlueCross BlueShield.
By:
Diane Lund-Muzikant 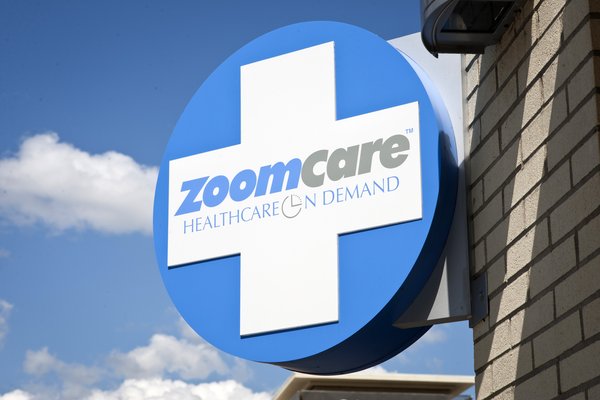 The news that ZoomCare has captured New Seasons Market came as no surprise to onlookers because the same equity firm that filtered millions of dollars into ZoomCare’s pockets has also heavily invested in New Seasons – Endeavor Capital.

As further substantiation, Stephen Babson, managing director of its Seattle operations, sits on the board of directors of both companies along with ESCO Corporation, Vigor Industrial, Columbia Sportswear, Pendleton Woolen Mills and Genesis Financial Solutions – all with Portland employees – who could become the next fertile ground for ZoomCare’s push into the insurance arena.

Endeavor Capital isn’t disclosing how much money it invested in ZoomCare, as a matter of policy, but did make a substantial investment, Sanders said, which could be worth up to $25 million On the Portland-based firm’s website, Endeavour acknowledged that its typical investment ranges between $25 million and $100 million, ”however it does have the ability to invest substantially more.”.

ZoomCare Health Plan gained approval from the Oregon Insurance Division in early 2015. It expects to file rates for the individual and small group market in April, which is mandatory for all insurers, and begin operating on the health insurance exchange Nov. 1 when open enrollment begins. It’s also working with the actuarial firm, Wakely Consulting Group to develop rates

Denise Honzel, president of ZoomCare Direct (the self-insured plan) and ZoomCare Health Plan, told The Lund Report that it’s premature to know whether the company will also submit a bid proposal for OEBB”s 146,000 work force and dependents. That RFP will be released in June and due two months later.

The 2,904 employees at New Seasons had a choice of ZoomCare and Regence BlueCross BlueShield when open enrollment ended last Friday, and their new coverage starts April 1, according to a company spokesman. Until now, those employees only one choice – Aetna – which will no longer be available.

Here’s the statement released by New Season’s regarding its decision to shift carriers:

“As a company centered around the value of choice, we are thrilled to now offer our employees the option to choose health coverage through Regence or ZoomCare. These are two health insurance companies that share our values, and will ensure our staff receives the highest quality service and care. Regence is a known leader in the marketplace and ZoomCare brings an innovative, local-grown option that will optimize our employees' choice of care.”

An independently owned grocer, New Season’s operates 15 stores in the Portland-Vancouver area and intends to open three additional stores between 2015 and 2016.

Endeavor invested in New Seasons in 2009 to provide partial liquidity to the existing shareholders, facilitate a transition to the next generation of leadership, and to support sustainable growth. Endeavour and the New Seasons Market and New Leaf shareholders, together, intend to continue investing in the company for long-term growth and sustainability, while preserving the company's mission and unique local and community-oriented strategy.

Together with her sales team, Honzel is aggressively assembling a sales plan, for both the large and small employer markets. “The team we’re putting together has at least 100 years – if not 200 years’ experience; they’re all very top notch people, this company has so much charisma, and it’s very exciting,” said Honzel.

“Our goal is to change the way healthcare is delivered, and this is such a fun place to work, there’s no bureaucracy.”

Georgann Helmuth, manager of small group and individual business, is responsible for development and management of the product and sales strategy. Most recently, she worked at the Oregon Health Insurance Exchange Corporation as a Business Development Manager and Operation, and earlier managed the sales of the small group and individual products for Kaiser Permanente’s Northwest Region.

Debbi Casterline, director of pricing and underwriting, is working with other members of the team to develop competitive product offerings in the market. She was Kaiser Permanente’s director of national accounts underwriting where she created Kaiser's first underwriting team that could centrally underwrite accounts across all of their regions nationally. Prior to Kaiser, Casterline worked at HealthNet of Oregon and Regence BlueCross/BlueShield of Oregon in various roles.

ZoomCare is the nation’s first neighborhood clinic and expects to have 28 locations in the Portland metropolitan area.