Which Oregon Hospital is Among the Most Expensive?

Sky Lakes Medical Center, the only hospital in Klamath Falls which could make its prices higher, particularly for the uninsured
By:
Courtney Sherwood 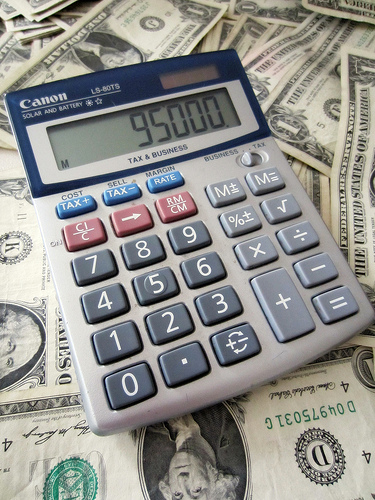 July 24, 2013 -- Sky Lakes Medical Center is one of the most expensive hospitals for the state’s uninsured, according to a Lund Report examination of recently released Medicare billing data.

On average, Oregon hospitals charged $17,915 to treat chronic obstructive pulmonary disease. Sky Lakes charged an average of $27,919 per patient. The statewide average bill for heart failure and shock was $17,548. At Sky Lakes it was $25,386.

And as the only full-service hospital in a 10,000-square-mile area of southern Oregon and northern California, Sky Lakes is also the only local option for many patients in the greater Klamath Falls area.

The official price tag doesn’t tell the whole story. Few, if any, patients ever pay full price for hospital treatment at Sky Lakes or elsewhere in the state.

Most people receive automatic discounts through Medicare, the Oregon Health Plan or private health insurance. Medicare paid Sky Lakes an average of $7,692 per chronic obstructive pulmonary disease patient, for example, some $20,000 less than the official charge. Insurers negotiate their own discounted rates with Sky Lakes. The hospital waives charges for patients living below 200 percent of the federal poverty level.

That leaves only a sliver of the population – those of moderate and higher means who lack health insurance. And they can get a 15 percent price cut if they call and ask, according to Sky Lakes procedures.

Sky Lakes Medical Center billed an average of $17,776 to treat kidney and urinary tract infections. After applying the 15 percent discount that Sky Lakes offers uninsured patients, someone without health coverage could expect a bill for $15,109.

Compare that to Legacy Good Samaritan, which billed an average of $15,514 to treat the same condition. After Legacy’s 35 percent discount, uninsured patients could expect a bill for $10,084 – some $5,000 less than they’d be asked to pay at the Klamath Falls hospital.

With so many different price tags for the same treatment, “billing procedures for American hospitals hold about as much logic and fiscal accountability as a lemonade stand,” said industry analyst Patrick Riley, of market research firm Frost & Sullivan.

Riley praised the release of data by the Centers for Medicare & Medicaid Services, which underpinned The Lund Report’s analysis, and called for greater scrutiny of medical billing across the country.

Asked to comment on how Sky Lakes sets its rates and why it consistently charges more than other Oregon hospitals, spokesman Tom Hottman issued the following statement:

“Sky Lakes Medical Center utilizes the services of Cleverly & Associates, a nationally known consultant, to look at the available hospital market data and recommend where we need to be relative to rates. Further, we have hired an intern this summer to do an in-depth study of our pricing structure so we can be confident our rates are appropriate.”

Some in Klamath County have said they believe the hospital’s bills are higher than the state average because of its monopoly status – without competitors, patients have few other options. But as a single-hospital health care entity, Sky Lakes also faces higher costs than many of its peers. It doesn’t have the buying power of big chains like Legacy and PeaceHealth, which can negotiate discounts when they buy in bulk. Rural hospitals also often have to offer higher salaries to recruit physicians. As a teaching hospital, Sky Lakes has costs that many of its peers do not. And Medicare billing data only reveal broad averages; it may be that Sky Lakes patients are sicker or harder to treat than people elsewhere in Oregon.