Washington County board says no to Measure 97 in split decision 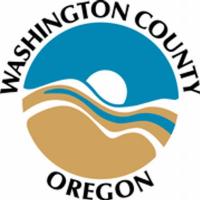 Washington County commissioners, by a 3-2 vote, will formally oppose Measure 97.

The Nov. 8 ballot initiative would raise a projected $3 billion annually by raising the corporate minimum tax by 2.5 percent on a business’s Oregon sales of more than $25 million.

Voting for an opposition resolution Tuesday (Aug. 23) were Chairman Andy Duyck and Commissioners Bob Terry and Roy Rogers. Voting against the resolution were Commissioners Dick Schouten and Greg Malinowski.

Elected officials can take stands on ballot measures. But under state law, neither they nor government staffs can use public resources to promote or oppose them.

The measure has sharply divided business groups, which have amassed millions in their campaign to defeat it, from the public employee unions sponsoring it.

Terry, who has been in the nursery business, proposed the resolution in opposition to Measure 97.

He said the tax would compound the cost to a farmer buying fertilizer, chemicals, seed and feed from businesses subject to the tax.

“It’s very regressive on the small businessman,” Terry said. “If he buys three or four items within the county, he is going to have to pass that (cost) off, so it is not really 2.5 percent. It compounds beyond that.”

The measure does exempt from the definition of “Oregon sales” purchases made within agricultural cooperatives.

But Schouten said state lawmakers can make adjustments to the measure, which raises money for education, health care and senior services through the state general fund.

“All of them are woefully underfunded, almost everyone agrees,” Schouten said.

“This is at least a good start to raise some of the money. We’ve got a tremendous shortfall at the state level.”

“I think the consequences of not finding additional funding for the considerable shortfalls, particularly on the education side, are far worse than the measure would do.”

Malinowski acknowledged that businesses will pass through any higher costs to consumers, but he is skeptical about the job losses estimated by Measure 97 opponents.

“I do not think we will have grass growing in the streets on this one,” he said.

“I do not think I have gotten enough information yet to feel comfortable with what the issues are.”

Duyck, who employs 20 people in a business that manufactures plastic and metal components, said the measure would increase the cost of power and supplies. He said half his output goes to exports in competition with businesses that do not face shipping costs.

“There are companies like mine that will be directly affected,” he said. “Make no mistake about it: It’s not even a question mark as to whether or not they will. They simply will.”

Rogers referred to voter rejection of a retail sales tax nine times between 1933 and 1993 — Oregon is one of five states without one — and said “this is definitely a hidden sales tax.”

“Our largest employers will simply shift activities out of Oregon, which is not good for our economy – and everybody is a loser,” he said.

Rogers also said the county and Clean Water Services – the latter a separate agency governed by the commissioners – also make purchases of materials from businesses subject to the higher tax.

“If we have to absorb those cost increases, property taxes and (utility) rates go up,” he said.