While normally a safe Republican seat, moderate Republicans say the seat is now the Democrats' to lose after a primary revolt threw out the incumbent Rep. Jim Thompson in favor of a hard-line conservative. The new dynamic could elevate Davis, who has worked in state healthcare programs for 15 years.
By:
Christopher David Gray 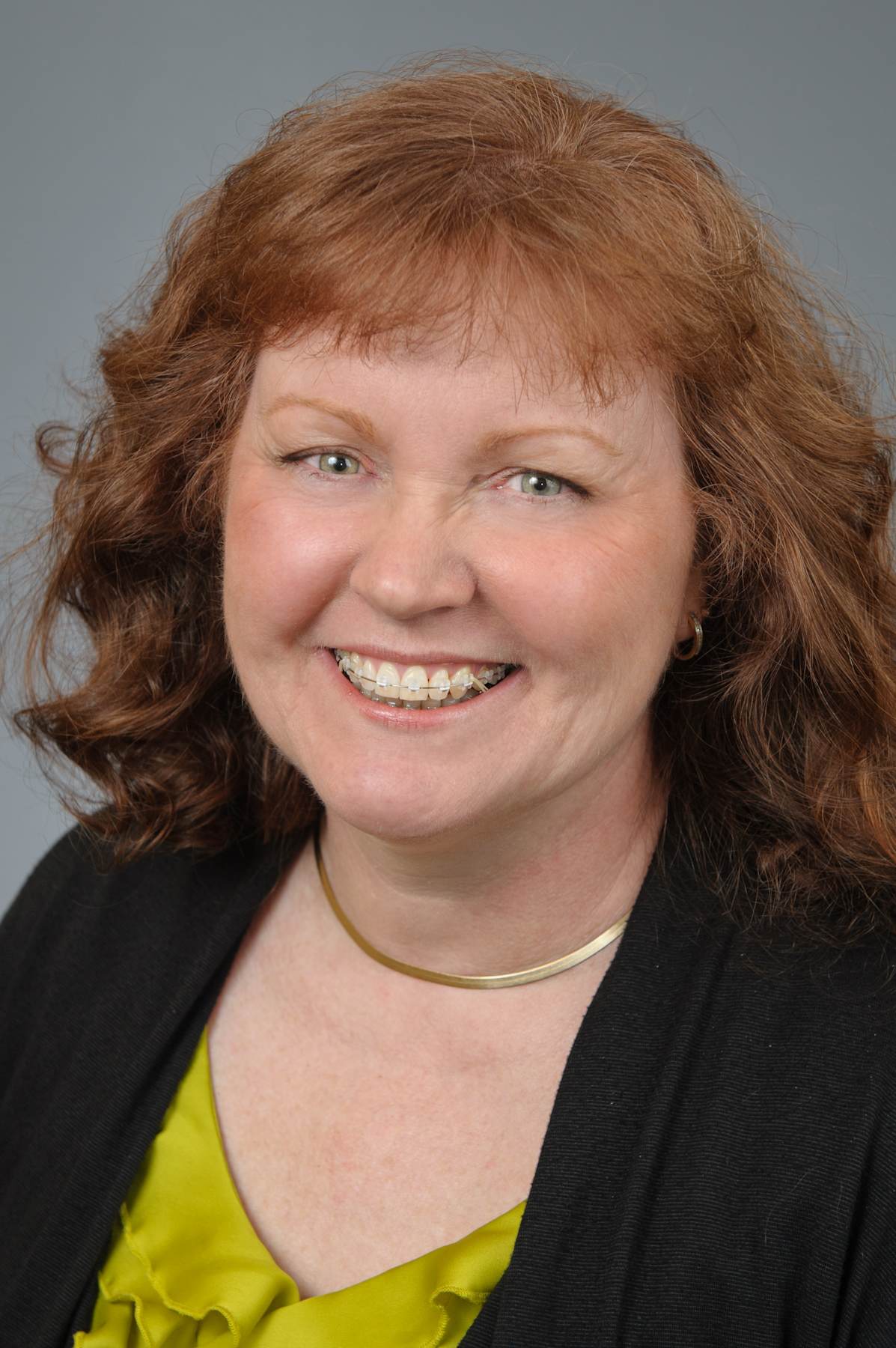 Wanda Davis has the kind of rags-to-middle-class story that used to define the role of government after President Roosevelt’s New Deal.

As a child, she lived four years in a one-room clapboard shack in the Willamette Valley countryside with just an outhouse. At 13, her mother took her and her two siblings away from their abusive birth father, trading that situation for the safety net of food stamps and public housing.

“I thank the good Lord and the people of Oregon that they made that available for us,” Davis said. But she said her mother would not allow them to accept the help without taking responsibility. Soon after going on public assistance, her mother took them by the Department of Human Service office to ask about volunteer opportunities.

Davis said they started volunteering by making visits to little old ladies in nursing homes. She graduated from cheering up old folks to offering rides to foster children and other social service clients, and the volunteerism eventually led to her first paying gig, at DHS.

As an adult, she served stateside in the U.S. Navy and has worked for the state of Oregon since the late ‘90s, first under Rocky King at the Family Health Insurance Assistance Program and later the Oregon Health Authority after that program was rendered obsolete by Cover Oregon.

Now the former chairwoman of the Polk County Democrats wants to take that experience in healthcare administration and serve the public as the next representative for House District 23, which includes Dallas.

The 23rd district isn’t one that would ordinarily appear on the political radar, and on the surface, the seat appears to be tailor-made for Republicans, a long narrow district that sprawls across the countryside on the western side of the Willamette Valley, gerrymandered around the urban centers of Corvallis and Salem.

In 2012, however, Mitt Romney won the district with just 54 percent of the vote. And, in May, a scorched-earth primary campaign from the party’s right-wing led to the ouster of the moderate Republican Rep. Jim Thompson.

This may have upended the usual political calculus and provided a rare chance for a Democrat to win a coalition victory of independents, Democrats and sympathetic moderate Republicans still reeling from Thompson’s loss to Mike Nearman, the chairman of the Polk County Republicans.

Nearman inflamed the state Republican party establishment when he campaigned to a 63-37 victory over Thompson after making dishonest claims that the Dallas representative was being investigated for his role in the Cover Oregon debacle. Sen. Brian Boquist, R-McMinnville, filed a complaint with the secretary of state’s office, accusing Nearman of filing irregularities.

In a sign of the continued disgust that moderate Republicans have with the idea of a Rep. Nearman, both Thompson and Boquist have spoken openly about the possibility that Davis, not Nearman, could win.

“If they [Democrats] consider it a safe Republican seat, they’ll have trouble,” Thompson said. “If they support it, she’s got a chance. It’s theirs to lose right now.”

Thompson offered Davis measured compliments and said her moderate to conservative Democratic politics would be more in keeping with the district than Nearman’s posture on the far right.

“She’s been around a while and she’s pretty bright,” Thompson said. He added that the Oregon Legislature still sees itself more as the people’s board of directors, and he had little tolerance for nonsense on either end of the political spectrum.

Davis described her political background by noting her adopted father was a proud union Democrat in the timber industry, but Thompson and Boquist pointed out that she used to be a Republican until the GOP’s big tent got taken down by the Tea Party, pushing many members into the arms of the Democrats.

"I switched my registration in 2008 during the primaries when I saw what my former party was offering as candidates," Davis explained. "I got involved in the Democratic Party in 2010 after a bunch of 'tea partiers' took over a [Congressman] Schrader town hall. All the disrespect and screaming gave me such a headache! I went home and sent Rep. Schrader a donation online and the next day I went to a Polk County Dems meeting."

On key healthcare issues, she spoke optimistically about the new coordinated care organizations that serve the Medicaid population and had harsh words for those politicians in other states who have rejected the federal money that’s expanded the Oregon Health Plan to 365,000 more people.

“It just seems like they’re screwing their own citizens,” Davis said. “They won’t allow the federal government to send back to the states the money they’re all paying in taxes.”

Davis defends her former boss Rocky King and supports the mission of Cover Oregon despite its disastrous technological rollout. “If it was possible to do, Rocky would have gotten it done.” She said it was important not to conflate the technological failure with the success of getting people access to health insurance. Through a hybrid enrollment process, Cover Oregon has sold 95,000 insurance policies through July 21.

Some of those were for her personal friends, who had been denied insurance previously because of pre-existing conditions.

The Democratic Party and its allies have yet to put significant money behind her, and the party would have to keep its own big tent to avoid fracturing on its own ideological lines if they do take in more moderate members like Davis.

Thompson compared her to Coastal Democrats like Rep. Deborah Boone of Cannon Beach and Sen. Arnie Roblan of Coos Bay. The Oregon Coast has a Democratic tradition because of strong labor unions, but voters there are quite different from Portland or Eugene liberals.

The House Democratic political action committee has spent about $16,000 so far this election cycle on eight different candidates, but nothing to Davis, as the party seems focused most on the four seats in the Portland Metro area that the party picked up in 2012 along with Rep. Brent Barton of Oregon City, who had the narrowest victory last election at just 304 votes.

Nearman’s two principle sources of income have come from a pair of groups focused on social issues -- the Oregon Family Council, which opposes equal rights for gays, and Oregon Right to Life, which opposes abortion. Thompson also opposes abortion rights, but it was his support for same-sex marriage that galvanized these two groups to help Nearman push him out of office.

The Democratic Party’s response to questions from The Lund Report was limited, but a statement focused on Nearman’s financial backers:

"Mike Nearman's campaign is bankrolled by extremist groups that would chip away at the rights of women and committed couples all across Oregon, distracting from the important work of getting our economy moving and making progress on health care,” wrote Andrea Cooper, the director of the Future PAC, which supports House Democrats.

“Citizens of Oregon's 23rd District deserve a representative like Navy veteran Wanda Davis who will fight for the middle-class, quality, affordable health care and for common-sense values in Salem."

Nearman would not respond to questions for this article, but in an earlier interview, he staked out positions on healthcare very far to the right on the political spectrum, opposing even popular regulations that require insurers to cover preventive care like colon screenings as well as those that force them to cover people with pre-existing conditions, comparing that practice to forcing auto insurers to cover jalopies.

He later denied the unfavorable comparison of sick people to junk cars after Thompson used the remark in his campaign literature.

Business, labor and healthcare interests spent heavily in support of Thompson during the primary, but one significant corporate donor -- Regence BlueCross BlueShield -- has signed onto Nearman’s campaign, handing him $1,000.

Thompson said if organized labor gets involved for Davis, it could be the game-changer.

“Nearman is so stridently anti-public union, she has a chance to raise some money,” he said. “SEIU has the money.”

Traditionally a big spender, the Service Employees International Union has held back so far in the general election campaign, supporting about a dozen Democrats with checks of just a few hundred dollars each. Davis is a member of SEIU Local 503 and said she is working for their political support as well as the other large public employee union, AFSCME.

Labor unions are not going to support Nearman, who has campaigned to privatize some government services to cut labor costs, but the gamble is deciding which campaigns would be the wisest investment, and whether Davis’ campaign makes the cut.

So far, Davis has received $1,000 from the United Food & Commercial Workers, and $500 from an unsuccessful Salem City Council candidate, Christopher Proudfoot. Additionally, interests aligned with the Coos County Democrats gave her just over $900.

Thompson, the ranking Republican on the Health Care Committee for the next five months, said if Davis does get elected, she and the other legislators will have their hands full on healthcare in the 2015 session.

Cover Oregon officials are buying time this summer brainstorming on their future even as the decision has been made to switch enrollment to the federal exchange for 2015 health plans. Thompson said the Legislature will be left with the hard decisions of how to operate the insurance exchange beyond the next open enrollment.

“Sometimes I regret leaving the Legislature, and sometimes I think I got out just in time,” Thompson said.

But Davis seemed to be enjoying her time on the campaign trail: “We’ve become so polarized these days. People forget that the government is us. We can call our representatives. We can run for office.”