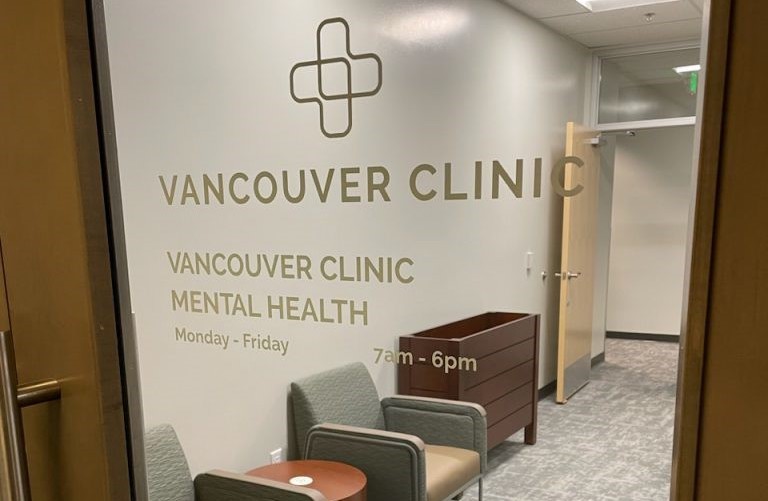 Vancouver Clinic plans to open the doors of its new mental health center on Monday, Jan. 16.

And Kim Schneiderman, the executive director of the National Alliance on Mental Illness in southwest Washington, said she is elated.

“It will fill a niche because there’s a 60- to 90-day waiting period for people to get mental health services in the area,” she said. “Any way we can get people into care is definitely necessary.”

The 85-year-old Vancouver Clinic calls itself the largest independent, physician-owned, multispecialty medical practice in the Northwest. With 460 clinicians and 1,600 staff, the clinic is also one of the largest employers in the area.

The new mental health center will be its 16th clinic and will house all mental health clinicians the company employs, making it the “centralized location for all Vancouver Clinic mental health services,” said Kelly Love, the clinic’s marketing director.

The new center is good news for mental health services throughout the community, Schneiderman said, including those outside Vancouver Clinic. “It will make people up their game,” she said. “Even if it’s unspoken, there’s a sense of competition between our agencies. Having a new set of people out there providing care is good.”

But supply is unlikely to ever keep pace with demand, she added.

“There’s been a huge spike in the need for mental health services, not just here in Vancouver, but also nationwide,” she said. “There are a lot of people who aren’t being seen, a lot of kids aren’t being seen.”

Love said the number of people seeking care has tripled since the clinic began offering mental health services in 2016. There was only a single provider back then. Now the team consists of seven therapists and seven psychiatrists.

Plans call for hiring an additional psychiatrist and five therapists this year.

Vancouver Clinic CEO Mark Mantei serves on the board of NAMI Southwest Washington, but Shneiderman said news of the new center caught her by surprise. “He didn’t tell us this was happening,” she said.

One of the challenges facing people seeking mental health services in southwest Washington is that many providers don’t accept Medicare. Vancouver Clinic not only accepts Medicare, Schneiderman said, but she hears good things from patients.

“I’m hearing totally marvelous things from the people who are going there,” she said. “They are responsive to people's needs … You just don’t hear that usually, how people are happy with the services they’re getting.”

Love said, “The new location is an exciting move for the team because it will provide them much needed room to grow, especially as they expand service areas such as perinatal and pediatric mental health.”

Tom Henderson can be reached at [email protected].

Jan 12 2023
News source:
The Lund Report
Keywords:
behavioral health, aging health
×
This article is for premium subscribers. If you are one, please sign in below.
You can see two more premium stories for free. To subscribe, click here. We depend on premium subscriptions to survive, and they are tax deductible.
Sign InGo Premium Not now