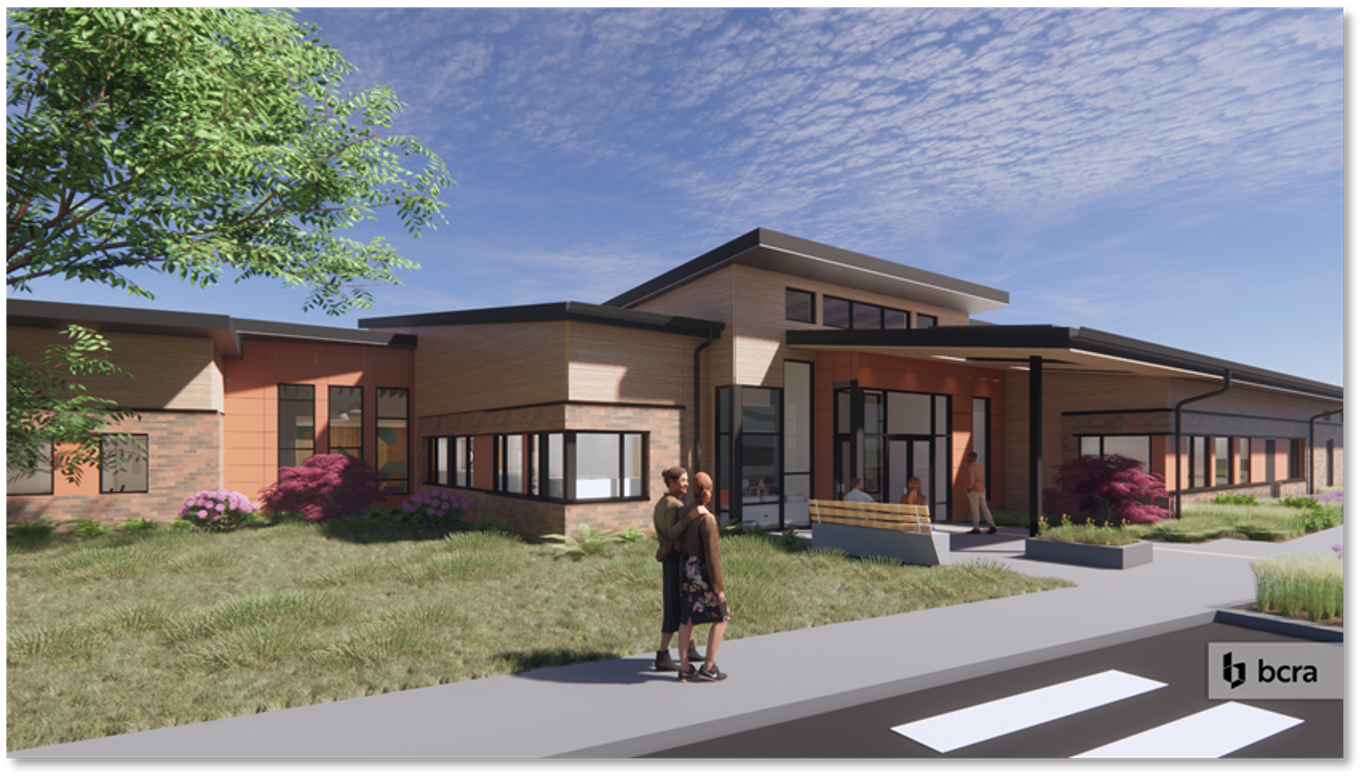 An artist's rendering of a new residential treatment facility slated for Vancouver, Washington./Courtesy of State of Washington

Washington officials want to fill more beds at the state’s two psychiatric hospitals with patients in the criminal justice system.

And to make room, state officials are building a 48-bed facility in Vancouver for people who have been civilly committed. More beds outside the hospitals would open up more bed space inside, said Tyler Hemstreet, a spokesperson for the Washington State Department of Social and Health Services.

The issues facing Washington’s state hospitals mirror those facing Oregon’s: There are more criminal defendants who need mental health rehabilitation to proceed in court than there are beds to treat them.

In contrast to Washington, however, Oregon’s health authority has put the onus on counties to create more in-community options with funding from the state. That process is moving slowly and the shortage remains great.

Department officials are applying for a building permit now that local public hearings are complete, Hemstreet said. Residential treatment stays will range between 90 and 180 days.

The start date for construction of the facility, slated for 12 acres on Northeast 50th Avenue near the Washington State University’s Vancouver campus, is tentatively set for next spring, Hemstreet said. “It’s been a bit of a moving target.”The facility is scheduled to be completed by winter 2024.

The new facilities in Vancouver will provide their services in a less institutionalized setting, one that is peaceful and residential, he said. A similar facility with 16 beds is scheduled to open early next year in Rochester, a town of 5,000 people 25 miles south of Olympia.

U.S. District Court Judge Marsha Pechman ruled in 2015 that state officials must provide competency evaluations within 14 days and must transfer people out of jail and into mental health centers within seven days.

Hemstreet said the Trueblood lawsuit spurred the plans to add beds for patients needing treatment. “They’re not getting what they need if they’re in jail. They need to be in state psychiatric hospitals,” he said.

State officials also plan to renovate the 150-year-old Western State Hospital in Lakewood. In addition to adding beds, plans include making the facility’s design more therapeutic, such as by allowing more natural light. Hemstreet said the project is expected to cost between $500 million and $600 million.

Washington is now seeing its first new mental health facilities in two decades, Hemstreet said, adding that, “This is a real statement of the Legislature putting its money where its mouth is.”

Tom Henderson can be reached at: [email protected]

Sep 20 2022
News source:
The Lund Report
Keywords:
sw washington, behavioral health, oregon state hospital
×
This article is for premium subscribers. If you are one, please sign in below.
You can see two more premium stories for free. To subscribe, click here. We depend on premium subscriptions to survive, and they are tax deductible.
Sign InGo Premium Not now