In new report, SEIU Local 49 argues that many hospital employees are under-paid, with 1,800 in Oregon receiving food stamps
By:
Courtney Sherwood 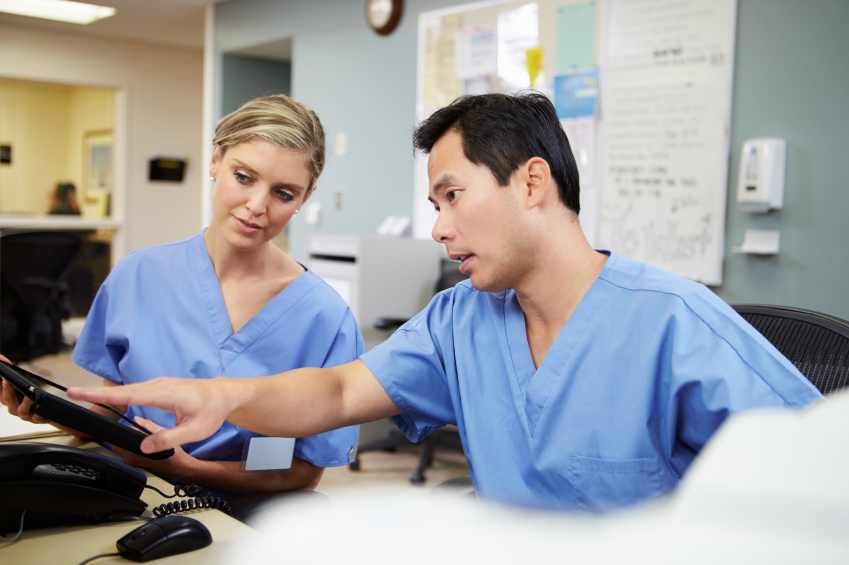 Nearly one in six hospital workers in Oregon makes less than $16 an hour, and some 1,800 of these employees earn little enough to receive food stamps, according to a report issued Wednesday by SEIU Local 49, a union that represents more than 10,000 healthcare workers in Oregon and Southwest Washington.

The report, titled “Do All Health Care Jobs Provide a Pathway to the American Dream,” singles out nursing aides, orderlies and attendants, along with other hospital support staff, who are regularly paid far less than the highly compensated doctors and nurses than they work alongside.

These one-year pay estimates assume the workers are employed full time, which is not always the case.

Drawing on the Economic Policy Institute’s Family Budget Calculator, SEIU Local 49 estimates that a single parent with one child working full time would need to earn more than $20 an hour to cover basic living expenses in Oregon. But nearly 30 percent of Oregon hospital workers earn less than this amount, the union reports.

It’s worth noting that a majority of Oregonians also earn less than the living wage that SEIU Local 49 has identified as necessary to cover living expenses. The median wage in the state is $17.24 per hour, meaning half of all Oregon workers make more and half make less, according to federal Bureau of Labor Statistics figures.

Responding to the SEIU report, the Oregon Association of Hospitals and Health Systems sent this statement by email:

“Oregon’s hospitals are proud leaders in providing over 50,000 living wage jobs in Oregon. Unfortunately, the data and conclusions in the SEIU report are based on extrapolations and assumptions designed to lead to a certain conclusion.  Their motives appear to have far more to do with attempting to grow their union membership based on distorted facts than they do with what our hospital and healthcare workers actually earn on average today.  The real irony here is that they have chosen to take aim at a group of employers whose pay and total benefits for their employees already reflects the very things they espouse themselves:  Wages that far exceed the federal and state minimum wage and generous health insurance benefits that provide a sense of health security for those covered.”

In their press release announcing the healthcare workers compensation report, SEIU officials said Julie Williams, a certified EMT and emergency room technician who has worked at Legacy Emanuel in Portland for six years, is illustrative of the challenges many healthcare workers face. Aa a single parent with two children, Williams qualifies for food stamps and the Oregon Health Plan, and when she and her daughter recently were treated at Legacy Emanuel they relied on charity care to help cover their bills.

“For a long time I didn’t want to enroll in the Oregon Health Plan out of pride and because I felt like caregivers should have affordable care without having to rely on public assistance, but costs rose so much that now I have to count on it,” Williams said, in a statement released by the union.

The SEIU report also included details of starting pay for certified nursing assistants at a number of hospitals across the state:

The union also singled out Kaiser Permanente for paying well within the state. Kaiser pays entry-level certified nursing assistants at $16.16 per hour.

The best-paid healthcare positions have seen wages grow by about $4 an hour over the past eight years, while those in support jobs have seen pay climb by just $1 an hour over that same period, the SEIU report says.

The Lund Report invited officials at several Oregon healthcare organizations to comment on SEIU Local 49’s report, but did not receive an immediate reply.

But in previous interviews, one healthcare chain – Vancouver, Washington-based PeaceHealth – has said that it pays close attention to the wages earned by its lowest-paid employees.

“I understand where concerns about pay are coming from, but setting compensation is complicated,” Sister Andrea Nenzel, who sits on PeaceHealth’s board, said in an

interview last year. “We strive to compensate all of our caregivers, including our executives, based on the 50th percentile of the market. We verify that using independent third-party resources.”

PeaceHealth’s mission has led it to set “living wage” salaries for even the lowest-paid people on staff, Nenzel also said.